It’s safe to say that the buzz around Turning Point has not been all good. First the release was pushed back from November last year to the end of February. Then, having released an Xbox Live demo that elicited some fairly hostile responses, the UK release was put back another few weeks to mid-March while Spark promised faithfully that the issues found in the demo would be dealt with by launch. Now the game is on the shelves, you can only wish it had either been delayed for longer, or just quietly put to sleep and swept under the carpet. This is one of the worst FPS games in recent memory. 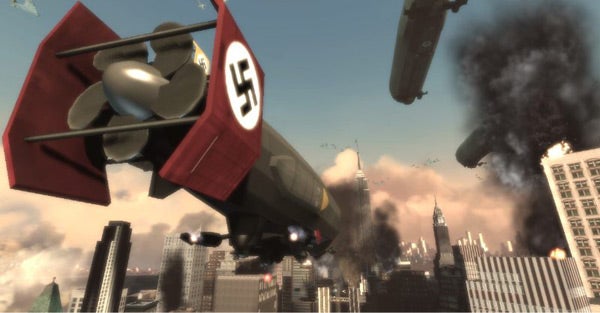 It must have looked very different on the storyboards and design docs, or when the original concept art was trotted out. The premise of Turning Point has a lot of potential. In an alternative WWII, Britain has fallen to the Nazis and only America holds any threat to Hitler’s armies (kept up his sleeves, in case you didn’t know). Cunningly, the Fuhrer and his goose-stepping chums unleash a surprise attack on the eastern states, quickly grabbing New York and Washington and placing a puppet president in the White House. As a member of the resistance, it’s up to you to thwart the Nazi plans and save the free world from tyranny.


Every now and then you catch a glimpse of how good this game might have been, as Zeppelins and Messerschmitts attack skyscrapers, SS Officers shoot civilians in a New York brownstone or the Chrysler Building lies in ruins across a Manhattan street. This could have been Bioshock meets Call of Duty 2; a game with the period detail and atmosphere of last year’s masterpiece, but with the heightened action and overblown spectacle of Infinity Ward’s WWII classic. Instead we have an absolute duffer. Turning Point makes Resistance: Fall of Man seem like Half-Life 2 or Halo 3. 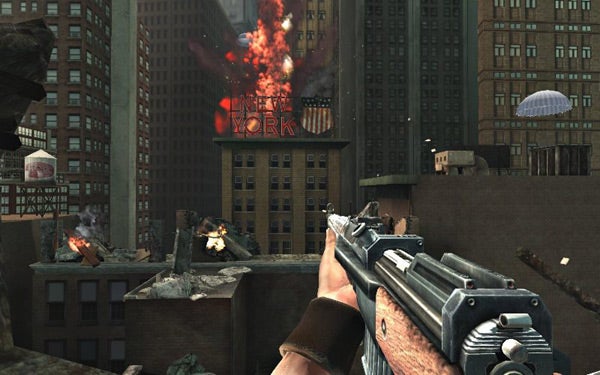 It doesn’t help that the visual experience is incredibly patchy. Somehow, Spark has managed to create a game using the Unreal 3 engine that features graphics so bland and lacking in polish that you can hardly credit it. Though some of the character models are decent and some of the surface textures bumpy or shiny as you’d expect from a modern FPS, I can’t quite put my finger on what Turning Point’s dull scenery, fuzzy textures and not exactly photorealistic cast remind me of. Is it Medal of Honor: Frontlines on the humble PS2? Time Splitters 2 on the same machine? Maybe Return to Castle Wolfenstein on the PC back in 2001? Either way, it hardly says good things about the game.

The graphics aren’t the only thing that feels dated. The AI, both for your Nazi enemies and the few allies you’ll find fighting with you, is horrid. Once again, the classic ‘duck-shoot-duck’ and ‘walk out into the line of fire’ manoeuvres seem to have been taught in Nazi military school, and it’s rare to find a group of hostile troops that can mount even a half-decent challenge in small numbers. At several points I actually witnessed my dim-witted opponents throwing grenades then running over them themselves – which at least saved me the bother of slaughtering them. 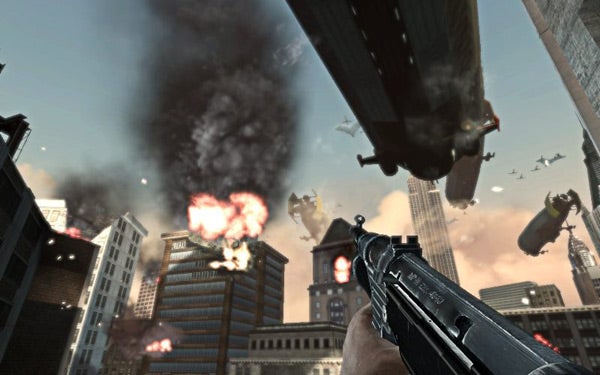 Combine this with remarkably uninspired level design – imagine Call of Duty 2 with more corridors and fewer large-scale set pieces – and you have a game where the action rarely takes off. There are exceptions, like a full-on assault on the Nazi occupied White House or the very beginning of a daring raid on the Tower of London (the rest of the level soon returns to the normal bog-standard) but these don’t crop up very often. In fact, the only way Turning Point seems able to ratchet up the tension – and the difficulty – is by either throwing in huge numbers of heavily armed Germans at various choke points or by spacing the checkpoints wider and wider apart. Once the game starts to combine both approaches, a mildly engaging experience turns into an occasionally exasperating one. Perhaps we should be glad that it makes you feel anything at all. 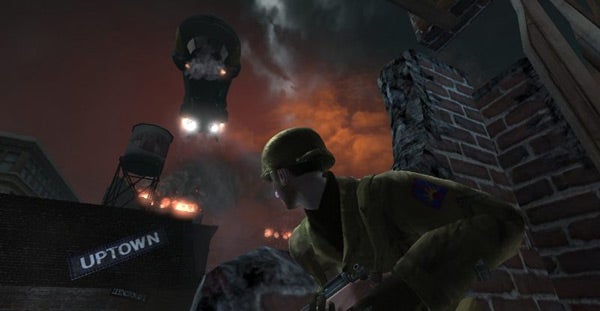 OK, so I’m being mean. Spark has managed to cram a few cool ideas in there. The best thing is the close-in grappling system. Get up close to a Nazi and press the B button and you can grapple with them, choosing options from the D-pad to either quickly eliminate Jerry or use him as a human shield – handy when you still have several of his mates to do away with. In some circumstances you can opt for an environmental kill, pushing Fritz into a waiting furnace or head-first into his TV set. There are also some attempts to give the game a human element, as you save citizens from Nazi brutality or come across people hiding frightened in the attic, but we’re not talking Half-Life 2 levels of poignancy here. 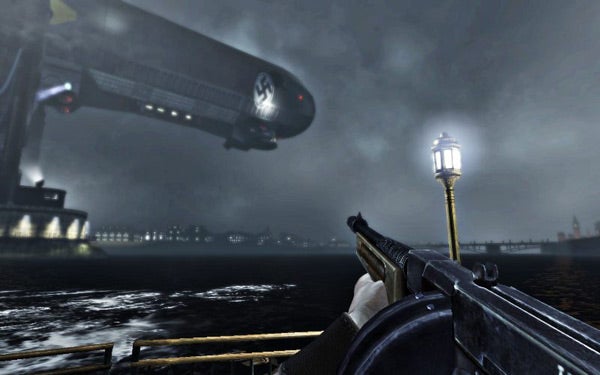 And that’s nothing compared to all the nonsense I haven’t even covered yet. It’s one thing to make a game full of moments where you have to climb ladders, dangle from bars or clamber over boxes or dumpsters, but why have it so that you first have to press a button then endure the agonising wait while the view changes to third-person and your hero goes through his animation. It’s just enough time for the local Nazi sniper to line up a shot and send you packing back to the checkpoint reload screen.

Turning Point is also riddled with technical issues. Glitchy animation, texture pop-in and frame rate stutters are only the start. At one point I was able to climb to a vantage point where I had a nice view of miscellaneous background objects floating in the skybox. At other points the protagonist would half disappear through an object he was climbing. In one hilarious cut scene I saw a Nazi run over by a tank, then reappear standing up, then collapse again as if he’d just realised he was doomed. I don’t mean to be cruel, but it’s all a little bit amateurish. 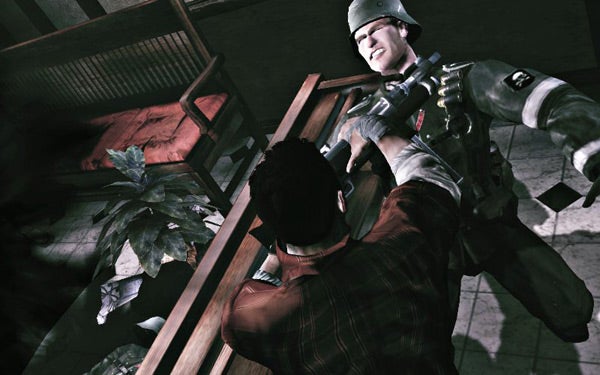 Throw in one of the most basic and unexciting multiplayer offerings in recent times and you have a game that anyone with any sense whatsoever should avoid. Turning Point is a seriously third-rate shooter. It’s worse than Timeshift, worse than Turok, worse than Kane and Lynch: Dead Men. I wouldn’t even know how to compare it to the likes of The Orange Box or Call of Duty 4, so I won’t. I’m sure Spark and everyone else involved had some good ideas and the best intentions, but these simply aren’t reflected in the finished product. Loath as I am to give pre-release buzz any credence, this time it was right on the money. Let’s hope everyone involved makes this a turning point and never produces anything this bad again.


Normally I’d mutter about rushed releases and waster potential, but Turning Point makes you wonder whether there was ever a good game in here. One to miss.