What is the Tritton Katana HD?

Tritton believes the Katana HD is the ultimate companion for audio-conscious gamers. Why? Because it’s the first wireless stereo headset to deliver uncompressed virtual surround sound – a great selling point if you desire maximum immersion and convenience in one.

It works on PC, Xbox One and the PS4 and features DTS surround sound tech to, hopefully, deliver top-notch surround sound. The Katana HD generally delivers, too. It still can’t match equivalent wired headphones, but it sounds better than headsets in its price bracket and going wireless is great for gaming. 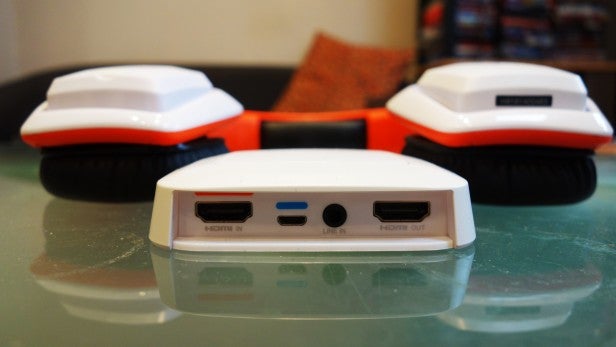 Central to the Katana HD is the little box of tricks that does all the heavy lifting. It’s powered by USB and has two HDMI ports – one input, one output. You plug your console or PC into the HDMI input and the HDMI output passes the video signal to your TV or monitor.

Once setup, you simply have to charge the headset using the supplied micro-USB cable, screw in the provided omni-directional boom mic, and then turn on the base station and headphones. From there the two will automatically sync. On PC, you’ll also have to set the Katana as your primary audio and communications device in Windows Sound settings.

The setup process was quick and easy on the PC, but a little more fiddly on the Xbox One. My Xbox initially didn’t recognise the Katana and required me to go into the console’s settings and manually instruct it to recognise the HDMI audio output. The boom mic also has to be cable-connected to the Xbox One controller’s 3.5mm jack to work, which is more faff than I’d like for a wireless headset. 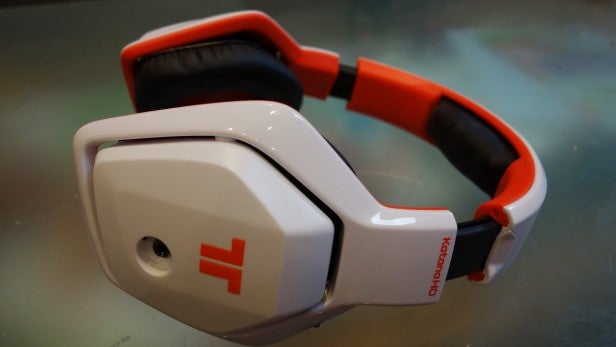 This is isn’t a subtle headset, either. The white and orange unit I tested resembles a prop from Mass Effect and is one of the most garish headsets I’ve worn in quite some time. It’s available in a black and orange colour combo, too, but that too looks a little over the top.

In hand, the Katana HD feels a little flimsy for a £120 piece of kit. The headset’s frame is mainly made of smooth plastic, and carrying it to a LAN party, the headphones picked up plenty of dirty marks. On style alone, I wouldn’t choose them, but that’s my personal preference.

Luckily, what the Katana HD lacks in style it makes up in comfort. The memory foam pads and adjustable headband provide a strong, but not too demanding, seal around your ears.

There are ample controls on the headset, too. Each ear cup has a volume dial: one controls the game’s audio volume; the other lets you adjust player communication volume. A mute button on the detachable mic makes it easy to shutdown voice chat if get stuck with a wannabe PewDiePie during matches.

Tritton claims the Katana HD is the first ever gaming headset to feature uncompressed surround sound. The feature works using a combination of HDMI and DTS Headphone:X technologies to deliver virtual 7.1 surround sound.

Fake surround-sound headsets aren’t anything new, but Tritton claims the Katana is special since it can play eight, as opposed to the more standard six, uncompressed audio channels. This enables it to offer more of a 360-degree sound using the headset’s twin 50mm drivers. 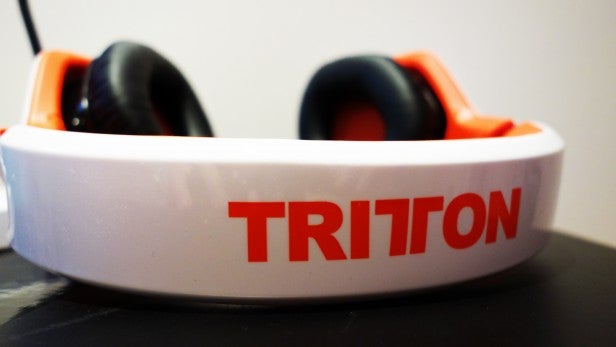 I’ve always taken claims about virtual surround sound with a pinch of salt. I’m yet to find a stereo setup that can authentically recreate a true multi-channel experience.

Past headsets I’ve tested have failed to offer a 360-degree sound and have instead made audio appear as if it is coming from a central position, even when the events on-screen make it look like it should be coming from in front of me.

The Katana HD is one of the better virtual surround-sound headsets I’ve tested, but it still doesn’t deliver a true multi-channel experience. Playing FPS games, there was a vague sense of the direction of incoming noises, but the soundscape was far from 360 degrees.

I never once believed the sound was emanating from behind me – an experience I maintain can only be accurately recreated with a true multi-speaker arrangement. Turning the surround sound off, I did notice a drop in performance and overall the sound became flatter. Overall, this makes the Katana HD one of the better fake multi-channel setups I’ve tested.

Uncompressed audio also made a subtle but noticeable difference to sound quality. At moderate volumes, the Katana HD offers reasonably well-balanced audio. The mid and high-end are suitably controlled and I didn’t notice any harshness or sibilance on soundtracks or in game audio effects.

The headset’s only serious issue stems from its slightly underpowered low-end. With the volume level set to 50%, explosions lack oomph and car engines in racing games lacked the rumble I expected. 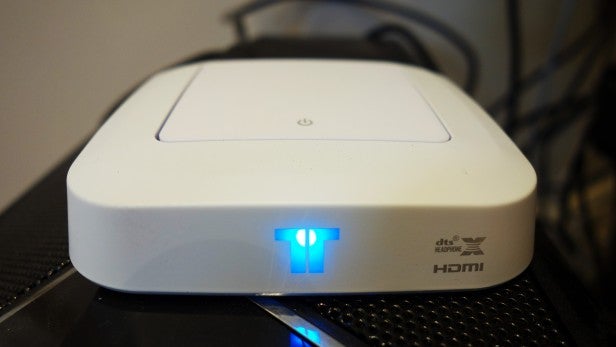 The issue becomes worse when you crank up the headset’s volume. While the mid and high-end level up, after you get to around 60% volume, the low-end seems to tap out. It’s like Katana has put a cap on the max low level in a bid to stop distortion from creeping in.

The end result is an unbalanced sound at high volumes. It remains markedly better than most of the wireless headsets I’ve tested, but it’s far from perfect – especially when compared to focused AV headsets or speaker setups.

Using the headset at medium volumes, I managed to squeeze between 12-14 hours use out of the Katana HD. With the volume at its maximum, the battery life dropped and the Katana lasted around 10 hours before needing a top up, which is still pretty impressive. 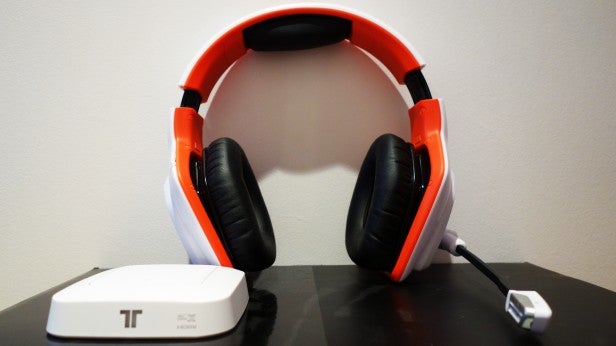 Should I buy the Tritton Katana HD?

If you’re an audio-conscious gamer then the Tritton Katana HD is a great choice. The headphones offer superior sound quality to competing wireless sets and have a lengthy battery life. However, I’m not convinced that this is an authentic 360-degree, multi-channel audio experience. With that said, this is an issue I have with close to all virtual surround-sound solutions.

With pricing starting at £120, the Katana HD isn’t cheap. You can pick up competing wireless headsets with virtual surround sound, such as the Turtle Beach Ear Force Stealth 450, for less than £100. Wired headsets will also generally offer superior audio and cost significantly less, but you’ll have to put up with the faff of being tethered to your games console or PC.

The Katana HD looks fairly ridiculous but it sounds great.