One of the great things about Xbox Live Arcade is that it gives Xbox 360 owners the chance to sample slightly obscure, left-field or older, classic games at a bargain-basement price – and often in a new high definition form. Pick a winner, and you can get a good few hours of gameplay for a lot less than you might have coughed up for some overhyped, underdeveloped new release. Download the trial versions and you need never pick a loser, but even if you do the £3.50 to £7 price tag shouldn’t smart too much. 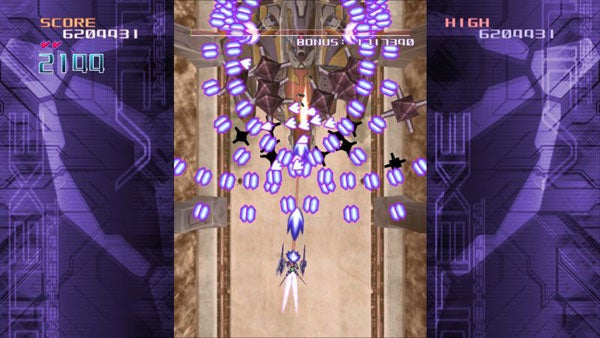 Triggerheart Excelica is one of the more obscure ones. It’s a conversion of a 2006 arcade shoot-em-up, relatively popular in Japan, but virtually unknown over here. It’s a top-down scroller in the mode of classics like 1942, Xevious and, more recently, Ikaruga, with a choice of two anime battle maidens going up against some kind of alien force led by a traitorous anime battle maiden with a bad attitude (or at least that’s my understanding of the rather sketchy plot).


What we have here, essentially, is a decent-looking, old-school 2D shoot-em-up created using modern 3D techniques. Thanks to an HD retune of the graphics, the various enemy fighters, tanks and backgrounds look pretty good and move extremely smoothly, with some nice 3D effects neatly integrated into the action. Launch a smartbomb, for example, and your current heroine zooms up into the air before flying down to administer the crushing blow. 3D is also used to create an illusion of depth in some of the level backgrounds, and polygonal models allow for some huge screen-filling bosses in the frame. 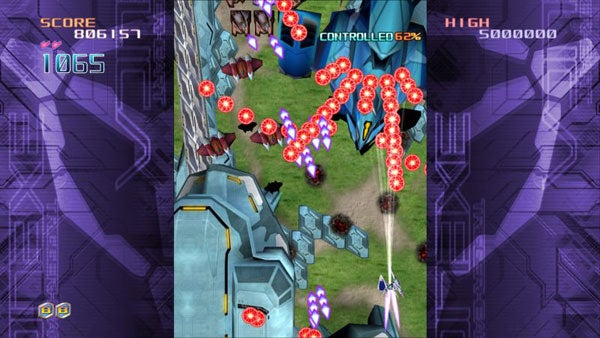 I couldn’t say that Triggerheart Excelica was a match for Omega Five on the visuals front, but it’s certainly no disaster. What might be a deal breaker for some are the huge bars at the side of the screen, which are required to keep the game’s original ‘tallscreen’ aspect ratio. You do have the option of rotating the action and either rotating the controls or your screen to match. Sadly, the former doesn’t quite gel while the latter isn’t really an option unless you play your 360 through a rotatable PC monitor. Do you really want to stick your large-screen HDTV on its side?

The gameplay, meanwhile, is a bit of an acquired taste. At first Triggerheart Excelica seems to be a fairly straightforward shooter – fire a stream of bullets upwards, dodge the bullets coming downwards, blow up anything that moves and leave the score-boosting gold chunks they leave behind. What soon hits you, though, is that there’s simply no way you can dodge all the bullets onscreen, while some of the enemies are just too tough to tackle, even when you’ve picked up a few power-ups. The trick is in the anchor feature, activated by pressing the B button. Hook your anchor on an enemy to capture it and you can spin it around, blocking enemy bullets and turning anything it hits into so much space dust. What’s more, the anchor can also be used as a lock-on for larger targets, angling your normally more dispersed stream of fire in their direction and enabling you to defeat the bigger ships, sub-bosses and end of level bosses with a little more ease. 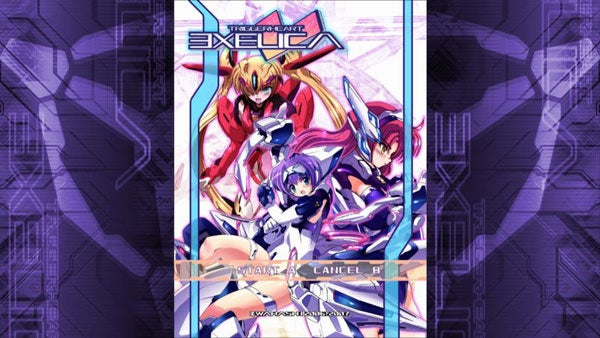 The main problem is the challenge level. Even with the anchor facility, avoiding contact with enemy bullets is virtually impossible, and while one bullet isn’t enough to wipe you out take too many and you’ll soon be one life down. The game has two ways of getting past this. First, it adapts the gameplay to your own skill level. It’s a nice idea, but my personal feeling is that the bosses and enemy waves get a little too wussy, while the bullets don’t get any easier to dodge. Secondly, you have infinite continues. The net result of this is that – even if you’re as utterly wretched at the game as I am – you’ll still get through the five levels in a little less than half an hour. While this won’t unlock many achievements or even the game’s proper ending, you’d need to be pretty committed to make it worth your while revisiting the game and trying to do it right next time. In one respect, then, it’s too easy, while in another it’s far too difficult. 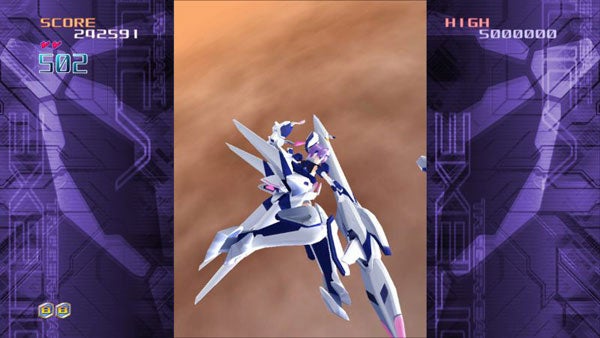 The result is a shoot-em-up that’s fun for a while, but certainly no Ikaruga. In fact, while I’m loathe to push the heinously difficult Omega Five on anyone who isn’t a fan of old-school arcade action, at least it plays a more satisfying game. If you love your ‘shmups’ and know the difference between a bullet-curtain and a methodical, then you might get a big kick out of Triggerheart Excelica. Otherwise, it’s a definite case of try before you buy.


Despite solid graphics and some interesting gameplay this isn’t the strongest shoot-em-up on Xbox Live Arcade. If you just want a quick blast, look elsewhere.