The Tribit CallElite 81 is a Bluetooth headset built to take calls and not much more. It offers reasonable sound quality and good microphone performance, but can be uncomfortable to wear and has a sometimes shaky connection. As such, it doesn’t earn an instant recommendation.

If the Covid pandemic has wrought any positive change across its interminable course, it has been the gradual proliferation of working from home (WFH) as an option for thousands of workers across the world.

Where once being chained to a desk in an open-plan office was a certainty for most, now many have the option to ditch the commute altogether, which has changed how we work. With workforces being increasingly geographically distanced, video calls are now more important than ever before.

The Tribit CallElite 81 is a direct solution to this need. If a dedicated Bluetooth call accessory was once a pleasant extra, it’s now a nigh-on essential purchase for many. Of course, Tribit isn’t the only company to have responded; others have taken a punt at producing a Bluetooth call piece, with some achieving reasonable success.

So, the question isn’t whether the CallElite is worthwhile, but whether it’s better than its rivals at the price point of roughly £55. Does it have what it takes to earn a place in your workflow?

In general terms, what we might consider an appropriate shape for a Bluetooth call accessory hasn’t quite yet crystallised. From the cheap headsets of the mid-2000s, through to modern-day earbuds, closed headphones and more, we’ve seen many different styles come and go.

From a design perspective, then, the CallElite doesn’t try anything particularly interesting or memorable. Beyond a few red accents, it’s fully constructed of matte black plastic, exemplifying a kind of call-centre chic.

The question of looks aside, at 70g it’s light and therefore initially comfortable to wear. With a single-cup design, it can feel unbalanced, though. I did find that with continued use the stabilising arm on the left could become uncomfortable behind the ear, which is unfortunate. We found also that the headband pinched the head with prolonged use.

Speaking of the microphone arm, it moves easily but offers enough resistance to stay in place without being a nuisance. The headset itself offers connectivity controls, a volume rocker and a power button.

No headphone jack is included, which is unfortunate for certain situations – if the unit runs out of battery and there’s no easy means by which to charge it, for instance.

For charging, the CallElite sits in an included cradle that connects to a charging point via USB-C. The device also has a USB-C charging port, if the base isn’t available.

In all, the CallElite has a utilitarian but functional design, which calls for a little extra padding for comfort and some improved adjustability.

Even if the CallElite isn’t going to win any design awards, it certainly has plenty of features for the price.

Starting with connectivity, the device comes with a USB dongle in addition to offering Bluetooth support. The headset connected particularly easily to smartphones and tablets, but found a little difficulty with Windows computers – although this may be at least in part down to the computer in question and the voodoo required to make Windows 10 play nicely with Bluetooth.

This issue was resolved with the use of the USB dongle, although it would be nice to see this adapted to USB-C, as laptops are losing USB-A ports with each passing year. Using the dongle as the means by which to connect also saw the normally steady connection become unreliable.

The CallElite supposedly offers multi-point connection, allowing it to pair with several different devices simultaneously. However, we found this function nigh-on impossible to activate.

Luckily, microphone quality on the whole was adequate. The mic rests on an adjustable arm and comes with a handy mute button. It can also bend in the opposite direction, allowing the headset to sit on either side of the head.

Listeners on the other side reported that they could hear us clearly, and that there was no interference. Interestingly, the CallElite claims to support ANC, theoretically offering three variable levels of intensity. We weren’t able to manually activate this feature – which isn’t mentioned in the manual – and as such had no means by which to judge its effectiveness.

Unusually for an audio device bracket, sound quality isn’t the most important factor for success when it comes to Bluetooth headsets. While it’s a pleasant bonus, these are devices for one specific use case – taking calls – and as such only clarity and a focus on trebles is required.

And by this metric the CallElite mostly succeeds. It offers a 30mm speaker under a single earcup that rests on the ear, and this offers a signal range of 2402-2480mHz. What this means is that you ought to be able to hear callers clearly and without problems, and we generally found this to be the case.

Transitioning to other uses, such as music, lays bare the issues found with the form factor. With a single earcup it’s impossible to get anything resembling isolation or stereo separation – although, as before, this isn’t the focus of the device. For its flaws in this area, there’s still some energy to the audio reproduction, and bass in particular is generally warm.

If you have a call-centric workflow and wish to listen to some music in between calls, the CallElite will suffice. Those looking for a more music-centric device should look elsewhere, however.

If you need a Bluetooth headset for video calls The Tribit CallElite 81 is designed first and foremost as a call-headset and offers good microphone performance.

If you’re looking for a budget headset At around £55, the Tribit CallElite 81 won’t break the bank; but there are cheaper options available.

The WFH market is booming, as more and more people look to give their home working environments a touch of the professional. For such people, and especially those taking calls regularly, a dedicated Bluetooth headset makes a lot of sense.

On the surface, the Tribit CallElite 81 might appear a great option. Packed with features for a relatively low price, it’s certainly a tempting package. It offers solid sound quality, battery life and good microphone performance, which are key to a successful headset.

However, comfort is also key, and in this regard the CallElite falls short. With an arm that “pinches” the head to stay on, it’s uncomfortable to wear for long periods. Paired with some frequent connection issues via the USB dongle, we can’t give it an instant recommendation; but it will be a decent option for many. Those concerned with comfort will be better looking for options with two earcups. 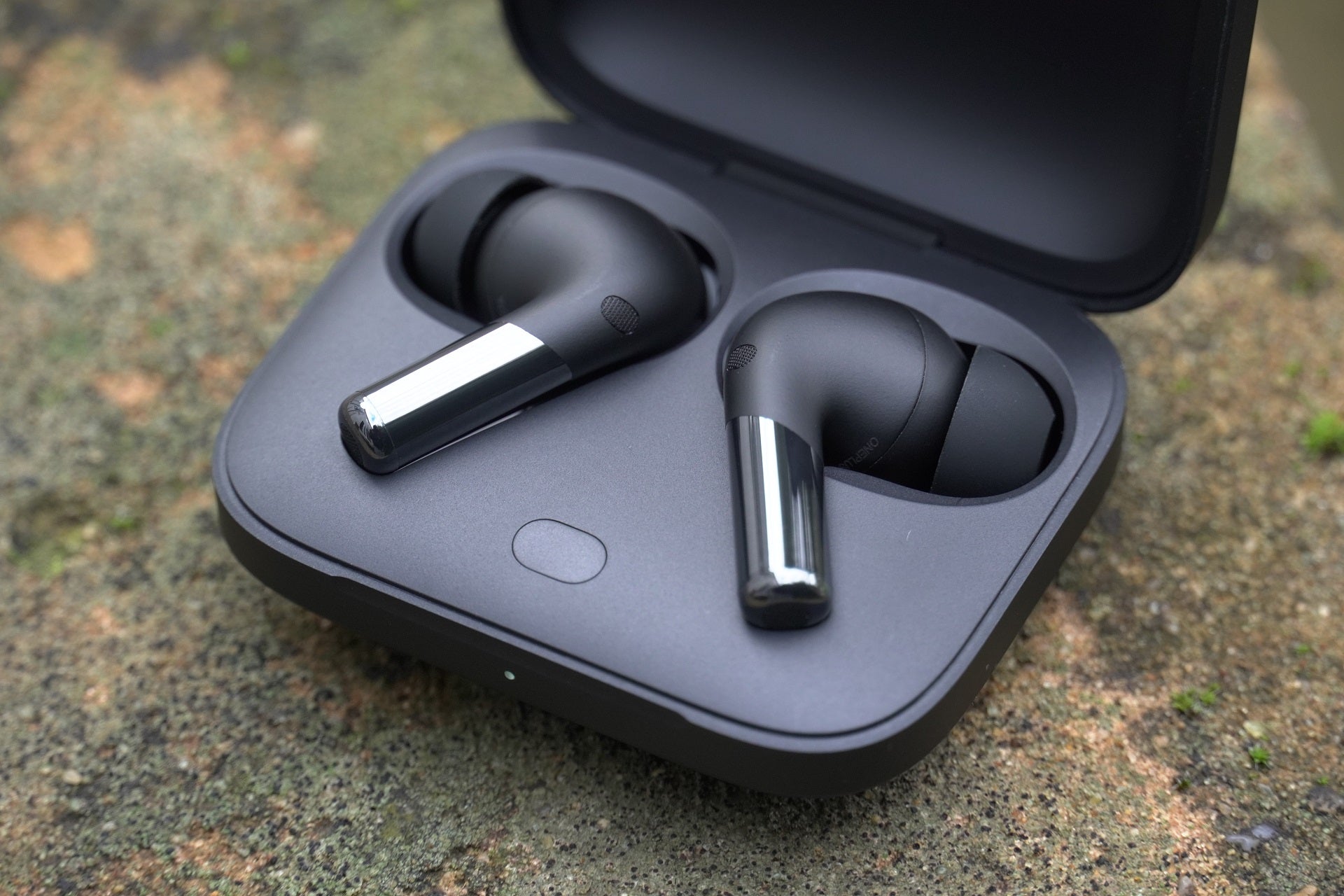 Which platforms can I used these headphones with?

Supported devices include Bluetooth on Android, IOS and PC devices