Along with ‘revolution’, ‘evolution’ is one of the most misused in video games. Too often it means “We’ve taken our franchise and given it a minor twist” or “Here’s the same game again with x new features and better graphics.” With Trials Evolution, however, it’s perfectly fitting. It’s a new Trials, a better-looking Trials, and a Trials with a mass of new features, but within you can still see the original, fiendishly addictive DNA of Trials 2 and Trials HD. 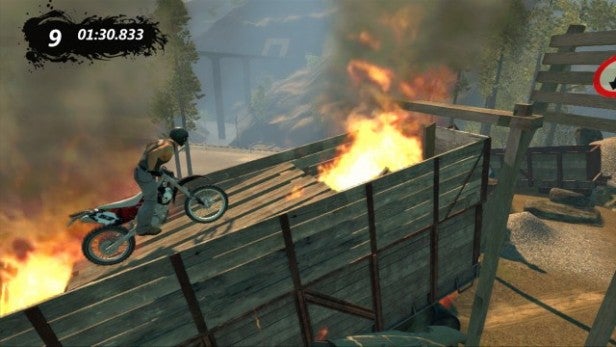 A Trial of Skill and Nerve
One strength of Trials has always been its simplicity: here’s a track with a beginning and an end, get a motorbike from one to the other as quickly as possible. The only thing standing in your way is a gauntlet of slopes, ramps, overhanging beams and gaps, and the knowledge that any misstep or accident will mean a restart at the last checkpoint, and seconds added to that all-important time.

The other strength of Trials is control. On one level, all you have to worry about is the throttle, your brakes, and the forwards/backwards posture of your rider. On another level, that’s more to worry about than you might think. 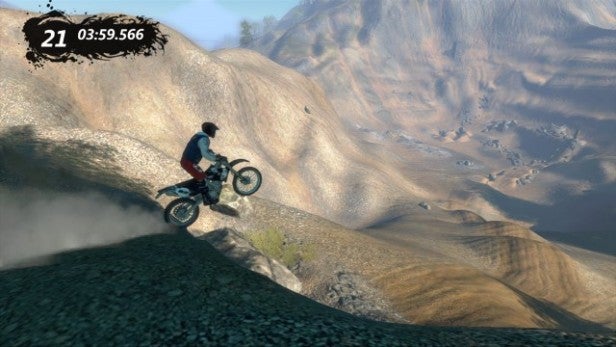 Get your posture wrong as you climb an incline or fall onto a downward slope, and your rider is toast. Accelerate too sharply as you accelerate up a slope, and the bike pulls off the front wheel and tumbles backwards. Trials isn’t so much a stunt-race game as a constant test of balance. Can you keep the bike upright and manage your speed as you hurtle and leap along the track, or will you come a-cropper over some seemingly minor obstacle? Do you have the skill and the finesse to succeed?

A Smoother Learning Curve
And here we come to the first step of that evolution. In the past Trials could be daunting for those lacking experience or commitment. Even early levels could be brutally difficult, core skills were barely explained, and the only real help you could rely on came in the form of ghost bikes for other riders, which allowed you to observe how they completed the tricky parts of the level.

Now Trials has itself found a balance, welcoming newcomers with license tests that actively educate the player, and a far more forgiving difficulty curve. You can play Trials for a good hour or so before you hit any major wall whatsoever, emloying the progression as simple, semi-realistic tracks give way to nightmare concoctions of rollercoaster slopes and loops, collapsing bridges and pivoting girders. 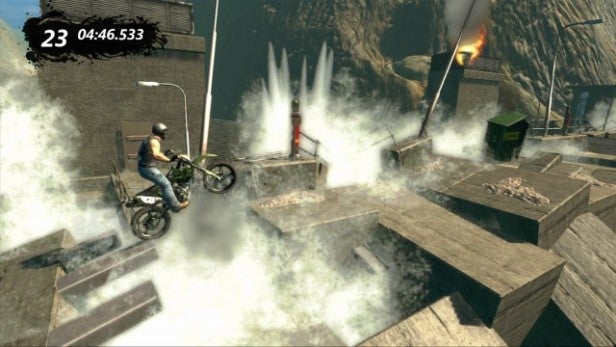 Of course, being Trials this generosity only goes so far. Each level has three medals available – bronze, silver and gold – and to access the later parts of the game you’ll need to collect quite a number. You can unlock the second tier of levels just by completing each track for bronze, but to get the second tier you’ll need to start getting silvers, and even golds, and suddenly Trials Evolution is not so easy. By the time you’re trying to unlock the third tier you’ll be working up a bit of a sweat, and even experienced Trials players will be struggling to complete and unlock the later Extreme stages.

Expertly Balanced
Trials Evolution is still a difficult game, then, and even mercilessly so, yet it’s rarely awkward, unfair or excessively challenging. The tricks you learn as you play – the little flicks of analogue stick and squeezes of the triggers – will hold you in good stead as you move on, and with time even the most fiendish obstacles can be conquered. No matter how impossible it seems at times, you can develop a feel for the game and the controls, and you can get better.

And while winning the silver and gold medals can be tough, all it really takes is a bit of focus and persistence, and the ability to string together a sequence of motions without losing control. Regular checkpoints and an instant restart make things easier, but as using them will cost you precious time you have to think to yourself: would a complete restart be more effective? The result of all this is that Trials Evolution is horrendously addictive. “Just one more go” you’ll find yourself thinking at 2am in the morning, only to remember that you said the same thing some twenty goes before. 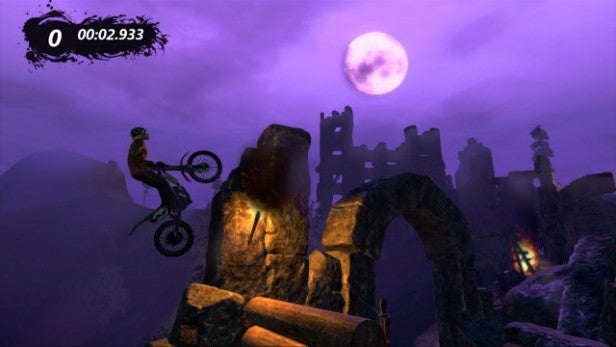 A Visual Evolution
In short, Trials Evolution is a more accessible and more enjoyable trials, but that’s not the limits of its evolution. For a start, it’s a less claustrophobic and more spectacular Trials, with levels that stretch out in open countryside, through junkyards, across rooftops and over mountains, and where the series’s implicit debt to platform games becomes explicit in levels that pay homage to gaming classics. By the time the medium levels start throwing in moving platforms and gushing water pipes it’s all gone a bit Sonic the Hedgehog – and sometimes to a fault – but it makes for a less dark and dour experience.

Added Features
Trials Evolution has also embraced multiplayer, with a supercross mode that puts four players on four separate tracks at the same time. While this doesn’t actually bring much of an element of racing to the experience, and there’s no real interaction between players, it does bring something else to the table: the chance to shine in front of your fellow players, and the humiliation of blowing it repeatedly on one easy section. In most games the moment the “Race ends in x seconds” message is the sign of impending disaster. In Trials Evolution, it can feel like the game is putting you out of your misery. 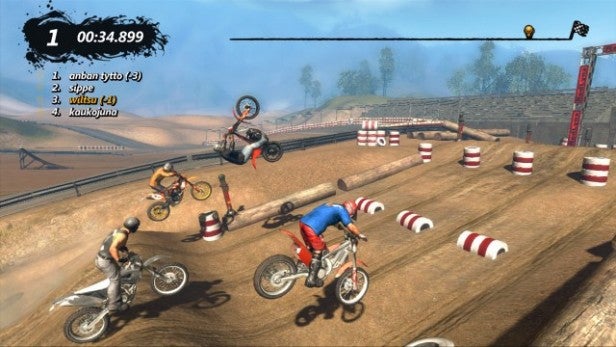 Finally, Trials Evolution has gone big on community features. Track-creation tools come in both basic and advanced versions, and while a certain ability to work in 3D space is required, most of us could drum up a simple track with a few ramps and obstacles, while the pro tools should, in theory, allow amateur creators to product tracks as sophisticated as those in the main game.

Trials Evolution is no LittleBigPlanet, it’s true, but the sample tracks we’ve seen so far show how versatile the tools can be, and it all means that even should you finish the mountain of content in the single-player mode, you could still be coming back to Trials Evolution for some time to come. 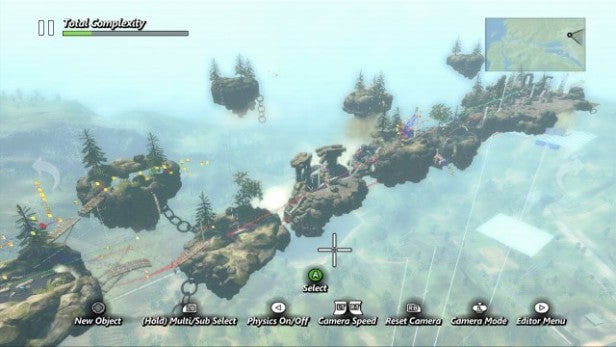 The ultimate thrill of Trials has always been in shaving seconds from your times and climbing your way up the leaderboard, but at times this has made it a game that appeals to a hardcore fanbase while excluding the masses. The greatest effect of this new stage in Trials’s evolution is that it provides a more accessible and satisfying structure without diluting what has always worked. Trials HD was a game we could recommend, but with a warning that it might not be for you. With Trials Evolution, that verdict applies with no reservations.

Verdict
Trials Evolution retains the core Trials DNA, but puts it at the centre of a bigger, better-looking and more accessible game. It’s still brutally difficult and demanding of real player skill, yet nothing is impossible if you’re prepared to learn and keep trying. Whether you’re hardcore or casual, a Trials fan or a noob, this is another Xbox Live Arcade essential.