Prices for wireless N routers have been dropping steadily and TRENDnet jumps on the bandwagon with a broadband router that’s only a shade over £50. You’d expect sacrifices to be made to get the price down so low but at first glance the latest Wireless N Home Router looks to tick all the right boxes.


The only key feature you won’t get at this price is Gigabit Ethernet as the router is equipped with a quartet of switched Fast Ethernet ports. If you believe the quoted 300Mbps top transfer rates for wireless N then these will cause a bottleneck for data transfers between users on the LAN and WLAN. However, we’ve never seen any product get even close to this so it’s not a real issue. 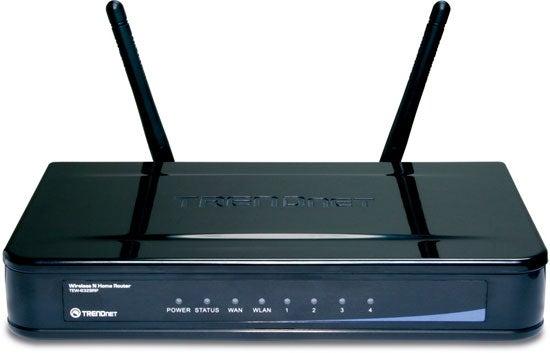 As the name implies, this router is aimed at home users and TRENDnet has made the installation routine as painless as possible. The CD-ROM setup routine runs through a brief tutorial covering physical connection and then moves onto router discovery and configuration. Sensibly, it offers an option to change the default administration password and then lets you enter your own wireless SSID if you wish. Next up is wireless security where you can pick from WEP and WPA or the foolhardy can leave it disabled. You can also install the bundled copy of Network Magic which provides a range of useful tools for configuring your network and adding shared devices but note this is only a trial copy which has a severely restricted feature set. If you like it then an upgrade to the Essentials version will set you back around £15.


So far, so good but at this point we came up against a major glitch as the router wouldn’t work with our ActionTec intelligent ADSL modem. This unit has proved to be a reliable companion for a long time and the TEW-632BRP is the first broadband router it refused to talk to. Essentially, the router’s WAN port wouldn’t accept a dynamically assigned IP address and we confirmed it wasn’t the modem by connecting it to an older TEW-631BRP where it worked fine. We advised TRENDnet of this problem and received a firmware update a week later. This failed to resolve the problem but a second update provided a week after this was successful. Admittedly, we can apply more leverage here than the average user but we were still impressed with TRENDnet’s timely responses.

Even if you don’t use the quick start routine the router’s well designed web interface fires up a wizard on first contact which runs through the same configuration process but also adds options to change the time zone, WAN port settings and Internet connection type and for the latter you can choose from static or dynamic addressing, PPPoE, PPTP or L2TP.


Standard security is provided by an SPI firewall which can’t be switched off but can be customised with a range of filters. First up are MAC filters where you can either allow or deny Internet access to listed addresses. The web blocking feature is a cut above the likes of Netgear as you can create a black or white list of URL keywords and domains. You can allow access to all sites except those listed but a more powerful feature is the ability to block all access except to those on the guest list. Users don’t get a warning message when accessing a blocked site – the browser just eventually times out with the standard message saying it can’t display the webpage. You also get protocol/IP filters allowing you to control access based on port or IP address ranges.

The Special AP option allows you to define specific applications that external users can be directed to via port triggers while the DMZ can be used for one LAN system to sidestep the firewall for full exposure to the Internet. Virtual servers also allow you to direct external users to a specific system on the LAN as well. The router can run in mixed wireless mode or you limit access to 802.11b, g or n clients only. Security is present and correct with options for WEP or WPA/WPA2 plus SSID masking and the router supports both PIN and push-button modes for quick wireless configuration using WPS (Wi-Fi Protected Setup).


As expected, wireless performance was well below the quoted speeds. We tested using TRENDnet’s TEW-624UB wireless N USB adapter in a 1.6GHz Fujitsu Siemens notebook running Windows XP SP2 and the best speeds we saw when copying a 690MB video clip over a WPA encrypted close range link was 59Mbps. This is par for the course for most wireless N products but the USB adapter actually costs more than the router making for poor value. We also tested compatibility with a Belkin N1 Desktop Card installed in a Boston 3.2GHz Pentium D PC running Vista Ultimate and saw speeds for the same test increase marginally to 61Mbps.


A low-cost wireless N broadband router that’s easy enough to set up and offers a reasonable range of features for the price. The URL filters make it more versatile but wireless performance is well below the touted speeds. 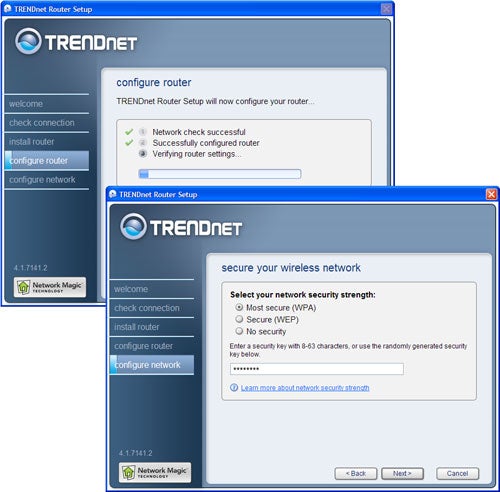 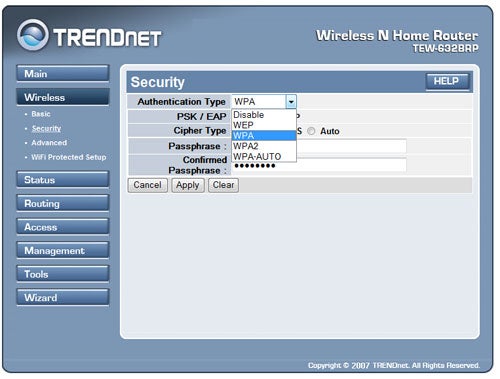 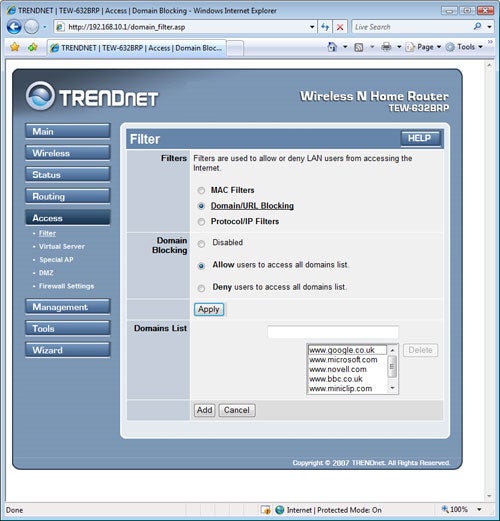 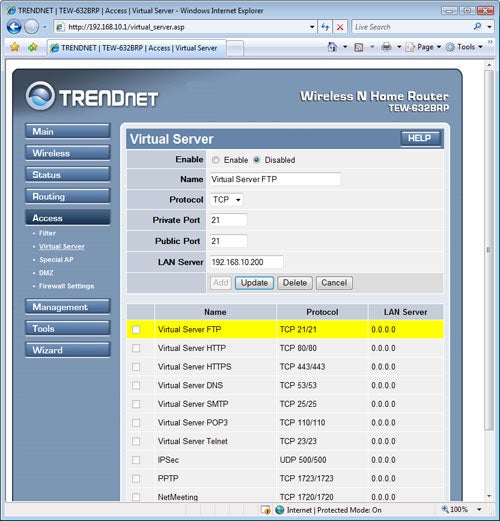 ”’(centre)Virtual servers allow you to direct external users to specific systems on the LAN.(centre)”’ 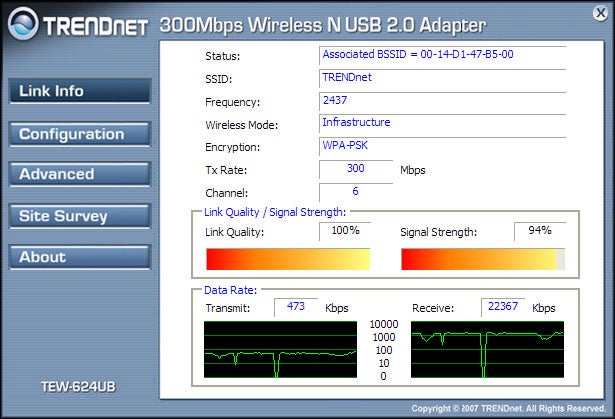 ”’(centre)The USB wireless adapter is easy enough to use but don’t for one minute believe the displayed connection speed.(/centre)”’