I’ve heard it said more than once that imitation is the sincerest form of flattery. If that’s the case then the engineers at Apple must be feeling pretty smug with the number of copycats attempting to outdo the iPod clickwheel navigation system. They also must be feeling pleased with themselves that no player has managed to improve on it. Could the TrekStor vibez be about to change all that?


It certainly looks the part. With its curved profile, smoothly sculpted chrome back and luxurious rubberised front panel it’s a joy to pick up and hold, and rivals any of the iPod range for style – not something you can say about many players. It’s also pretty compact, though that slightly bulbous profile (the player measures 105 x 50 x 18mm) means it isn’t as thin as the latest full-sized iPods or as small as the newer nano. 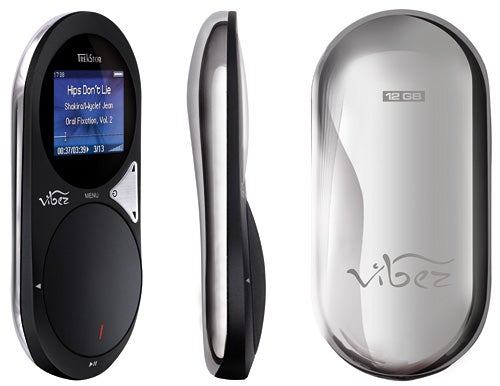 The vibez also attempts to rival the iPod navigation system with its own homage to the clickwheel system. Below the 1.5in, 176 x 132 colour TFT screen protrudes a large, rubberised wheel – not touch-sensitive like Apple’s, but mechanical. It works in pretty much the same way, too. Spin it clockwise or anti-clockwise and you can whiz through the various menus, track and album lists, and change volume with ease. The wheel is clickable so you can navigate through the menus without lifting your thumb and, because it runs on a magnetic track, it offers a kind of loose-feeling indexed feedback, clicking for each item you click past.


I couldn’t say, hand on heart, that the mechanical approach is ‘better’ than Apple’s clickwheel system, or that it’ll prove more reliable – the gaps around the edges of the wheel suggest it wouldn’t survive a trip to the beach too well – but it works just as well and there are things about the rest of the player that help it to gain an edge.


For example, the vibez has dual volume controls. The slightly weird-looking triangular brushed aluminium button that sits between the circular screen surround and the wheel turns the player on and off, but also allows you to change the volume when the player is locked and while you’re browsing music. 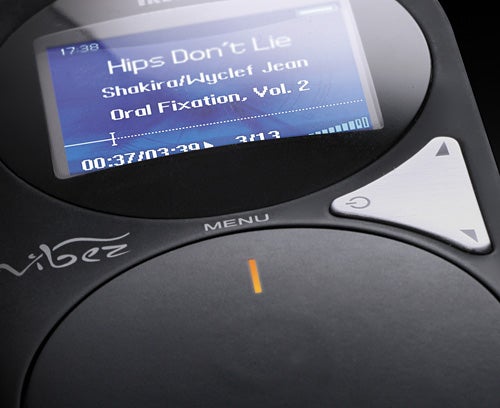 The menu system and navigation is, if anything, slightly more intuitive than Apple’s too. There’s far less moving the thumb over to the middle of the wheel to select things. Selecting albums, tracks and so on is a two-stage affair – you first navigate to the initial letter, then to the item you’re after. This sounds laborious but if you have hundreds of albums to browse through it speeds things up massively, and there’s much less wheel-spinning to do.


In fact the only irritation with the vibez controls is that there’s no dedicated hold control and with the wheel so light and sensitive it’s something you want easy access to. Instead, to lock the player you have to click and hold the centre of the wheel and power switch together, something you need both hands free to do and which can be fiddly.

The vibez also packs lots of useful features in. It allows you to create playlists on the fly, something you can’t do on a nano or most other flash-based players. It has a line-in – the headphone socket doubles as an input – and an integrated microphone for turning the player into an impromptu dictaphone. There are two soft keys you can customise to access functions you use frequently and there’s a dedicated photo-viewer with surprisingly powerful features. You can use this to browse by camera make, model, description and even date taken, as well as simply by folder and thumbnail. However, eschewing the PMP (personal media player) approach of an increasing number of small MP3 players, it can’t playback video.


Battery life is on a par with the iPod video with up to 20 hours of playback available, though this will drop if you insist on listening to high bit rate files at loud volume levels. A bonus here is that it’s user replaceable – just pop the back off by pressing a bent open paper clip against the release mechanism located at the top of the back cover.

File format support is excellent. Like the iAudio7, the vibez not only supports the usual WMA (32-320kbit/s) and MP3 (32-320kbit/s CBR and VBR) files, but also WMA-DRM9 and WMA-DRM10, OGG Vorbis up to Q10 (500kbit/s), WAV and lossless FLAC files. The big advantage it has over the iAudio is that it has a whopping 8GB more storage space, so you can realistically encode all your music in OGG 10 and still fit around 60 albums or so on the player.


File transfer is as easy as you want to make it. You can drag files straight to the device’s music folder using Windows Explorer, use your choice of media player or use the bundled Magix MP3 Maker SE software. 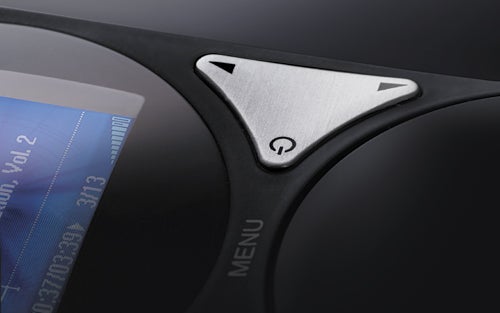 Sound quality is better than the iAudio7, too, and OGG Q10, FLAC and MP3 files encoded at a decent bit rate sound absolutely cracking, with a balanced and neutral feel to them. For really thumping bass, you do have to fiddle with the equaliser settings a bit, but otherwise it’s up there with the best mobile players I’ve heard from the likes of Sony and iRiver.


I initiated the all-important listening tests with Stacey Kent’s wonderfully well-recorded album, The Lyric, and was immediately impressed. Jim Tomlinson’s mellow saxophone sounds so real that you can hear the graininess of the reed as he takes centre stage in Manha de Carnival. You can quite clearly make out the random ‘ticking’ of the drummer in the background on this track, and Miss Kent’s vocals are rich and buttery smooth elsewhere.

But it’s not just jazz this player is comfortable with. Feed a bit of classical through it and you’ll find it deals with orchestral strikes as well as it does virtuoso saxophone solos. Try a bit of guitar-based heavy rock and it’s just as good – a session with Six by Seven’s highly complex album, The Closer You Get proved that beyond doubt, giving the hard driving rock a real sense of grandeur and scale. 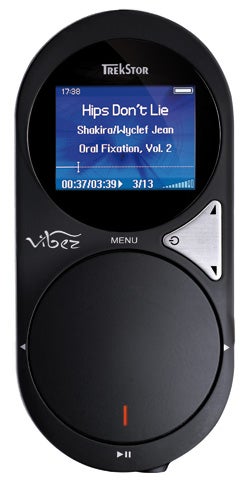 The only weakness is a slight lack of power. It’ll go loud enough to power most smaller headphones to deafening levels, but owners of larger headphones with lower sensitivity and higher impedance might be a little disappointed with its slightly quieter than average top volume.


However if you don’t already have a set of good phones you’ll at least be able to start enjoying the vibez’s capabilities straight out of the box as it comes with about the best set of earbuds you’re likely to find bundled with any player – expensive or not. They’re made by Sennheiser and, while at the budget end of that company’s range, they reproduce the bass, mids and the highs commendably well. 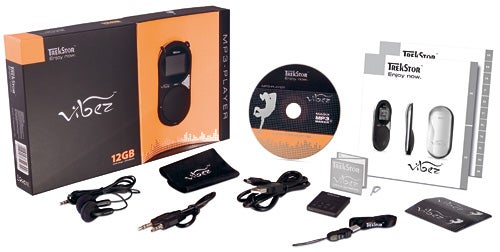 It’s tempting to pitch the vibez directly against the iAudio7, the iPod nano and other flash-based players such as the iRiver Clix 2 and Sandisk Sansa e200 series and point out that it offers more capacity for your money. That’s undeniably the case, but in truth it wouldn’t be comparing like with like. That’s because the vibez isn’t a flash-based player. It has a micro drive inside and so isn’t quite as indestructible or workout-proof as the solid-state players. Nor is it a direct competitor for the larger, hard disk-based iPods, with less capacity than the smallest iPod Video and no video capability.


Nonetheless, if you want a player that offers both OGG and FLAC support and enough capacity to cope without running out of space in approximately a nanosecond (no pun intended), there aren’t many other players out there offering competition at this price.


TrekStor’s vibez has a really easy-to-use interface and the wheel works as well as any iPod. There are plenty of features to play with, plus there’s wide file format support, superb sound quality and excellent bundled earbuds. If you don’t need video playback and don’t want to buy an iPod it’s a worthy contender for a place on your shortlist