All the basics in life, it seems, are rocketing in price. Gas, electricity, fuel, even food costs are soaring. One thing that seems to be going in the opposite direction, however, is the price of electronics – and the price of MP3 players seems to be falling more than most. If only we could eat and burn the things maybe we’d have a solution to the current economic crisis.


Alas, you’d probably end up in hospital if you tried to eat your iPod for breakfast, but you can at least enjoy your music on the cheap these days. And, as recent players have proved, you don’t have to sacrifice on the sound quality or capacity either. The SanDisk Sansa Clip 1GB and Philips GoGear SA9840/02 (4GB) both offer amazing value for money, and prove there’s really no need to waste your cash on one of those blister-pack players from the supermarket. 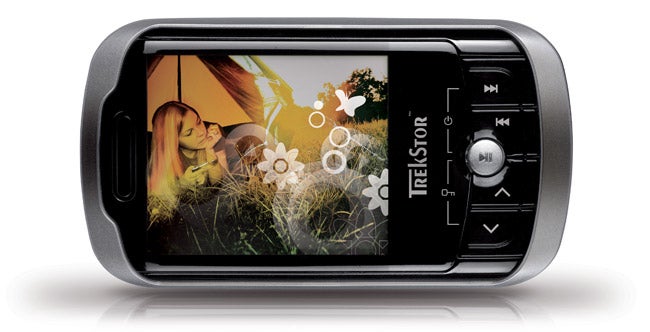 Now German manufacturer TrekStor, manufacturer of the fantastic Vibez, is trying to muscle in on the ultra-cheap-but-not-completely-rubbish MP3 player sector with its 1GB i.Beat Motion. And it makes a reasonably good first impression. The price is suitably low at a very-reasonable £15 (give it a couple of months and this will be less than a bunch of Waitrose bananas) and yet the i.Beat Motion still manages to pack the features in, including not only music playback, but also video, an FM radio, voice recording via an external mic and an external speaker.


Surely, with so many features crammed in for so little money, the quality is bound to suffer. And yes, it does feel quite cheap once you extract it from its box substantial box. There’s no aluminium or steel plating here, no fancy touch-sensitive controls and it feels very light, insubstantial and plasticky in the hand. But it’s far from the cheapest-looking or feeling MP3 players I’ve seen in my time. And though not as small as the Sansa Clip, it is still pocketable at 83 x 46 x 12mm (WxHxD) and it certainly doesn’t look like a £15 player, dressed up in glossy black plastic trimmed with an edge of understated silver.

Fire it up, and the cheap but cheerful theme continues. Again, this is no iPod, and it doesn’t support swanky extras such as cover art, but the 2in 220 x 176 colour screen is bright and clear, and the menus aren’t over-complicated or too difficult to understand. It’ll also do the basic things you’d expect a small, video-enabled MP3 player to do: it supports MP3, WMA, protected WMA and WAV audio files; you can play back simple AVI files on the colour screen and video doesn’t look too bad either, though files converted using the bundled software are limited to around 18 frames per second.


But where the Clip and GoGear players both offer convenience, great ease of use and performance, the TrekStor is, unfortunately, found wanting. I’ll start with the headphone connection: bizarrely, on the right hand edge of the player is not a standard 3.5mm socket, but a 2.5mm one. There is a converter included in the box – fair enough – but it adds to the bulk of the player in your pocket. Plus, you can pretty much guarantee you’re going to lose it at some stage and buying another one could well cost half as much as the player itself. 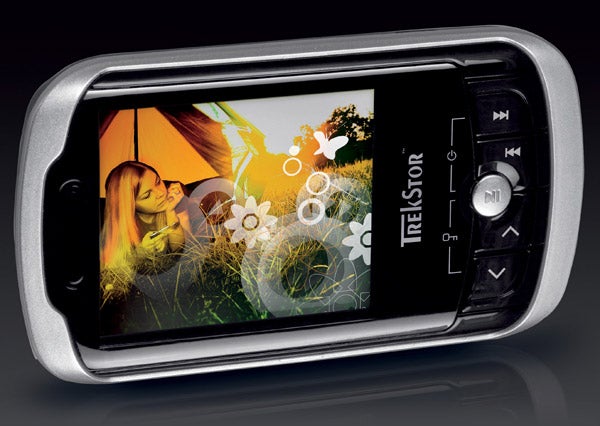 It’s not the easiest of devices to use either. Copy a load of albums to it, either by simply dragging and dropping them in, or by synchronising via Windows Media Player, and the player refuses to display them in any kind of sensible order. Instead, album folders and tracks are displayed in the order you transferred them. Shuffle a few hundred random tracks onto the i.Beat Motion and you’ll quickly find it nigh-on impossible to find anything. After this, it wasn’t surprising to discover that the i.Beat motion doesn’t actually display music based on ID tags at all – your only option is to navigate via folder.


The same impenetrable logic applies to the operation of the FM radio tuner. I had to refer to the manual to decipher all the different button presses required before I could even start listening to a station. You need to press the play button for around a second before you can switch mode to scan for stations, then you need to tap the same button again quickly to activate that mode – completely barmy. It’s a shame as FM reception is pretty good.

When it comes to battery life, the TrekStor can’t match the Clip or GoGear, offering just seven hours compared to 15. Nor can it compete on sound quality terms. I hooked up a pair of Denon AH-C751 headphones and fired up a few test favourites only to find the TrekStor distinctly lacking in clarity. Newton Faulkner’s ”Teardrop” was delivered with plenty of gumption, but sounded as if someone had padded out the sound with builder’s gap filler. There’s plenty of powerful bass but it’s very woolly. There’s absolutely no zing to the top end, and the mid-range just sounds like it’s had the life beaten out of it with a meat mallet. 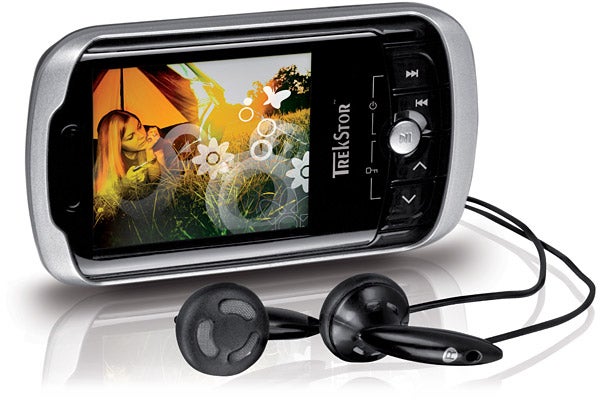 Moving on to a touch of ”Metallica” and the same performance was repeated; it was the same story with a touch of ”Pat Metheney’s” laconic jazz guitar; and, as I worked my way through my music collection, from classical to soul, big band to reggae, I realised that switching music genre was going to change nothing. The i.Beat is, simply, a deeply average-sounding music player.


Amazingly, for a £15 player, the bundled headphones aren’t the worst I’ve heard – they don’t hiss in the quiet bits or distort when you pump the volume right up – but they don’t help the i.Beat’s sound quality or improve the player’s disastrous ease of use.


It still feels a bit weird criticising what amounts to a personal media player that costs only £15 and manages to cram in a decent number of features. After all, it’s quite a feat fitting in video playback, an FM radio and microphone for this kind of money. But with other cheap players offering so much more, it just has to be said – I’d rather have halfway decent music playback and a device that’s easy to use instead of this ill-thought out do-anything player.