The collaboration between Ubisoft and Elijah Wood’s film production company SpectreVision, Transference claims to be “a thriller that feels like a movie, but plays like a game”. While it provides an engaging narrative mystery and rich atmosphere over its movie-length playtime, I’m left wondering what Transference does that games haven’t done before.

Transference is a first-person, narrative-driven psychological thriller set inside a computer simulation. A brilliant, but deranged scientist named Raymond Hayes has invented a way to convert human consciousnesses into a digital state, uploading himself and his family (his wife Katherine and his son Benjamin) into a virtual world.

As you explore the digital realm, it quickly becomes evident that things haven’t panned out as Raymond had hoped. You find yourself in an apartment filled with glitches and corrupted areas blocking your path, while a distorted monster stalks the halls. You must endeavour to restore these corrupted areas and ultimately defeat the beast that haunts the family’s digital existence.

In practice, fixing the errors and glitches within the simulation is achieved by solving escape room style puzzles. The puzzles are simple enough, usually just requiring you to enter a password or find a key to open a door, but they’re well-grounded within the unfolding story, never feeling like arbitrary stumbling blocks thrown in there for gameplay’s sake. The glitched areas of the apartment all feature a missing file name which gives you a clue as to how to repair them if you’re struggling. 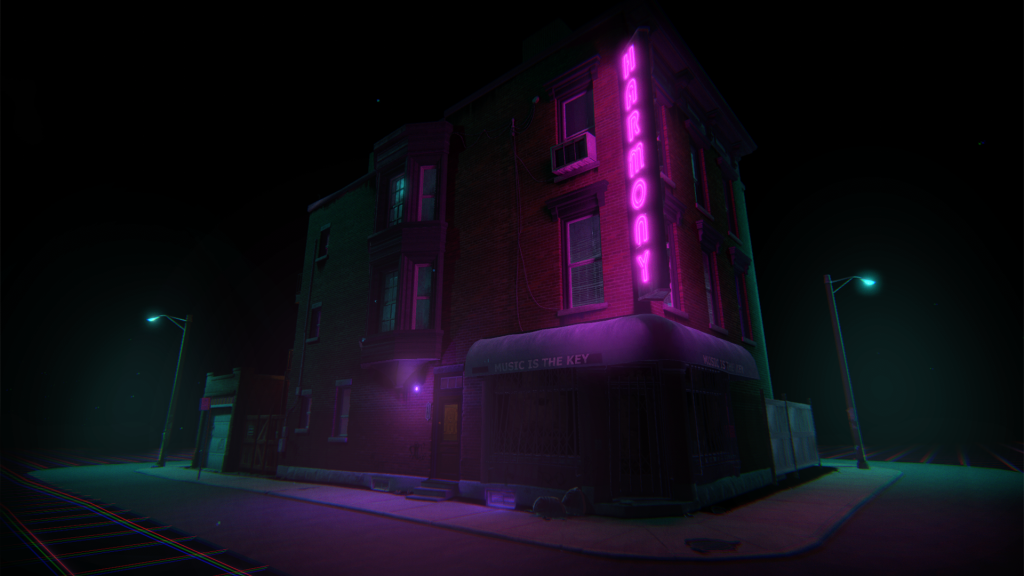 The usual array of collectibles are found littered throughout the game, taking the form of audio and video logs which fill in the backstory of the family and the series of discoveries that led to Raymond’s disastrous experiment. These video logs are live-action and of extremely high quality, as you would expect with the movie industry experience that SpectreVision has under their belt. Each actor puts in a stellar effort to show their character’s underlying issues with relatively little screen time.

Perspective and perception are key themes in Transference – the idea that what a person sees and remembers is unique to them. This manifests in the game as three different versions of the apartment that you switch between using coloured light switches, each representing one of the three family members.

Each person’s world is shaped by their perspective on the situation, with subtle – and not so subtle – clues littering their version of the apartment. The walls are covered in scrawling equations in Raymond’s world to represent his fixation on his work, while Benjamin’s focus is on his missing dog Laika, his best friend. The symbolism and messaging can be a little heavy-handed at times, especially when driving home the key points of the story, such as Raymond’s obsession and his wife Katherine’s depression, but there’s a lot of low-key storytelling going on in the background details, too.

Those looking for a traditional horror experience will find themselves disappointed. The monster only pops up a handful of times, usually telegraphing its jump scares well in advance. Instead, Transference deals with more cerebral, real horrors of the world with depression and abuse at the forefront. 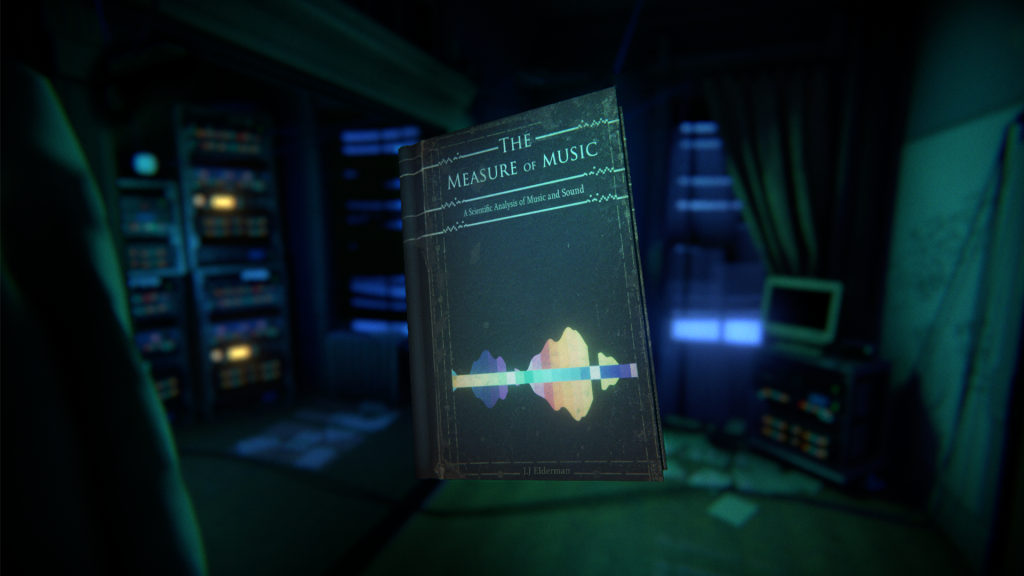 As a result, you’re more likely to find yourself feeling uncomfortable and disturbed, rather than out-and-out terrified, but this more understated horror is a welcome change of pace from the jump scares and hyper gore that the genre typically shoves down our throats.

The department that Transference is almost flawless in is atmosphere. The simulated world succeeds expertly in feeling like a poor facsimile of the real world – a mash-up of twisted perspectives and poorly remembered details that looks the part but doesn’t quite feel right.

The visuals, score, and sound design riff off each other beautifully to create a genuinely unnerving environment. The aim was obviously to ensure that, much like its inhabitants, you never feel comfortable or at ease in the hell that Dr Hayes has inadvertently created and in this regard the developers have nailed it.

It should be noted here that one of Transference’s big selling points is that it is available as a VR title on Oculus Rift, HTC Vive, and PSVR. I played the Xbox One version and did not have access to the VR functionality of the game. Given how impressed I was with the atmospheric, immersive world that the developers crafted in the standard experience, I can only imagine VR amplifying these strengths. 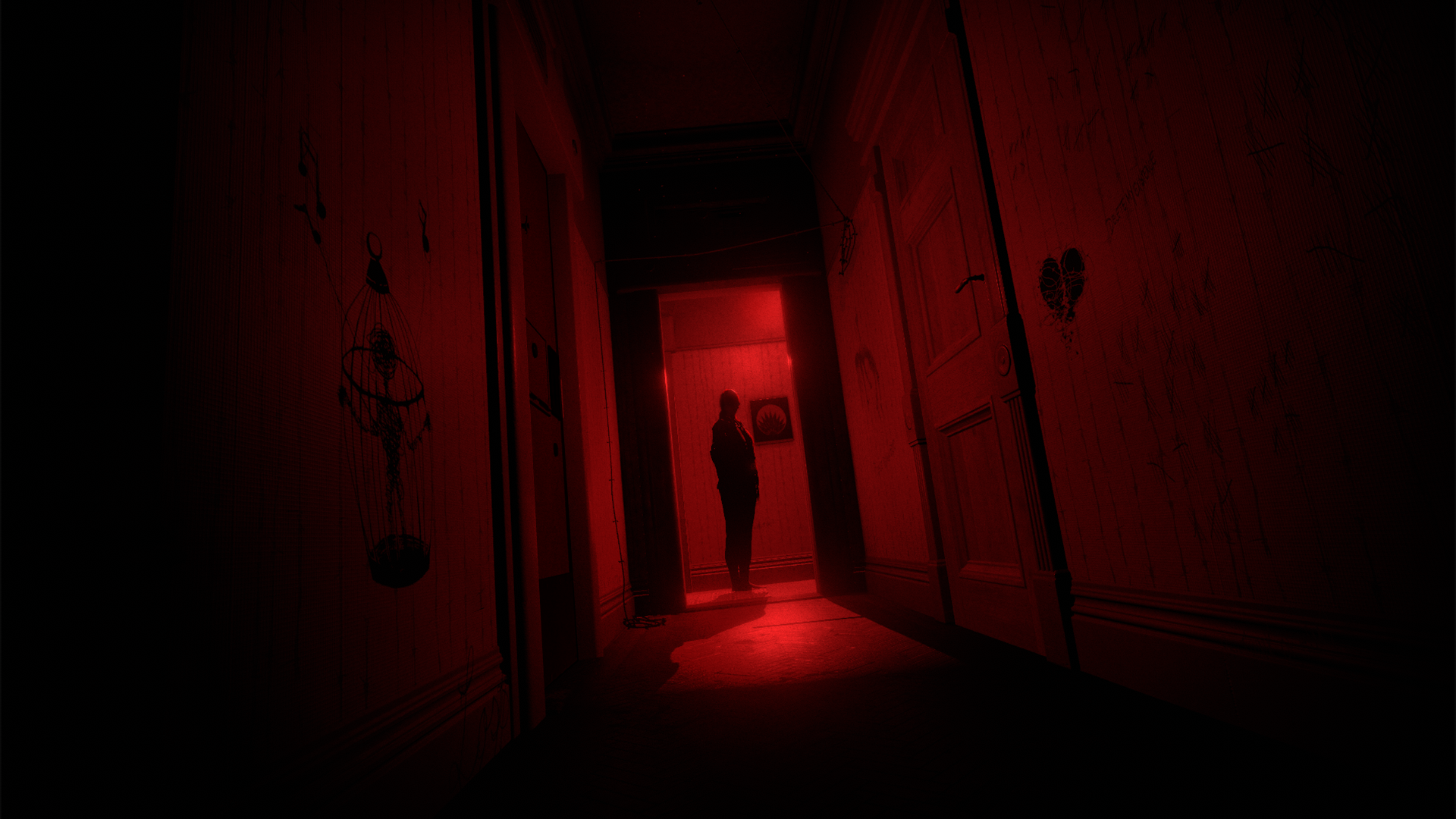 Where Transference stumbles is with its wild claims of finally bridging the gap between movies and games. Transference offers a deeply engaging story, excellent production values, and fantastic pacing, but none of this is new to the genre. Games like Gone Home, Tacoma, and Firewatch have delivered exceptional narratives covering serious issues before and claims to be breaking new ground here smack a little of arrogance.

Transference’s incessant boasting about blending movies and games also comes back to bite it when we come to discuss the value proposition. My first playthrough of Transference took just over two hours, grabbing most of the collectibles along the way.

This plants it firmly as a movie length experience, much as Ubisoft and SpectreVision intended. However, Transference currently costs £20, which is too rich for my money. Given that similar titles in the ‘walking simulator’ genre like Firewatch and Tacoma have offered substantially longer experiences for less, it feels like you’re paying the VR tax to play Transference.

Ultimately, Transference weaves an effective, but grim tale of one man’s descent into the madness and the horrific fate that he has sealed for his family. The puzzles aren’t particularly challenging, but their difficulty works well within the pacing of the story, engaging your brain enough without dragging the story to a halt. Its claims of ‘bridging the gap between games and movies’ fall flat, but if you can stomach the hefty price tag, Transference is a worthwhile addition to the narrative-driven puzzle game genre.