The TP-Link Kasa KP105 Smart Wi-Fi Plug Slim is a small and effective smart plug, provided you don’t need geolocation. It’s a good choice, and great value, with support for Google Assistant, Amazon Alexa and Samsung SmartThings. If you can live with more basic features, then TP-Link has alternatives available through its Tapo brand.

The TP-Link Kasa KP105 Smart Wi-Fi Plug is a smart plug that can switch the mains power on and off to any device plugged into its socket. Physically, it seems almost identical to the TP-Link Tapo P100 Mini Smart Wi-Fi Socket, but the Kasa version is controlled using TP-Link’s Kasa app, and the P100 uses the Tapo app. While both the Kasa and Tapo apps are easy to use, Kasa includes slightly more features, which you have to pay more for.

Design and installation – Quick and easy to get working

The KP105 is one of the easier bits of smart equipment to install. It doesn’t need a starter kit with a proprietary internet hub – it just connects to your existing wireless network. To set it up, you plug it in and switch it on, then download the Kasa app on a phone or tablet. Once joined to the network, you choose a friendly name for the KP105, and select an icon or photo to represent it in the app. 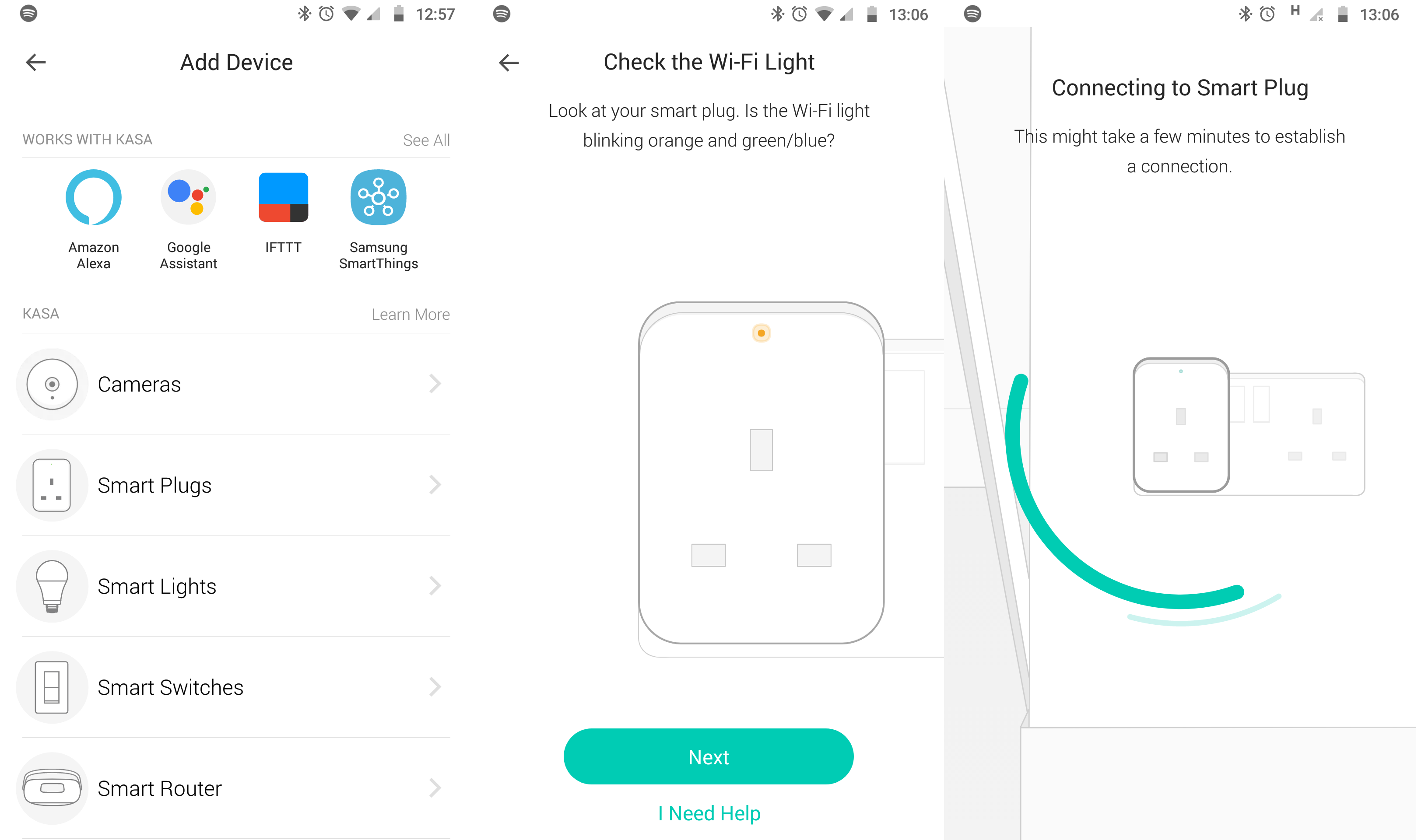 Now you can plug in the device you want to control. Smart plugs are ideal for lamps and other appliances with mechanical on/off buttons, but they may not work brilliantly with more sophisticated electronics. The KP105 can handle a 13A current, but we’d be cautious about using any smart plug or timer to control unattended heaters and other high-power devices.

Thanks to its small size, this smart plug won’t obscure a second plug in a double socket, either. 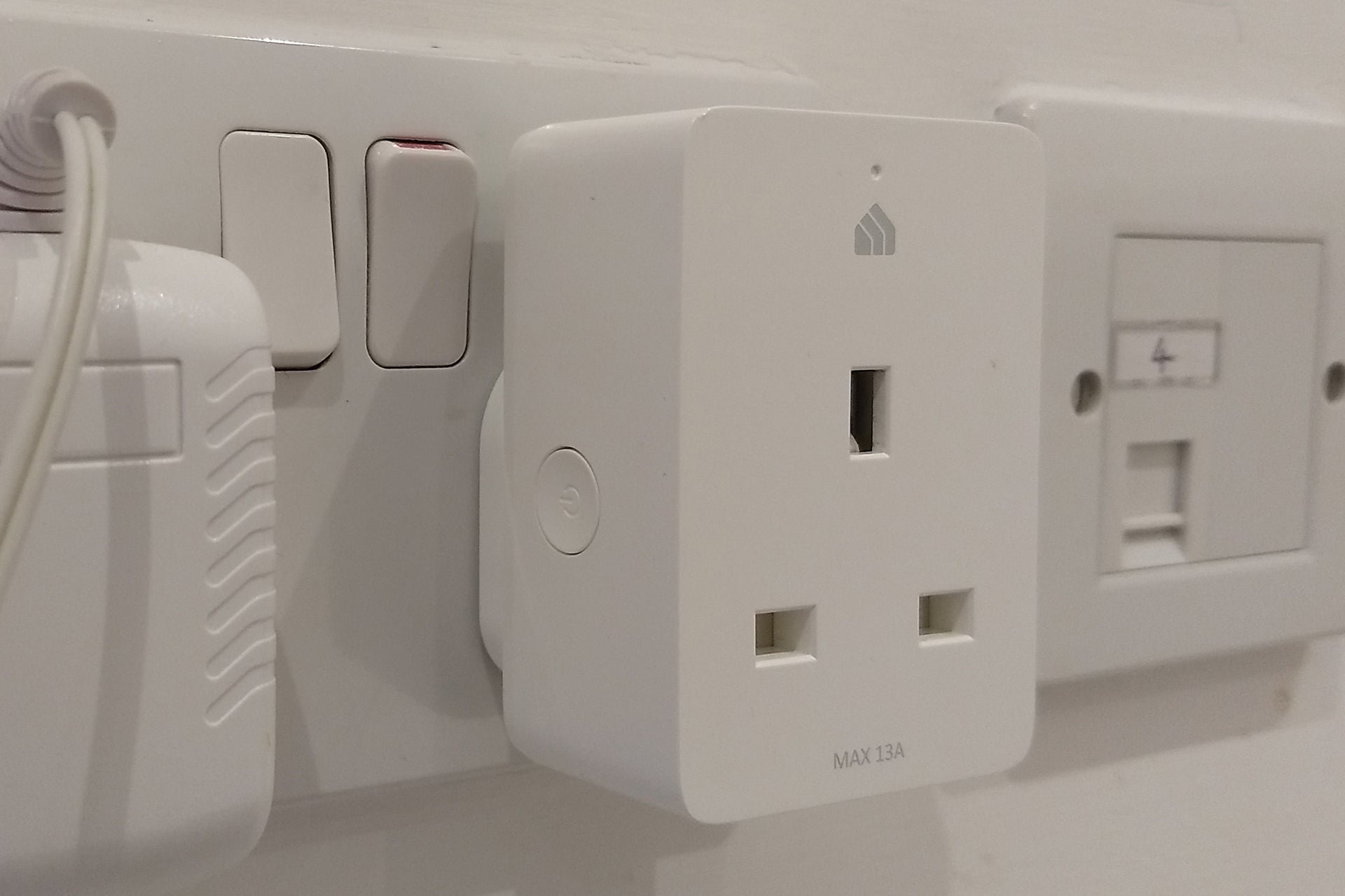 Features – Lots in the app and great integrations

The Kasa app lets you operate the KP105 in several ways. From the Devices screen, you can simply tap the power icon to toggle the switch. Expand the KP105’s details in the app and you can configure a schedule to automatically toggle the power at sunset, sunrise, or at set times. There’s a timer to set up simple ‘off in 45 minutes’ style rules, and an away mode to cycle the power randomly while you’re out. There’s also a usage meter to show how long the socket has been on, but there’s no energy meter in this version – that arrives in the as-yet-unavailable KP115.

If you have several Kasa devices you can configure more powerful ‘scenes’, which prompt devices to change state together. As an example, a ‘Movie’ scene might dim smart bulbs and turn on the power to your AV amp, while a ‘Going out’ scene might turn everything off. Kasa’s most notable limitation, however, is that it doesn’t support geolocation – it won’t turn things off or on automatically as you leave or return home. 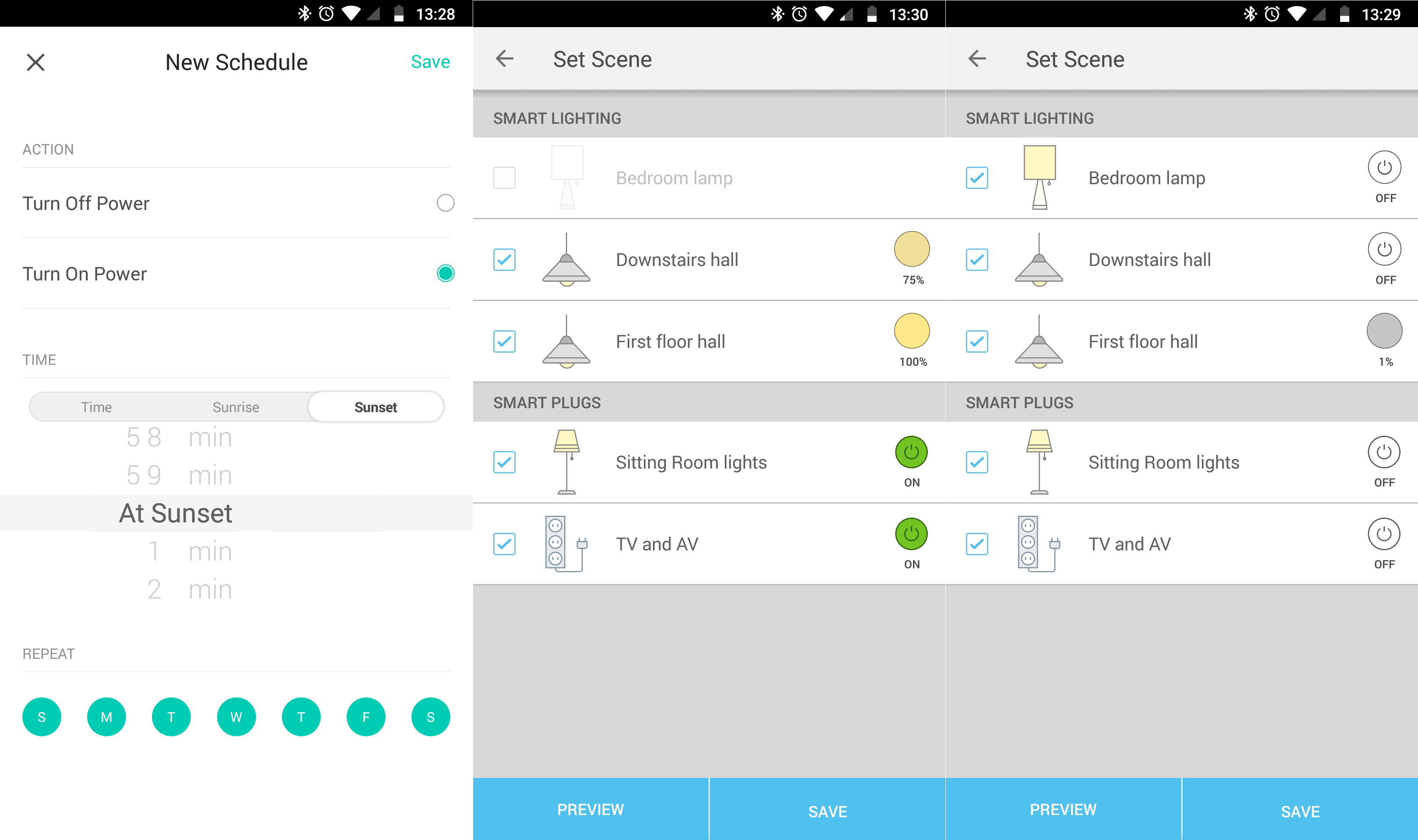 Kasa supports voice commands through Alexa or the Google Assistant, so you could turn the KP105 on by voice instead. Kasa also supports If That Then This (IfTTT), with which you can use one smart system to trigger another. It’s one of the few smart plugs to support Samsung SmartThings, too, which the TP-Link Tapo brand does not.

Performance – An improvement over its predecessor

The KP105 replaces the TP-Link Kasa HS100, and in most ways it’s an improvement. It’s significantly smaller, making it easier to accommodate, and less likely to obscure neighbouring sockets. It uses a little less power, too, although we still measured 1-2W with the output off, and 2-3W with it on.

We’re not sold on the placement of the manual power switch on the left-hand side – it’s too easy to accidentally turn the switch on just as you’re removing it from a plug socket. We also found the power indicator too dim to be clear even under normal room lighting. While it’s unobtrusive in a darkened bedroom, it’s hard to see anywhere else.

Should you buy the TP-Link Kasa KP105?

This is a compact, no-fuss smart plug, operated by a good app. With no need for a hub, it’s great value if you just want to add smart control to a simple device. While the power indicator could be better, the plug’s only real limitation is that the Kaso ecosystem lacks geolocation. Our guide to the best smart plugs has our recent recommendations, but it’s worth looking at the Tapo P100, which is the same size only cheaper with slightly fewer features.