The world of home entertainment has come an awful long way since the days of the flickering, clattering cine projector and it’s set to enter a new era in 2006. The arrival of high definition broadcast and playback formats will revolutionise the way we watch television and films, and it has already been forcing the price of HD ready TVs and equipment down over the past few months.


You can now buy decent 40 or 42in high definition televisions for less than two grand, which is quite some advance on just a few of years ago, when standard definition gas plasma screens were costing upwards of four to five thousand pounds. 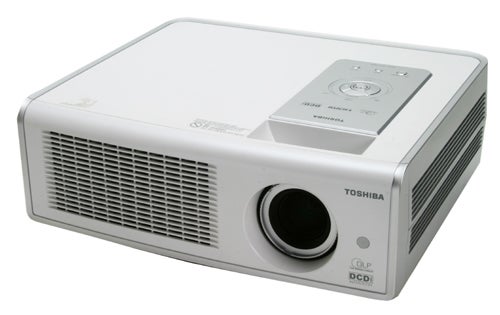 The future for film buffs is bright. But it’s not just televisions that are getting the high definition price drop treatment these days. Projectors are joining in the party too. Toshiba’s MT700 is one of this wave of HD home cinema projectors and though not particularly new to the market, its new low price persuaded us it was worth a second look.


At first, it doesn’t come across as anything special. It’s pretty bulky for starters, doesn’t look incredibly attractive, despite its iPod-white plastic cladding and, as with so many other more run of the mill business projectors, it’s based on Texas Instruments’ ubiquitous DLP technology. 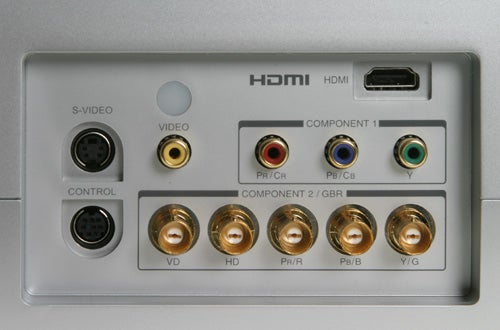 But that’s where the predictability ends and the exciting stuff begins. A quick look at the connection panel on the rear reveals this is a projector with serious home cinema pretensions. There’s a set of standard phono component video inputs, a five plug GBRHV BNC input (for connecting your PC to via a VGA to BNC cable), one S-Video socket and the usual composite input. And next to all of all these, sitting on its own in an unassuming kind of way, is the projector’s HDMI socket.


This new connection ‘standard’ is basically the same as DVI, but it carries audio signals as well, eliminating the need for all those extra cables. To be honest I couldn’t really tell the difference between a picture sent over component video and one delivered via HDMI, but given that this is the standard that HD broadcasters will be using – Sky’s HD digibox will carry a socket when it starts broadcasting in HD later in the year – and the simplicity of the connection, you’ll probably end up using it by default eventually.

Under the hood of the MT700 is Texas Instruments’ latest HD2+ DLP chip, which sports a resolution of 1280 x 720. This means the MT700 supports the 720p HDTV standard natively – there’s no rescaling required at all – and it should produce a crisp high resolution picture given the right source. It also boasts a four speed, six segment colour wheel, which is intended to (and does) reduce the rainbow effect that afflicts so many DLP projectors.

Resolution is only half of the story with the MT700, however. Not all sources you feed the projector are going to be high definition – it’ll be some time before all channels broadcast in HD – and this is where the MT700 really packs a punch. As well as being HD compatible, the projector also features a Faroudja deinterlacing processor, which helps smooth out sources that aren’t high definition or progressive to start with (such as digital TV and non-HD satellite broadcasts) and turn them into full-blown progressively-scanned 720p images.


Toshiba supplied its SD-350E DVD player so we could test the HDMI input and high resolution capabilities of the MT700. This player upscales from standard DVD resolution and outputs a genuine 720p non-interlaced progressive signal. 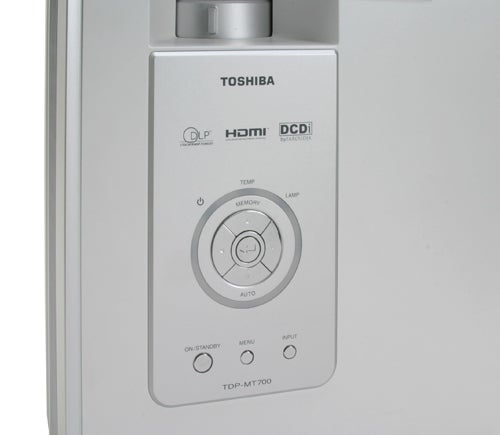 The first disc I tested the projector with was the second movie in Peter Jackson’s Lord of the Rings trilogy – The Two Towers. There’s loads of fast moving action here and the scenes where Frodo, Sam and Gollum traverse the Dead Marshes are particularly challenging for projectors to reproduce, with lots of muted dark greys and muddy greens all ready to merge together into one indistinguishable mess.


I was not disappointed – the picture that emerged was nothing short of stunning. The greys and greens of the scenes in the Dead Marshes were rendered with perfection: all of the detail was beautifully preserved while the extra resolution really paid off, revealing the sort of detail that I had never seen before. Strands of hair floating in the wind, fine wrinkles on faces and textures on cloth all stood out with amazing clarity. 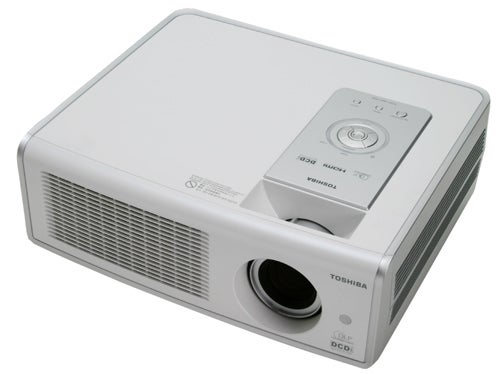 I had to boost the brightness and colour settings to begin with as the standard settings produce a picture that’s a bit too dark, dull and wishy washy. Fortunately this was easy to do as the projector has extensive colour controls, which include white balance adjustment, which allow you to tweak and twiddle until the balance is nigh on perfect. 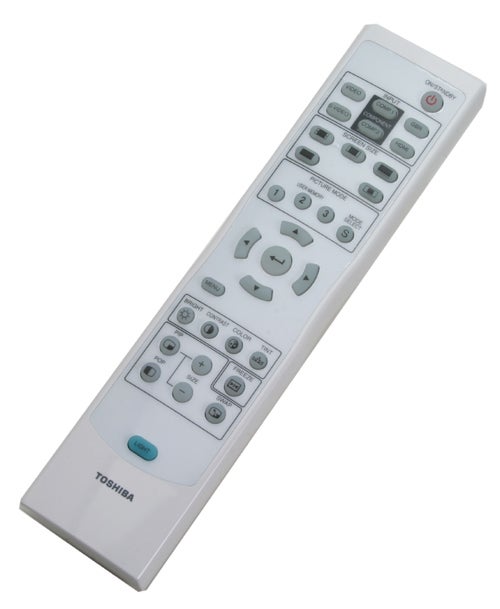 Next I took a look at the third film in the new Star Wars saga – Revenge of the Sith – but this time I fed a non-interlaced signal from my venerable Sony DVP-NS700V player through the MT700’s S-Video connection to see the difference. It wasn’t as crisp and clear, but with the help of the Faroudja deinterlacing processor the picture was still remarkably good. Detail is impressive (all things considered), colours natural and there were virtually no ‘jaggies’ or other artefacts that can result from the rebuilding of an interlaced signal into a true progressive one.


Finally, just for the hell of it, to see how the MT700’s Faroudja processor would handle truly rotten source material, I plugged my Sky box in using the composite connection and watched the England vs Wales Six Nations match at Twickenham. While the result was a lot less life-like than that produced with both the DVD players, it does a wonderful job of turning the highly compressed, low bandwidth video signal into something that’s actually watchable on a 60in+ screen. 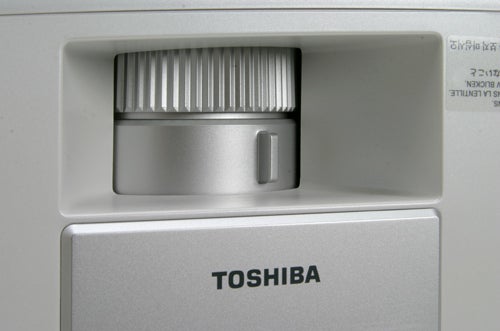 In fact the only thing I could really fault about this machine was its relative lack of brightness. It’s rated at just 1000 ANSI lumens which means that if you want to watch movies during the day you’re going to have to draw the curtains and dim the lights. But then I suspect that anyone serious about their home cinema will have heavy curtains in their home cinema room and at this price (just £1,403 inc VAT) beggars really can’t be choosers.


The Toshiba MT700 is a wonderful projector for watching movies on. If you couple it with a high definition source, it’s capable of incredible detail. Colours are naturally and realistically reproduced too and even if you feed it the worst source material imaginable it still comes up smelling of roses.


Brightness isn’t the greatest, but come on… now that the price has dropped from £2,500 to just £1,403 including VAT online, you should have enough cash left over to buy yourself a decent set of curtains.