As the Toshiba Satellite U920t is at the affordable end of the non-Atom Windows 8 convertibles, its 12.5-inch screen offers a 1,366 x 768 resolution. While this might seem a little low to the ‘Retina’ crowd, it was standard on displays as large as 17-inches until recently, and is still adequate here. What’s more, the Toshiba Satellite U920t screen is also superior to that of the average laptop in that it uses an IPS panel, meaning good viewing angles. 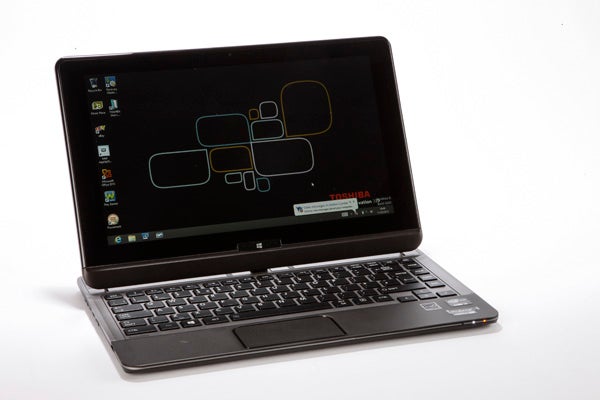 While we’re talking about viewing angles, it’s worth pointing out that despite being better than those of almost any TN panel, the U920t’s screen does suffer from noticeable contrast shift at horizontal extremes (i.e. when viewed from the side). In this regard it’s slightly inferior to most – but you’re unlikely to notice in daily use, and vertical viewing angles are as good as ever. It’s also a little on the dull side, and there were minor signs of banding across subtle gradients.

On the positives side, dark detailing is better than average and backlighting is perfectly even with nary a hint of edge bleed. Overall, the screen is still nice to use, but below the convertible average. 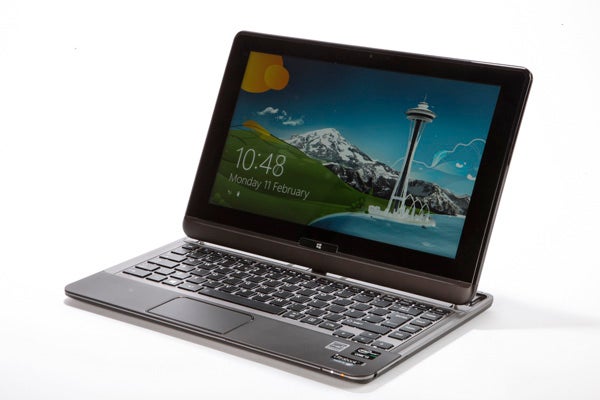 Toshiba maintains its reputation for providing excellent audio on its devices: as ultraportable convertibles go, the Toshiba Satellite U920t sounds simply fantastic. Its up-facing speakers are found in the ‘base’ behind the ‘tablet’ section, but their sound isn’t diminished when this slider is closed.

Providing a nice amount of body and detail with relatively good clarity, there’s even a little bass to the Toshiba Satellite U920t speakers with only minimal distortion. We’d use them for a movie or even some music, which is more than we can say for the speakers on most hybrids – or Ultrabooks, for that matter. 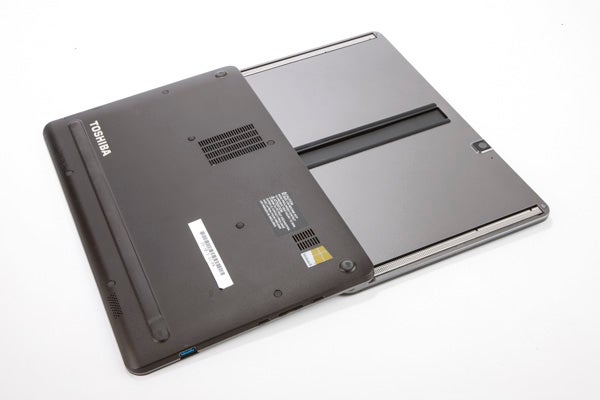 As with many Ultrabooks, several configurations of the Toshiba Satellite U920t convertible laptop/tablet are offered. The U920t-108 version available for £830 is the one we’re reviewing, which comes with an Intel Core i3 CPU, 4GB of RAM and Windows 8 ‘vanilla’. The U920t-10F is the same machine with Windows 8 Pro, and direct from Toshiba it will set you back a rather steep £1,140. Last but far from least, the Toshiba Satellite U920t-117 downgrades Windows 8 but gets you 8GB of RAM for a pound shy of £1,000. 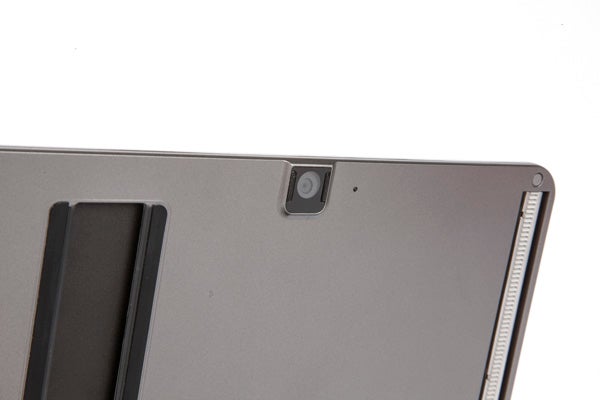 We reckon that for the majority, the U920t-108 probably makes most sense. If you start looking at the higher price brackets, you might want to consider a more premium device with perks like a Full HD screen and pressure-sensitive stylus input.

Anyway, the Intel Core i3-3217U, which is a dual-core 1.8GHz processor, will happily chomp through daily productivity, especially when backed by 4GB of 1,600MHz DDR3 RAM and a speedy 128GB SSD. The latter especially is a significant advantage over similarly-specced Ultrabooks that may offer a hybrid drive, getting you less space but more performance.

Gaming is the Core i3 U920t-108’s main weak point, as Intel’s integrated HD 4000 graphics need all the help they can get. Still, the U920t trounces Atom-based convertibles like the Asus Vivo Tab rather thoroughly, and older 3D titles like TrackMania Nations Forever are perfectly playable.

It’s worth noting that our Toshiba Satellite U920t stayed nice and quiet during testing, even when under load. It also only ever became moderately warm to the touch, which shouldn’t be uncomfortable on a lap.