Along with Ultrabook specs, the Toshiba Satellite U920t brings Ultrabook connectivity – though some of it is located somewhat awkwardly at the rear. Along the left there’s a single USB 3.0 port for hooking up peripherals or speedy external storage. This is also where you’ll find the power button, a volume rocker, and dedicated rotation lock switch, which should be mandatory on every tablet regardless of its OS.

To the right, we have a 3.5mm headphone/microphone jack and, hidden behind an easily opened cover, a full-size SDXC card slot. Once opened, this cover dangles from a single soft-plastic ‘thread’, which looks fragile and ugly, and the cover gets in the way. We can’t help but wonder why more manufacturers can’t implement an elegant solution like the inward-hinged flap on the Samsung Series 3 Chromebook – or if that’s not an option, just leave it bare. 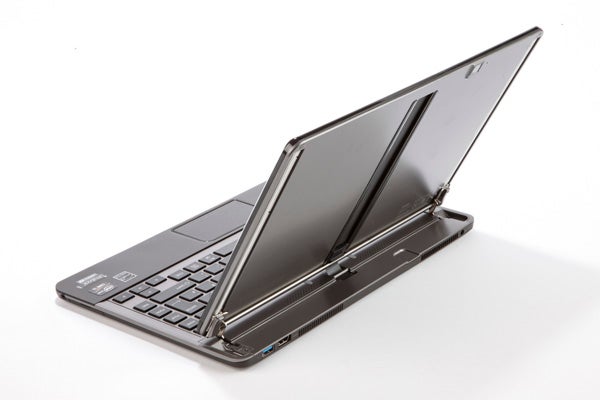 Finally on the rear we have a second full-size USB 3.0 port, along with a regular-sized HDMI for video out. Wireless support comes from the usual Wi-Fi N and Bluetooth 4.0, with no 3G option in sight. Obviously, you’ll also need an adapter for Gigabit Ethernet, but for the Toshiba Satellite U920t’s price, we’re not complaining that one isn’t included in the box.

This Satellite also sports front and rear cameras, though at one and three megapixels respectively, with average quality and without an LED flash, they’re hardly going to set the world on fire – even by low tablet standards. It’s worth noting that the rear shooter can’t be used when the Toshiba Satellite U920t is in tablet mode.

Alas, Toshiba generally falls behind the likes of Lenovo, Dell and HP when it comes to a comfy typing experience. Having said that, the Toshiba Satellite U920t is far nicer to tap away on than its rival slider, the Sony VAIO Duo 11. 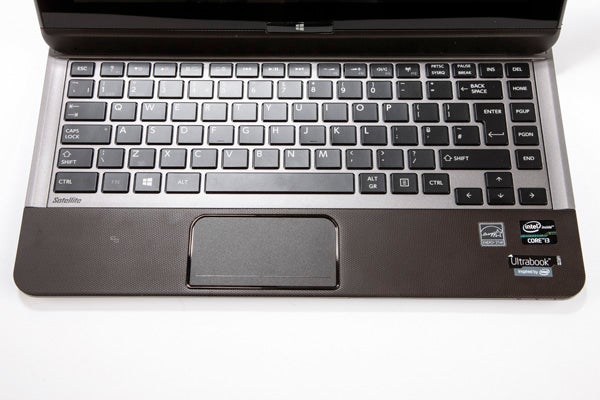 The isolation keyboard sports a semi-matt black finish and is fully backlit in white. Travel is decent and you don’t really notice the keyboard’s flex in use. However, keys are spaced a little far apart and are on the small side. Combined with a slightly slippery surface, it’s easy to miss a stroke or two when typing at speed, and overall we’d classify the experience as average. 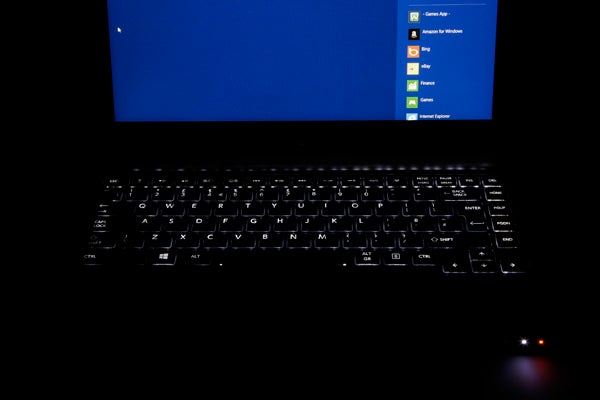 The touchpad is where we really feel the hurt of the limited space the sliding form factor allows. The Toshiba Satellite U920t’s pad is wide but really lacking in the vertical height department, and while it matches the 16:9 screen to a degree, navigating around the classical desktop of Windows 8 may require frequent repositioning. Of course, having a touchscreen means this isn’t as serious an issue as it would otherwise be. And thankfully, the pad’s integrated ‘buttons’ are a joy to use, with a clear click and no noticeable dead zone. 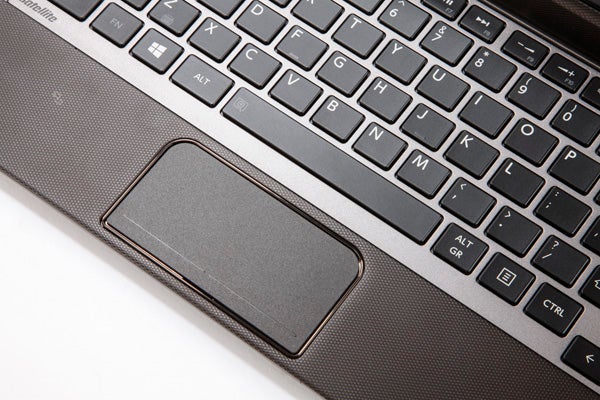 As mentioned, the Toshiba Satellite U920t supports five-point touch, but that’s as much as a single user is likely to need, and this hybrid’s ‘low’ 1,366 x 768 resolution is actually an advantage when trying to touch small elements in Windows 8’s ‘traditional desktop’ interface.

The screen’s Gorilla Glass protection means you can jab your digits as hard as you like, though, as with most tablets, unsightly fingerprints do accumulate quickly – yet another reason why we prefer clamshell convertibles. As with its Windows 8 brethren, the Toshiba Satellite U920t is a joy to navigate through using your fingers, as its capacitive screen is never less than responsive. 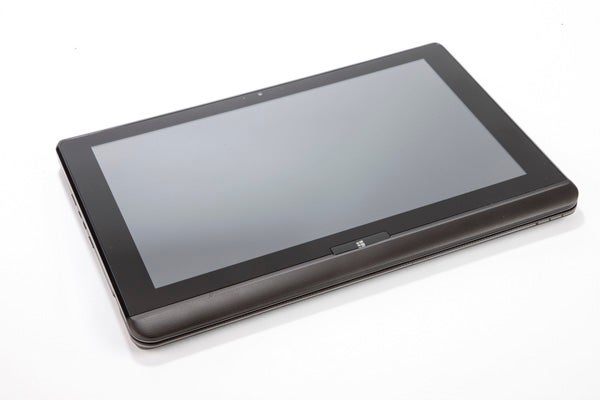