Toshiba can be relied upon to regularly update its laptop range, as the U500-178 we’re looking at today proves. This is the company’s latest take on a 13.3in laptop, following in the footsteps of the U400-189 we reviewed back in May. As ever there’s plenty of competition in this particular segment of the market, most notably from the likes of the Samsung Q320, Dell Studio XPS M1340 and the Acer Aspire 3935, all of which offer excellent packages, albeit with different strengths and weaknesses.


We’re extremely pleased to report that Toshiba has finally seen sense and reduced its use of the dreaded glossy plastic. It’s still present on the U500, surrounding the 13.3in display, but the lid and body of the machine are covered in a brown, textured plastic that’s far more pleasing to the eye and the touch. It’s a similar story with the keyboard, whose semi-matt keys aren’t as reflective as those on the U400. 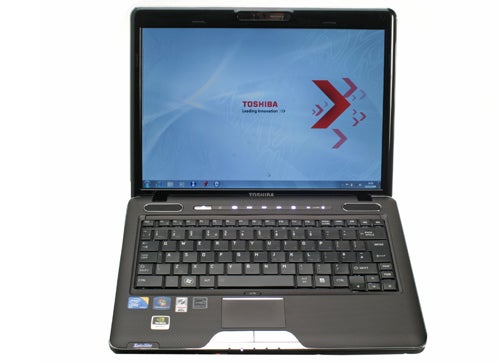 This makes the U500 a far more practical and enjoyable machine to use, though it’s not necessarily a stunning piece of design. It’s hard to put your finger on what it is, but the combination of hues and textures doesn’t quite hang together as cohesively as some of its contemporaries. It’s still a tidy looking machine, though, and one that’s easier to live with than its predecessor.


What’s most likely to excite potential buyers is the range of features and options on the U500. There are several different models, ours being the top-of-the-range effort that runs to a cool £899.99. A lot of money, granted, but with a 2.53GHz Intel Core 2 Duo P8700 processor, 4GB of RAM, a generous 500GB hard drive and a 512MB nVidia GeForce G210M all on-board, you’re getting a lot for your money. 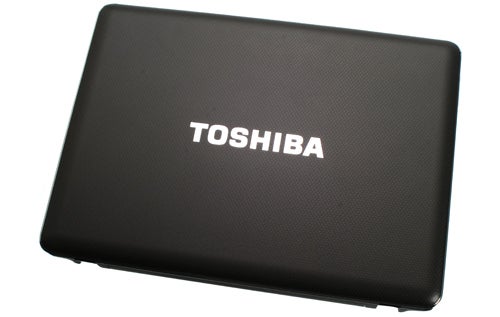 Coupled with a 64-bit install of Windows 7, the U500-178 absolutely flies, showing a clean pair of heels to many previously reviewed systems in PCMark Vantage. Gaming performance isn’t too shabby, either – we managed a smooth 31.8fps in Trackmania Nations on the high detail settings. Consequently you could play older titles, such as the original Call of Duty: Modern Warfare, Half-Life 2 (and related episodes) and casual games such as Spore with no real problems.


There are plenty of other reasons for cheer, too. This version has the ever sought after backlit keyboard, as well as a smart slot-loading DVD drive. Wireless-N Wi-Fi, Bluetooth 2.1+ EDR and Gigabit Ethernet ensure comprehensive network connectivity, while the presence of Toshiba’s motion-sensing hard drive protection technology is another bonus few (if any) similar laptops offer.

Wired connectivity is also especially strong. Staples, such as VGA and HDMI for video, a memory card reader, audio jacks (one headphone/SPDIF, one mic) and a trio of USB ports are all present, but one of those USB ports doubles as eSATA and will charge mobile devices when the laptop is turned off. There’s also a 54mm ExpressCard slot, though we wonder how many people actually use these in this day and age.

We’ve become accustomed in recent months to new laptops opting for 16:9 aspect displays, but the U500 bucks this trend with its 16:10 ratio effort and its resultant 1,280 x 800 native resolution. Anyone who has been grumbling about the loss of their vertical pixels will be pleased, but in most other respects this is a wholly average display offering up decent brightness, colours and sharpness but mediocre viewing angles. Blacks aren’t the deepest we’ve seen either, even compared to other laptops. 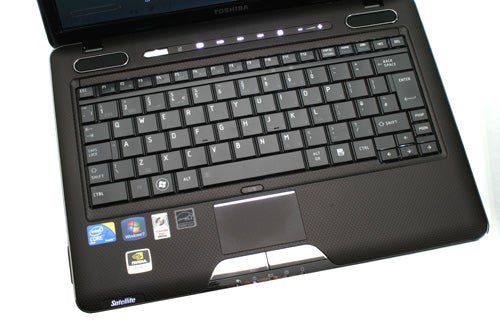 Typically the speakers on Toshiba laptops are a cut above the rest. This is true of the U500, but to a much smaller extent. Compared to many similarly-sized laptops, which often suffer truly appalling audio, these speakers deliver acceptable clarity and volume, but bass is just as lacking as any contemporary. Toshiba also appears to have dropped support for Dolby Sound Room on this model, something that was present on the outgoing U400. Overall this is a decent laptop for entertainment, but not an outstanding one.


A similar verdict can be made of the keyboard. We love the backlighting and the layout is very good too, but there was a noticeable amount of flex – particularly towards the centre of the keyboard – that made the action of the keys feel mushier than it otherwise would. We also found that the ultra-smooth ‘semi-matt’ keys were rather slippery. None of these issues are deal breakers, but of the laptops mentioned at the beginning of this article the Toshiba has marginally the worst keyboard. 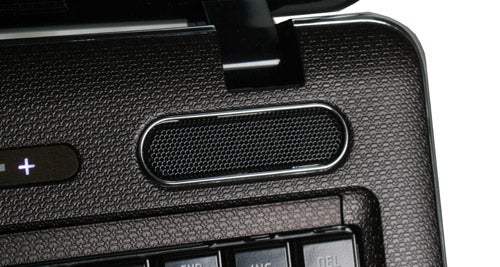 It’s hard to make similar criticisms of the touchpad, even if it’s a bit too small for its multi-touch support to be of any practical benefit. More importantly it’s well positioned and has two responsive buttons, making it no barrier to getting work done.


Unfortunately where the U500 really falls down is in its battery life. Being a full fat, high-performance laptop, one wouldn’t expect epic levels of longevity, but the U500 died 10 minutes short of three hours in MobileMark’s Productivity test and barely squeezed past an hour and a half in the more demanding DVD test. These results are comfortably bested by competing models, not least the U400, which wasn’t life-changing when it came to battery life either.


Clearly the six-cell, 40 watt-hour capacity battery won’t suffice for many, making an extended/second battery a prerequisite purchase for them. And it’s not as if the U500 is especially light, either, weighing in at 2.25kg with its standard battery. One potential solution is to use Toshiba’s neat Eco Utility, which is accessible via a shortcut on the touch control bank above the keyboard, to help extend life. This is useful to a point, particularly thanks to its recording and monitoring of total power use, but a better battery is still a necessity to our minds. 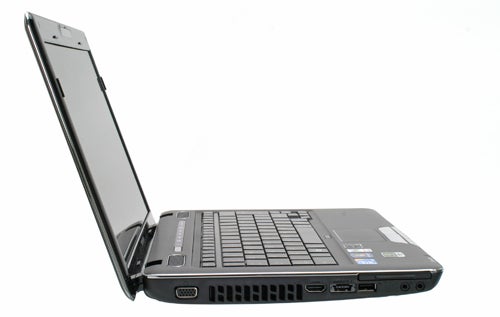 
There’s plenty to like about Toshiba’s Satellite U500-178: it’s very fast, portable and offers excellent connectivity, both wired and wireless. It also has one or two outstanding features, such as the backlit keyboard and the ability to charge USB devices even when switched off. In use, however, it’s ultimately let down by mediocre battery life and a slightly sub-par keyboard, but if you don’t mind buying an extra battery then its performance and varied features still warrant it a place on your shortlist.

This is a very fast system, as the scores above illustrate. Using the 64-bit version of Windows 7 does help, so the comparison to older systems isn’t entirely fair, but nonetheless the U500-178 will tackle most of what you throw at it.

Battery life doesn’t match the application performance. They results are not quite awful, but for a portable laptop the U500 needs to last longer.