Hands-on with the Toshiba Satellite Radius 15

Toshiba has revealed its new convertible, the Satellite Radius 15. Taking a similar approach to Lenovo with its Yoga series, the large-screened laptop starting at £599 has a special hinge that enables the screen to swing back 360 degrees, making it a very versatile device indeed.

Featuring a mammoth 15-6-inch, 1920×1080 display, it’s a big boy. Needless to say, the screen is touch-sensitive, so you can prod and swipe away to your heart’s content. 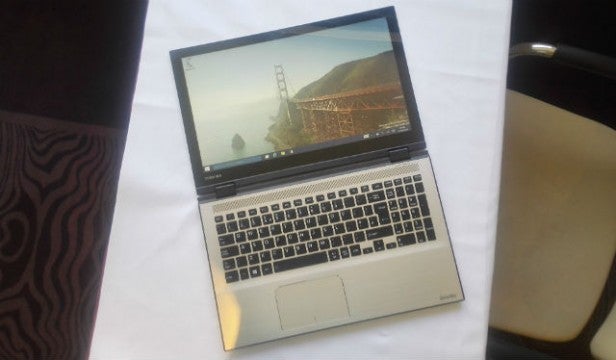 It’s nice to use too, delivering a smartphone-like touch experience. During our short time with it, taps always registered in precisely the right place, which sounds elementary but isn’t always the case with touchscreen laptops.

Brightness tops out at 300 nits, which should be good enough to allow you to comfortably use it outdoors on a sunny day. It looked lovely during our time with it, though we were in a dimly lit room.

In terms of sharpness, the Radius’ screen is no match for the top-end Dell XPS 13 2015, which packs an incredible 3200×1800 panel. It has a pixel density of 141ppi, placing it a couple of tiers below the highest-end machines on the market, but first impressions are nevertheless positive. 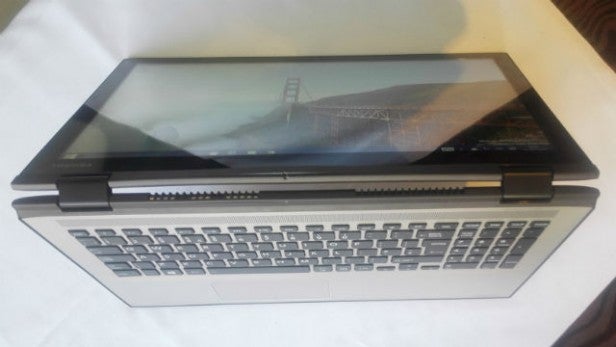 Colours appear punchy and vibrant, though it’s important to once again mention that we were in a dimly lit room at the time. We’ll bring you a more considered verdict when we drag the Radius into our offices.

We say “drag”, because it’s disappointingly heavy, weighing a stonking 2.25kg. That’s over twice as heavy as the new 12-inch MacBook. It’s a real concern, especially if you plan on carrying your laptop to and from the office or university on a regular basis. It’s also a chunky 20.1mm thick.

It’s not difficult to imagine your bag strap straining to keep the Radius suspended safely in mid-air, and we’re not convinced it would survive a fall completely unscathed. 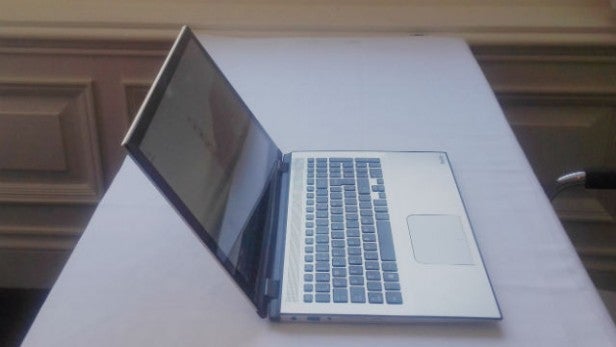 The hinge is generous, allowing you to rotate the screen all the way around, though it also feels flimsy. In “audience” and, to borrow Lenovo’s term, “tent” modes, gentle taps of our finger on the touch display caused the Radius’ screen to wobble and tilt backwards. Not good.

However, it’s smooth and easy to set in any position you want it in, which is great, especially if you’re entertaining friends or have limited desk space.

We’re also pleased to see that, despite its superpowers, the hinge is relatively normal looking, with no sign of that weird watch-strap effect Lenovo added to the Yoga Pro 3. The Radius as a whole looks good, with its brushed aluminium finish and sharp corners, though it’s too bulky and plain to be considered stunning. 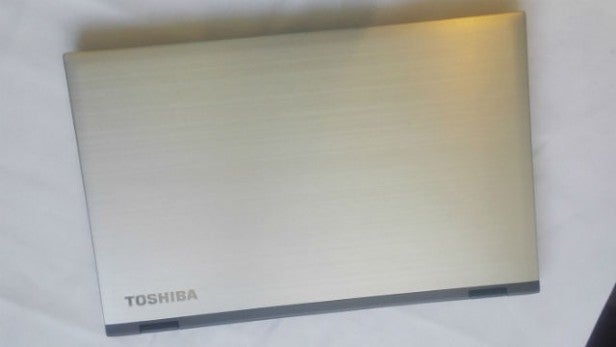 The dark keyboard is comfortable to type on, with each individual button offering plenty of travel. The trackpad isn’t anywhere near as likeable, unfortunately. While it works well, it feels far too delicate and depresses at the slightest touch. It isn’t a huge issue but it’s still annoying.

Along the sides of the base are three USB ports, one HDMI out and an SD card slot, so you can quickly transfer pictures from your camera. Running the show is a fifth generation Intel Core i5 processor paired with 16GB of DDR3L RAM, and you can get on board with either 256GB, 1TB or 2TB of storage.

Toshiba says the battery’s capable of going for almost eight hours between charges, which is slightly disappointing, especially when you consider the average resolution of the screen. 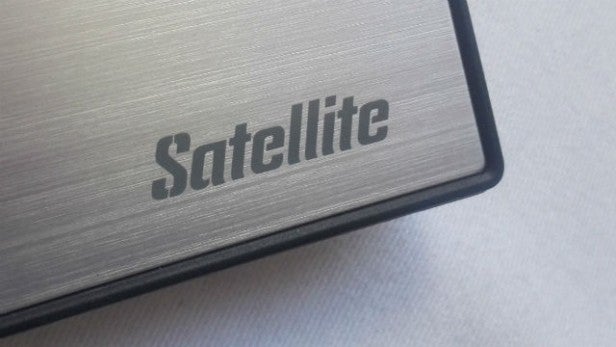 At a very reasonable £599, the Toshiba Satellite Radius 15 is a laptop to keep your eye on, particularly if you’re after a large-screened computer. However, it faces fierce competition from the Asus Zenbook UX305, which costs £50 more. Build quality and battery life aren’t superb, but the hinge and touchscreen are excellent features.