When we first looked at the Toshiba Satellite T130 we were left disappointed. Despite having most of the ingredients for a decent ultra-portable laptop, it was stymied by a sluggish single-core processor. Much to Toshiba’s credit, though, it has come back for more but this time with the Toshiba Satellite Pro T130-15F, which features a dual-core CPU. 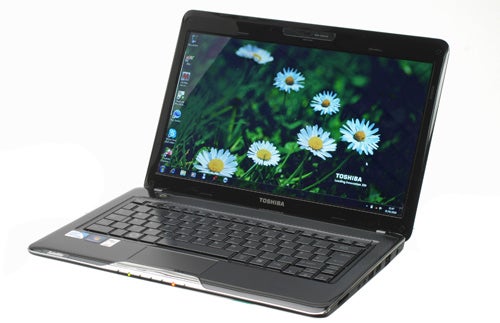 Though this version gains the addition of ‘Pro’ to its name, unlike Toshiba’s other Satellite Pro’s the design hasn’t changed at all. This means it’s the same slim, compact but overly glossy effort as before, which is a shame as most other Satellite Pro’s get a more durable makeover that would appeal to many buyers.


Inside, we find an Intel Core 2 Duo SU7300, which has two cores running at 1.3GHz and a 3MB Cache. This is supported by 4GB of DRR3 RAM, which is fully utilised by the 64-bit version of Windows 7 Home Premium, and a 320GB hard drive should prove ample for most users. Intel’s integrated graphics ensures gaming isn’t on the menu, but Wireless-N Wi-Fi and Bluetooth cover the wireless networking options. It’s just a shame you only get 10/100 Fast Ethernet, as opposed to the Gigabit Ethernet we’d prefer. 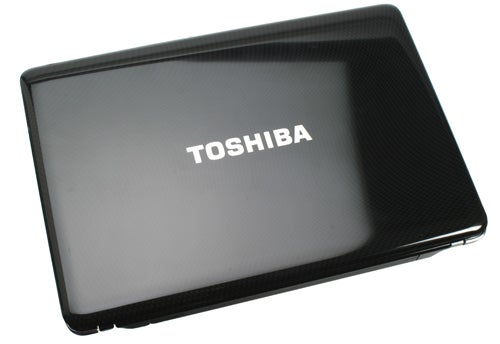 Physical connectivity, meanwhile, covers the basics well. There are a total of three USB ports, one of which is standby charge enabled, and you get both HDMI and VGA for video. Two audio jacks (1x headphone, 1x microphone) and a memory card slot are present too, but if you’re after mini-FireWire or eSATA then you’re out of luck and that’s a little disappointing considering this model is a good £200 more than the T130-11H we reviewed previously.


When you come to use the T130 you’ll find a keyboard that has an intuitive, logical layout and keys that are more than large enough for comfortable typing. It’s not quite the finished article, though, since the keys lack the snappy precision of contemporaries like the Recommended Award-winning HP Pavilion dm3-1020ea. It’s joined by a decent, multi-touch enabled touchpad that doesn’t interfere with typing at all.

Like so many laptops right now the native resolution of the 13.3in display is 1,366 x 768 pixels. Unlike larger machines, though, this is a good resolution for a laptop this size as it’s both readable and offers reasonable desktop real-estate. On the whole it’s a good display, too, producing punchy colours and being bright enough to use in most environments despite the glossy, reflective finish. It’ll certainly do for watching videos and films, but you’ll want some headphones because the integrated speakers struggle for volume and clarity.

As the substance of our irritation with the first T130 was its performance, it was important to see how this version compared. As you can see from the graph below, an extra core and a little more RAM makes all the difference: it’s like night and day. Consequently the T130-15F is a far more usable, snappier system that will rarely leave you hanging.

It also outperforms the HP Pavilion dm3, though the margin isn’t especially large and you’re unlikely to notice the difference in daily use. It’s also worth pointing out that the HP is quite a bit cheaper, around £200 cheaper in fact, and includes an external optical drive as well. This makes it better value from a price/performance perspective, a fact enhanced by the more refined design and features of the HP.


Of course, unless you opt for the likes of the Alienware M11x, it’s not reasonable to expect meaningful gaming from such machines. We still test it, though, and the T130-15F musters a poorly 10.8fps in our Trackmania Nations test, which is quite a bit less than the HP. We haven’t run our more demanding gaming test, STALKER: Call of Pripyat since none of these systems can cope with it.

A far more meaningful metric for these laptops is battery life and it’s here that the Intel-based Toshibas really hold an advantage. Both run for almost eight hours, with our particular model going so far as 453 minutes (7hrs, 33mins) compared to the 291 minutes (4hrs, 51mins) of the HP. That’s proper all-day battery life, something you’d have once had to pay a small fortune to get.

Ultimately this and the much improved performance shine the T130 in far better light. There are still a few things bugging us, though. While the performance and battery life is exactly as we’d like, at £650 the T130-15F is just £100 shy of the entry-level Alienware M11x and a good deal more expensive than the likes of the Acer Aspire 1810TZ. Throw in the overly glossy chassis (a continuing Toshiba issue) and a slightly flawed keyboard and that difference does mark it down a tad.


A nippy dual-core processor and outstanding battery life ensures the Toshiba Satellite Pro T130-15F ticks many boxes for prospective buyers. It still has some issues, though, so shouldn’t shoot to the top of your list unless it comes down in price.