This is a machine that prizes practicality over gimmicks, so it’s no surprise that the R50 has a reasonable keyboard.

The layout’s sensible, with large space and Return keys, and there’s room for a numberpad. The Scrabble-tile unit has a solid base, and the keys are pressed down with pleasing consistency. We’re glad about that solid base, because it provides welcome feeling – the keys themselves, if anything, are too light. 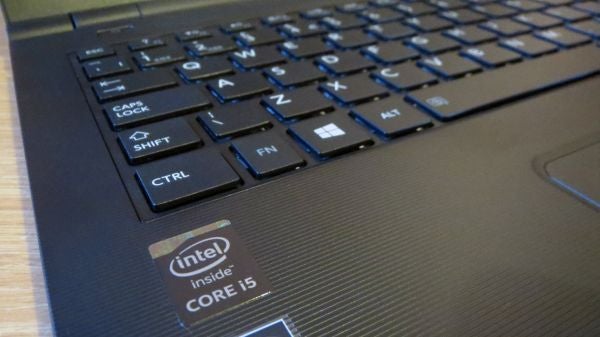 The trackpad is a fine, no-frills unit with a rapid, responsive surface and a pair of consistent buttons.

This is a business notebook, so it makes sense that Toshiba’s installed Windows 7 Professional 64-bit as standard. That’s not the only OS that comes with this machine, as Windows 8.1 Pro 64-bit also comes in the box, on a DVD – a generous inclusion, and handy if you prefer Microsoft’s latest software.

Despite the older, office-friendly OS, the R50 still can’t escape Toshiba’s bloatware. Internet Explorer is saddled with the Symbaloo Places bookmarking and organisational tool. Apps from Evernote, McAfee, Abobe, Spotify and WinZip all come pre-installed alongside more than a dozen Toshiba tools. Your mileage will vary – we’re fans of Evernote and Spotify – but it’s still a hassle if you don’t want that software included. 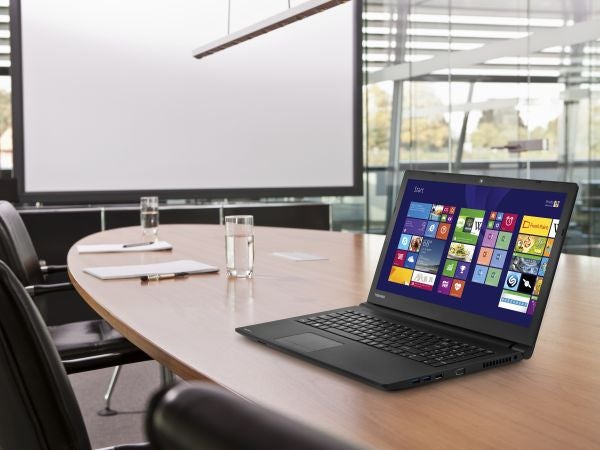 Should I Buy the Toshiba Satellite Pro R50-B-12U?

This laptop isn’t designed to turn heads, and it won’t – for all of its good build quality and reasonable dimensions, there’s no denying that it’s a dull-looking system.

It’s not designed to excel in any one area, either, and that means it’s a jack of all trades: adequate performance, middling battery life and a decent keyboard and trackpad combination ensure this machine can handle general work tasks, but it doesn’t have the ability to run anything more demanding.

It’s not helped by a dreadful screen and speakers that sound as if they’re planning music from the end of a long, murky tunnel.

The R50 is a solid system for those who want an all-round laptop that’ll get work done and cope with life on the road, but rivals are better: Dell’s Latitude 13 is smaller, longer-lasting and has better ergonomics, while the pricier Asus Zenbook is even better in those departments and has a slicker design, too.

Toshiba’s latest Satellite Pro is designed as a do-it-all business machine, but it’s mediocre in most departments, from its middling power and battery life to its dull design and poor screen. Middle management rather than executive level.