On previous occasions, like with the Toshiba NB520 netbook, the partnership between Toshiba and Harman-kardon has always resulted in class-leading audio. Thankfully, the Satellite P845T is no exception. Its up-facing stereo speakers take price of place above the keyboard, with an attractive, unique grille design that leaves you with little doubt that they’re an important part of the package. 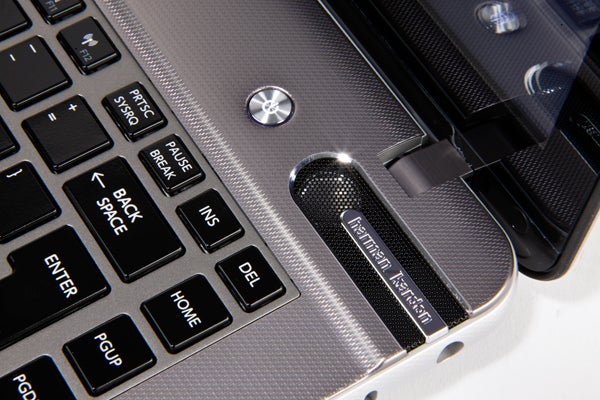 Sound quality generally lives up to our expectations, with high maximum volume levels sans distortion, plenty of depth and body, and more detail and bass than you usually get from laptop speakers. Our only niggle is that trebles are a tad muddier than we recall from similarly sized predecessors, but nonetheless this is still as good as ‘budget’ laptop sound generally gets.

The specifications of the Satellite P845T are pretty much what you would expect, given that this is a mid-range laptop rather than a mid-range Ultrabook (for example, the hard drive doesn’t come with an SSD cache).

Though you can also get a Core i5 model, our Satellite P845T-102 came with a Core i3-3217U, a dual-core processor that supports hyper-threading but won’t clock beyond its standard 1.8GHz clock speed. On this model it’s backed by 6GB of RAM, where the P845T-108 comes with 4GB.

For hard drive duties, we have a Toshiba-branded standard moving parts spinner without the hybrid SSD bit that gives Ultrabooks their fast bootup times and responsiveness in certain scenarios. To rub salt into the wound, it’s a 5,400rpm model rather than one of the speedier 7,200rpm disks. 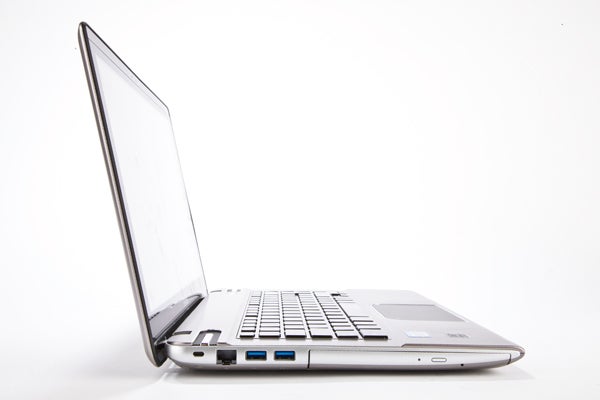 It’s not all bad news though, as at least the drive has a motion-sensor which parks the drive head when it detects bumps or shocks. Toshiba tells you about this with a slightly annoying “Vibration has been detected” message which will pop up at the slightest movement, but we suppose it’s nice to let the less technical user know that their laptop is aware of ‘vibrations’ and is acting to protect their valuable data.

Gaming is handled by Intel’s HD 4000 chip which, as per usual, isn’t really up to much beyond casual 3D titles. This is especially the case here as the Core i3 processor can’t give games much of a boost on the CPU side of things. 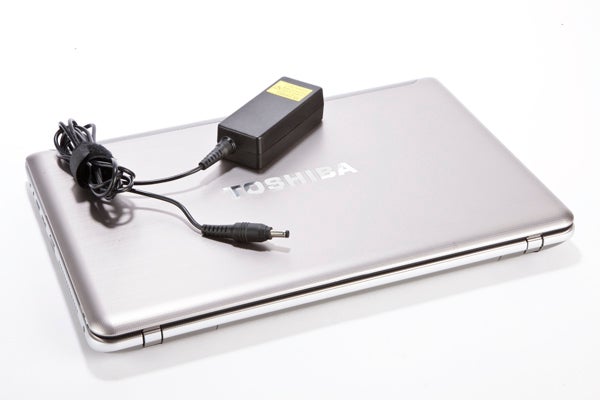 Battery life from the Satellite P845T’s 48Wh/4200mAh unit is on the good side of average, coming in at just under six hours on a charge in a mixed productivity workload with some browsing thrown in.

Just to put that figure into context, it’s important to note that our new battery test is more demanding than previously, and the last 14-inch laptop we looked at with this test – the Dell Inspiron 14z – only managed just over four hours… Another advantage on Toshiba’s score sheet here is that the battery is removable, meaning you can buy a spare and swap it in for those long plane journeys. 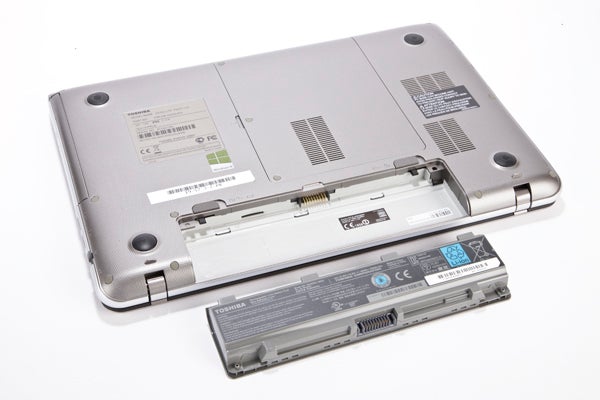 Value is where the £630 Satellite P845T holds its own, as there’s not exactly a lot of choice in the affordable 14-inch Windows 8 touch screen laptop field at the moment. However, it’s not without strong rivals.

Perhaps the most interesting alternative is the 14-inch Asus VivoBook S400. Available for £500, this stylish ultraportable laptop looks and feels far more premium, and is slimmer and lighter to boot.  However, you do lose out on two USB 3.0 ports and the Toshiba’s optical drive, as well as the latter’s superlative audio. We’ll be sure to let you know which is the better pick in our full VivoBook S400 review. 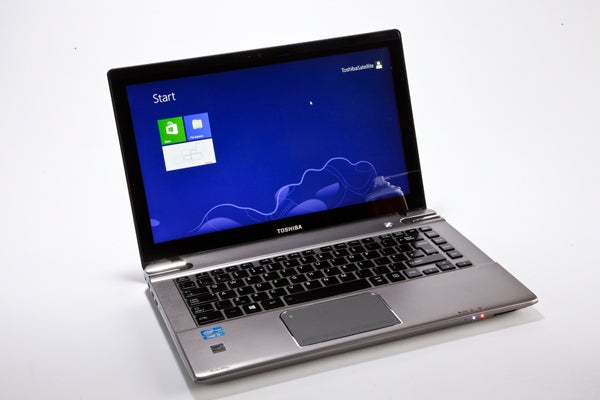 The Toshiba Satellite P845T also seems rather expensive compared to some smaller convertible and tablet rivals, if you’re primarily after a touch experience. When you consider that the 11.6-inch Acer Iconia W700 with keyboard folio cover offers a Full HD IPS touch screen and high-quality unibody aluminium chassis for under £600, the P845T doesn’t seem like quite such a bargain anymore. Still, if you’re after a larger machine with optical drive, it’s not a bad value proposition.

The Toshiba Satellite P845T is an affordable 14-inch laptop with a touchscreen that’s unashamed of its girth, with excellent connectivity and an optical drive. Overall, the Satellite P845T is an odd mix of premium and budget; with metal and glass used in its chassis, amazing speakers, and a backlit keyboard on the one hand joining an average screen, sub-par typing experience, slow hard drive and mediocre build quality on the other. If you want all the features it offers it’s a decent buy, but for most there will be better alternatives.