The Satellite’s Scrabble-tile keyboard beats the Dell and Apple systems for versatility: unlike its rivals, Toshiba has included a numberpad. The Return and Space keys are of a decent size, too, and there’s reasonable space between each key.

The base is solid, and each key feels well-made, but the typing action isn’t as good as that on rivals. The keys don’t have enough travel, and typing feels muddy, without the snappy, responsive action we like on the XPS and MacBook.

The trackpad’s wide surface is responsive and accurate, but the two built-in buttons disappoint. They click quickly, but feel insubstantial and cheap. 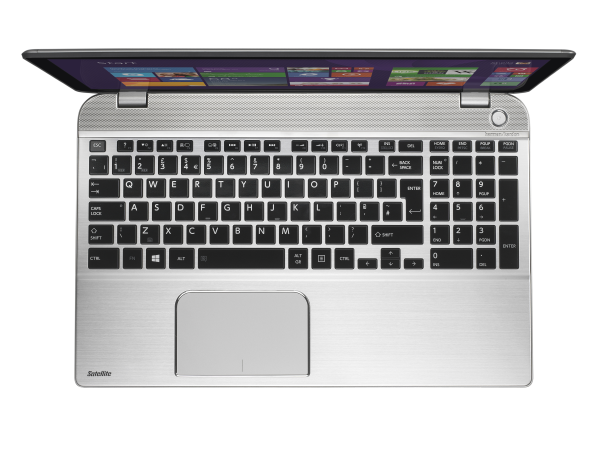 The Satellite comes with a one-year warranty, but it’s possible to extend this deal. A three-year warranty costs a reasonable £48, and a four-year package is £72.

The MacBook Pro and XPS 15 machines we’ve mentioned in this review are both more expensive than the Toshiba, but we’ve got reasons for comparing the Satellite to these two systems.

The XPS 15 we used costs £1,779, but other specifications drastically reduce the price: the £1,299 version still has a Core i7 processor, 16GB of RAM, a discrete GPU and Dell’s high-resolution screen, which has great quality but familiar scaling issues. Dell’s £1,049 model has a still-rapid Core i5 processor, integrated graphics, and a 1080p screen that doesn’t suffer with scaling. And, crucially, both XPS models have the same slim, strong, stunning chassis.

Apple’s 15in MacBook Pro with Retina display costs at least £1,699, but the 13-in versions start at £1,099 – and we’d argue that these smaller machines are better than the Toshiba. Apple’s OS X is more capable at handling the high-resolution panel, and their specifications are still more than enough for most work tasks. And, like the Dell, you’ll still get an exterior that’s sturdy, good-looking and smaller. 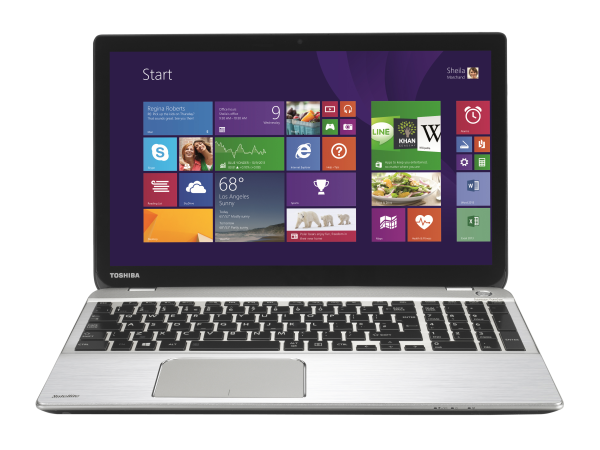 Should I Buy the Toshiba Satellite P50T-B-10K?

We like the idea of a workstation laptop with a high-resolution screen: more pixels means more desktop real estate, which means more windows and applications open at the same time, and the ability to work with images and videos in finer detail.

Toshiba’s panel has the highest resolution we’ve seen on a laptop of this size, and it’s got exceptional accuracy, contrast, brightness and black point figures that sneak ahead of the Dell as its also-excellent screen. But it also suffers from the same scaling issues as every other high-resolution Windows notebook. Some applications are blurry or pixelated, others can’t be seen without squinting, and it makes for an irritating experience. Until third-parties fix these issues, we’d still prefer to work on a 1080p panel.

We’d be able to forgive Toshiba if the Satellite excelled elsewhere, but it doesn’t. The Core i7 processor is inconsistent, the hard disk is slow, and the bevy of unwanted applications also help delay this system during day-to-day use. The keyboard and trackpad aren’t as good as the kit on rival machines, the Satellite’s exterior is uninspiring, and it produces plenty of noise. Battery life, too, is poor.

All of which means that, while accomplished in many areas, this isn’t a laptop we’d recommend unless its 4K screen is an absolute must for you.

The Toshiba’s high-quality screen is hampered by familiar Windows scaling issues and, in most other departments, this system is mediocre – and that’s not good enough to catch up to superb rivals like the Apple MacBook Pro and Dell XPS 15.

Not convinced by the Toshiba? Take a look at 2014’s Best Laptops instead, or take your pick from the Best Laptops for Students.