What is the Toshiba Satellite P50T-B-10K?

The Satellite name on this Toshiba means it’s a work laptop, but the P50T-B-10K is a stylish system that’s designed for those who want a productive portable to look impressive as well as burn through demanding creative applications.

That means a high price of £1,200 as well as an impressive specification. That also means strong competition: at this end of the market the 15in MacBook Pro with Retina Display is an expensive, inevitable spectre, and the stunning Dell XPS 15 is priced similarly. 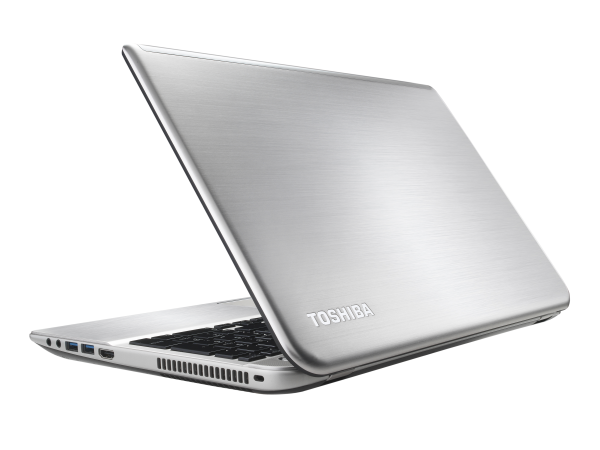 The P50T is a smart system. The lid and wrist-rest are clad in brushed aluminium, and the screen is surrounded by a thin, glossy bezel. The black keys sit in a sunken recess, there’s a speaker grille across its entire width, and the trackpad is given the ring of chrome that we expect on Satellite systems.

This Toshiba is smart, but not distinctive. Its aluminium design is reminiscent of MacBooks, but the exposed seams, manufacturer stickers and plastic underside mean it’s unable to match Cupertino’s finest. It can’t match the XPS either, which uses aluminium and carbon fibre for a unique, slick look. In a market with plenty of good-looking rivals and samey MacBook clones, the P50T doesn’t stand out.

Build quality is varied. We couldn’t budge the right-hand side of the wrist-rest, and much of the underside was almost as strong – we could flex the plastic a little, but were not worried about causing any damage. The screen flexed, but the desktop didn’t distort – another good sign.

The left-hand side isn’t as strong, though; there was too much give on the wrist-rest and underneath, and we’d be worried about impact damage on this portion of the machine.

The Toshiba isn’t as strong as the Dell and Apple systems, and it’s not as svelte either. It’s 28mm from top to bottom, which is around 10mm thicker than its rivals, and it weighs 2.3kg, while the other two systems tipped the scales at less than 2kg. 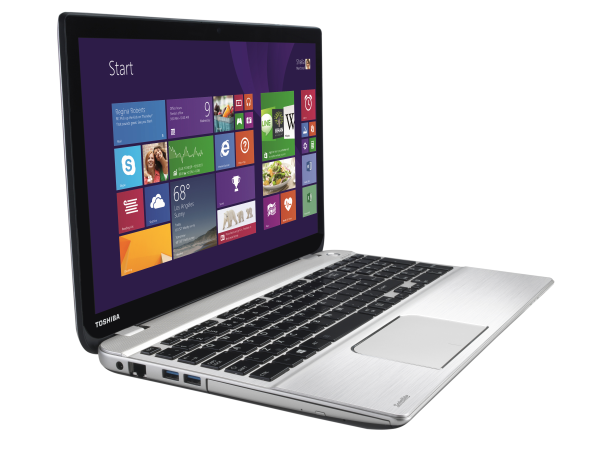 Four USB 3.0 ports is generous, and we’re pleased to see a Blu-ray writer – optical drives are rare than on laptops these days and this goes some way to justifying the extra bulk and weight. There’s only one display output, though, and the HDMI port is joined by a Gigabit Ethernet slot, an SDXC card reader, and two audio jacks.

Connectivity is good, with a dual-band 802.11ac Wi-Fi card and Bluetooth 4.0 alongside that Gigabit Ethernet port. It’s a better selection than the Dell, which had the same wireless configuration but no wired option.

That means a a pixel density of 262.5ppi, which outstrips the Dell and Apple machines that have 237.9ppi and 220.5ppi figures respectively.

The screen is incredibly crisp. Images look sharp, and there’s plenty of room on the Start screen for the largest of Live Tiles. Text and other OS elements look great, too, as Toshiba has used Windows 8.1’s built-in scaling options to mimic a 1080p screen. The result is a screen that looks like it’s 1,920 x 1,080, but with added clarity and sharpness. 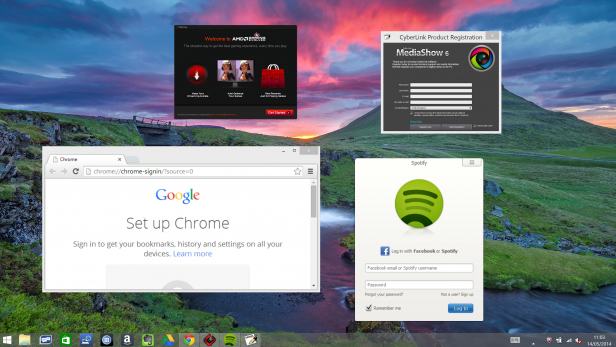 As usual, though, it’s not all good news. Third-party applications still can’t cope with such a high-resolution screen: some, such as AMD’s graphics driver tool, Adobe Photoshop and the included CyberLink software, didn’t scale up, which resulted in tiny windows or text we had to squint to read.

Others, including, Spotify and Google Chrome, scaled up to the correct size – but only because text and everything else was blurry. Even Microsoft didn’t escape: Internet Explorer and Word scaled up perfectly, but the logo in its Office 365 installer was low-resolution and blurry. 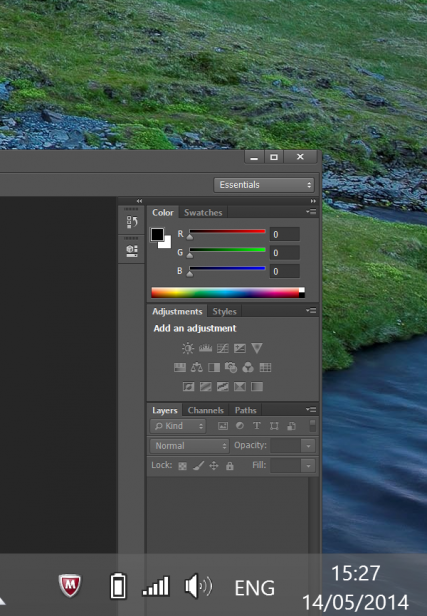 This problem isn’t limited to the Satellite – it’s affected every high-resolution Windows laptop we’ve tested, including the otherwise-excellent Dell XPS. It makes using the Toshiba unsatisfying: it’s no good using a laptop for work when so many crucial applications are needlessly hampered.

The Satellite makes amends with several good benchmark results. The brightness level of 292cd/m2 is excellent, as is the black level of 0.22cd/m2: the former means that colours are vibrant, and the latter ensures that black levels are deeper than on most other systems. The contrast ratio of 1,327:1 is stunning, and it’s also a better result than the Dell XPS, which had an excess of brightness but a poorer black level.

The Toshiba has a better Delta E, too: its average result of 1.74 is superb, and easily outstrips the XPS’s 4.5. Both systems render more than 90% of the sRGB colour gamut, which is great, but neither proved capable with the more demanding range of Adobe RGB.

Again, though, the Toshiba didn’t escape with a clean bill of health. The colour temperature of 7,718K is poor: a long way on the cool side, a long way from the 6,500K ideal, and a world apart from the 6,694K result of the Dell. The glossy screen proves distracting, too.

Toshiba includes an app called ChromaTuner that can be used to switch between different colour profiles, but we don’t recommend it: the Technicolor and Warm options ramp up colours to the point where some colours look oversaturated, and the Cool option goes too far in the other direction.

As usual, Toshiba has used Harmon/Kardon speakers, and quality is excellent. The star of this show is the mid-range, which is meaty and has lots of depth, and it’s ably supported by both ends of the spectrum: the high-end is snappy and crunchy but not overwhelming, and there’s enough bass to be noticeable – a rarity among laptops. Our only issue is the volume – there’s enough to fill a bedroom or office, but a larger living room is beyond this laptop’s capabilities.

Used as our main laptop for the review period
Tested for at least a week
Used consistent benchmarks for fair comparisons with other laptops
Reviewed using respected industry benchmarks and real world use
Next
Toshiba Satellite P50T-B-10K: Battery Life and Performance Review