The keyboard is fully backlit, and the 15.6-inch frame means there is plenty of space for fully sized function keys, a full number pad to the right of the main keyboard and a good amount of space between the keys, which keeps typos to a minimum. We found typing to be fast and accurate, although we’d have prefered a wider space bar, as the one provided here is a little on the stubby side, around the length of four keys (a nearby Macbook Air, for comparison, was the width of five keys.) 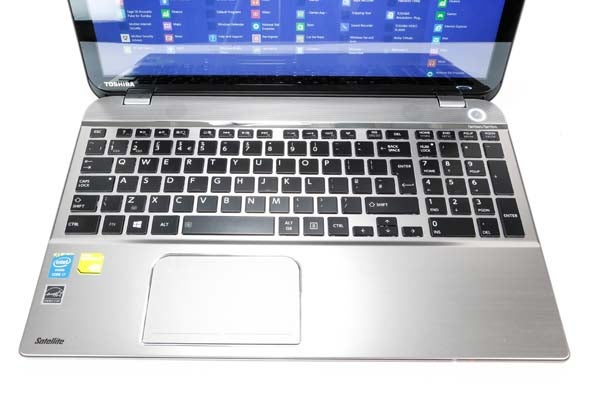 But it’s responsive and quiet, and the keys feel satisfying to the touch, with plenty of room left over to place your wrists either side of the touchpad.

There’s plenty of room for the touchpad, which is the first hurdle to overcome when making a good one (Sony’s VAIO Duo, take note), with a clear distinction between left and right clicks. The slight offset to the left of the laptop (placing it in the middle of the Capslock to Enter keys, rather than centred between Capslock and the numpad) can take a little getting used to, but for the most part it’s decent, if unspectacular. Gestures are the real let down: while for the most part they’re recognised, occasionally you’ll find a selection of text being highlighted, rather than the whole screen scrolling. Frustrating, but far from a deal-breaker. 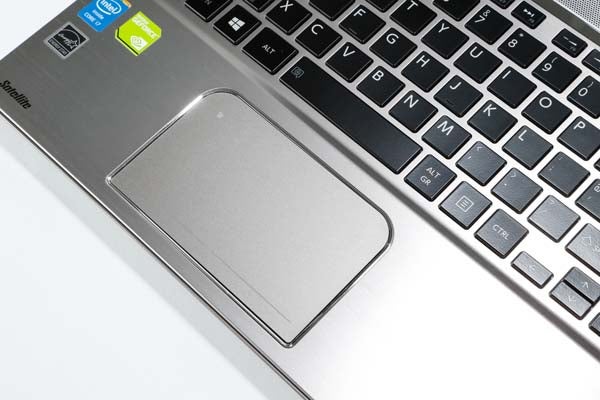 A couple of extra points to emphasise before we close. The first is to reiterate this laptop comes with an optical DVD drive installed, which is going the way of the dinosaur. While we don’t use them often, the simple pleasure of being able to watch a DVD on your new laptop is a nice perk but we would have much prefered a Blu-ray drive. 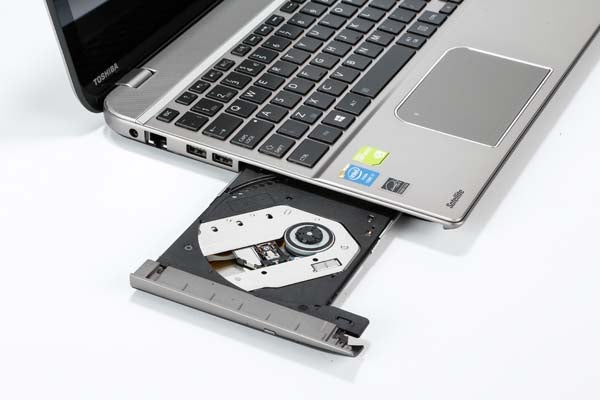 Secondly, the built in speakers are a touch above what you normally get in laptops, built in by Harman Kardon. The sound quality is really clear, and unusually the bass is pretty good. It’s never going to replace a proper speaker set-up, but its among the best we’ve heard recently.

Should I buy the Toshiba Satellite P50t-A-10U?

With almost identical specifications to the HP Envy and some easy areas to beat it on, we thought the Toshiba Satellite P50t-A-10U had a good chance of being our sub-£1,000 high power laptop of choice, but it seems to fall into a number of the same traps: the screen has better viewing angles, but suffers from a similar lack of sharpness and it’s also missing a Solid State Drive. It does have a better keyboard and trackpad for our money, but that advantage is neutralised by the weaker performance in 3DMark and PCMark07. And its poor battery life.

Both are solid laptops which offer decent value for money for the specification, but both could have been so much more. Between the two, if you’re after raw power, the Envy edges it, but if you spend more time browsing, working and watching (the Toshiba comes with a DVD drive, while the HP doesn’t), then the Satellite P50t-A-10U has the advantage thanks to its superior trackpad and keyboard. If you don’t have to rely on its battery, that is.

As we said in the Envy review though, the Dell XPS15 looks a good bet with similar specifications to both these, and it comes with a hybrid SSD/SATA hard drive. We haven’t reviewed that model, but it seems to offer a good alternative to both.

Impressive specifications and decent value, but a 5,400rpm hard drive and disappointing screen hold this laptop back from greatness.