Toshiba aims to impress with a 4K laptop

On the surface the Toshiba Satellite P50t looks like a fairly standard 15.6-inch laptop. It has a large keyboard with a number pad, all the connections you could possibly need and does its best to remain thin and light.

But it has a claim to fame: it will come with the option of a 3840 x 2160 4K / Ultra HD display that’s calibrated by display experts ChromaTune and which is Technicolor Color Certified.

This is not a review but first impressions based on a short time with the product. The Toshiba Satellite P50t is expected to go on sale in Spring. 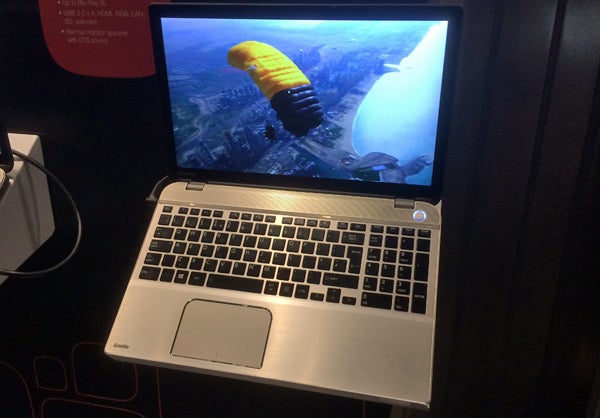 Let’s deal with that screen to start with. Important point first, it’s not the only option. The P50t will also be sold with a more mundane 1920 x 1080 screen, which I’m certain will cost a good deal less than the 4K version. Sadly there’s no price for either, yet.

While Toshiba couldn’t share all the specs of its 4K screen at the demo I attended, it did claim a peak brightness of 300 nits (about standard for a decent laptop) and a pixels per inch of 282ppi. That’s slightly more than the 220ppi of the 15-inch MacBook Pro with Retina display, though it’s not an especially important difference to my eyes.

What’s of greater import is the accuracy and colour range, and we’ll just have to wait for a review unit for that. Toshiba makes allusions to a wide-gamut and the ability to switch colour spaces on the fly, though, which is promising. On first inspection it certainly looked impressive, and that’s with the addition of touch layer that can impair image quality sometimes. 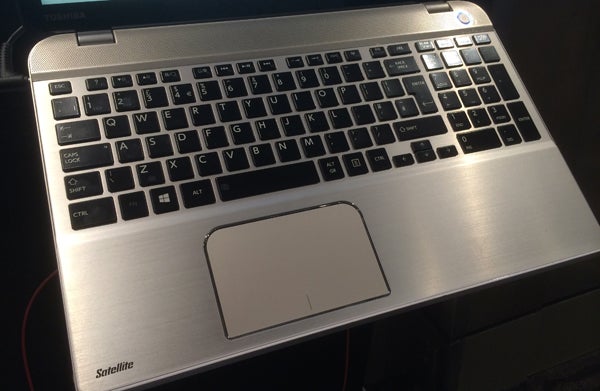 Despite being a large 15.6-inch laptop, Toshiba claims an impressively light total weight of 2.2kg. This is great and at first glance it doesn’t feel like Toshiba has cut too many corners to hit this weight. It’s no MacBook, but it has pleasant to touch metal finish and some pleasing curves. I’m less enamoured with the perforated metal speaker grill, but it’s not a serious eyesore.

Overall, a great deal rides on the price here. The P50t looks like a nice laptop, but not the kind I’d be willing to spend MacBook money on. If it’s cheaper, though, all should be fine. 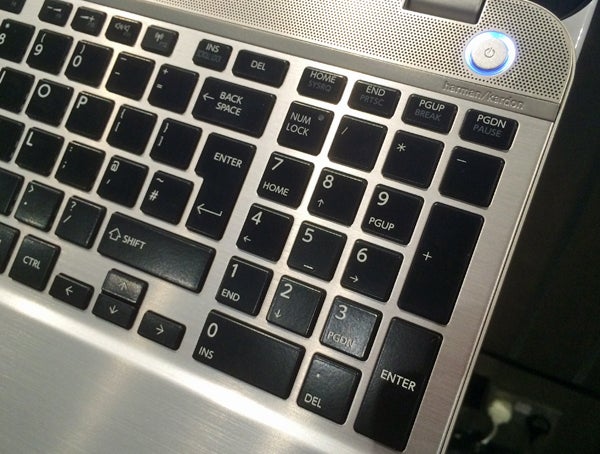 The only part of the P50t I wasn’t too keen on based on my short with it was the keyboard. The layout is OK, but the action on the keys felt a little shallow and imprecise to me. Granted, I didn’t write an essay on it and some may call me fussy about keyboards (I am), but that’s because they matter! On first try I wasn’t 100 per cent convinced.

Still, it is backlit and the addition of a number pad is welcome one. It may not win style points, but it’s a huge practicality thumbs up here. 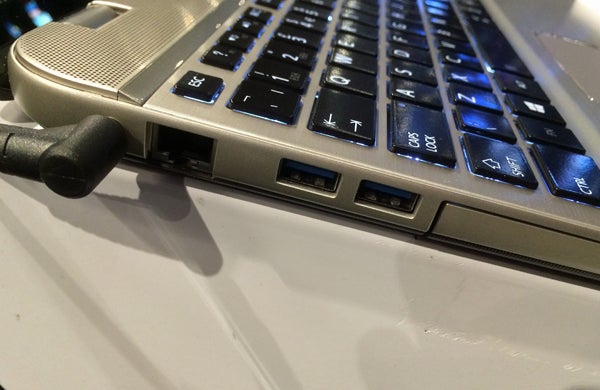 There are four USB 3 ports, on of which is Sleep and Charge enabled 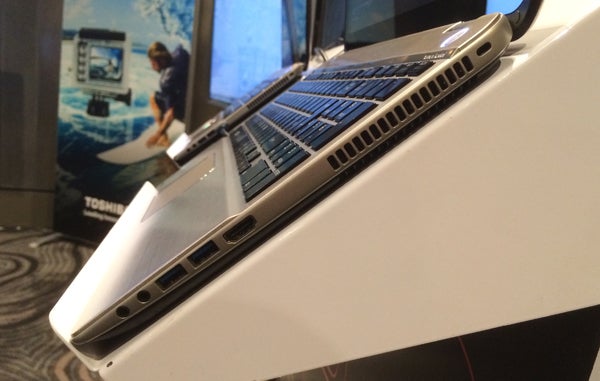 For a large laptop it’s quite slim

All the specs are fairly vague at this stage and there will doubtless be multiple configs, but by the sound of things they’ll all be Quad-Core Intel Core i7s with 1TB hard drives. It’s disappointing to see no mention of an SSD or hybrid option, however, which could hamper performance in comparison to rivals.

Another interesting choice is the AMD Radeon R9 M265X GPU with 2GB VRAM. We don’t see AMD cards in laptops all that often, and with good reason: Nvidia has, in recent times, held a significant performance advantage. We haven’t tested a M265X yet, though, so I’ll reserve judgement until we do.

Other highlights include 802.11ac Wi-Fi, an SD card slot that supports UHS-II cards and Harmon/kardon speakers. Said speakers have DTS Sound audio enhancement and Slip Stream Technology, but your guess is as good as mine as to what that actually means. Hopefully they’ll sound good, but I didn’t get the chance to try them at the launch. 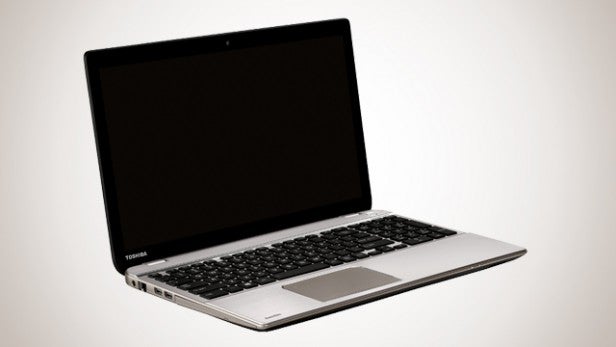 My overriding feeling for the Toshiba Satellite P50t is cautious optimism. The screen looks very promising and the design is nice without being spectacular. If the price is right then Toshiba could be onto a winner, but the price will be key.

Next, read more laptop reviews or try our round-up of the best laptops for students