Not so long ago we were pretty much blown away by Toshiba’s 42WLT66: a 42in LCD TV that met the current fascination with ‘full HD’ 1,920 x 1,080 panels at a groundbreakingly low price point. And now Tosh is at it again, adding a whole five inches to the 42WLT66’s screen size to make the 47WLT66, but only adding a relatively paltry £100 to the asking price. So is the 47WLT66 one of the finest big-screen bargains in town, or what?


It has to be said that its lowly price does seem somewhat reflected in its build quality. The screen bezel feels plasticky, and the dark grey colour scheme is rather drab when compared to pretty much any other large-screen flat TV we can think of. At least the screen frame is unusually slender, making it ideal for folk not wanting their TV to eat up any more space than is absolutely necessary.


Connectivity is dominated by twin HDMI inputs, supported on the HD video front by a set of component jacks. Such satisfactory HD provision is, of course, no more than we’d expect from a full HD screen. 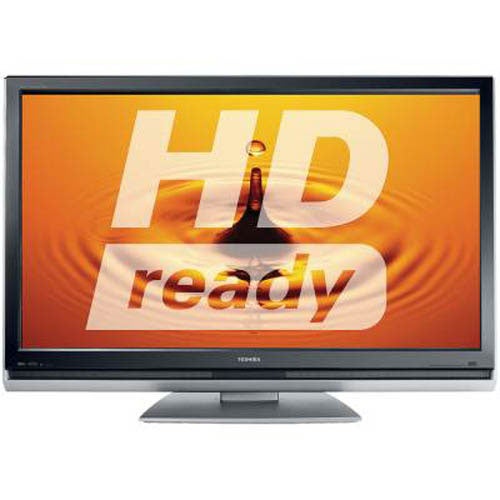 The 47WLT66 also sports a D-Sub PC input, a couple of Scarts, a composite video input, and a CI slot where you can add digital TV subscription cards. It doesn’t take Einstein to work out from this slot that the 47WLT66 sports a built-in digital TV tuner.


The only serious connection disappointment is that there’s no four-pin S-Video input. But if you’re desperate to get an S-Video feed in there, you can always use one of the Scarts.


A more minor but still noteworthy omission is a digital audio output, meaning you can’t pipe out any Dolby Digital audio streams that Freeview might broadcast to a suitable AV receiver. The digital tuner is at least supported, though, by handling of the Freeview 7-day electronic programme guide, right down to the facility to set timer recordings simply by selecting programmes from the EPG listings.

Next on the list of significant 47WLT66 features is its Active Vision LCD image processing. This has worked wonders on the picture quality of various previous Toshiba TVs with its focus on boosting fine detailing, colour saturations/tones, motion handling and contrast. So we’d be surprised if it let the side down here.


Other bits and bobs contained in the 47WLT66’s rather old-fashioned onscreen menus include backlight level adjustment; both MPEG and 3D noise reduction systems; a 3D Colour Management option that apparently tweaks the TV’s colour settings to make them better suited to PC sources; and the facility to manipulate – independently – the red, green, blue, yellow, magenta and cyan fundamentals of the colour palette. 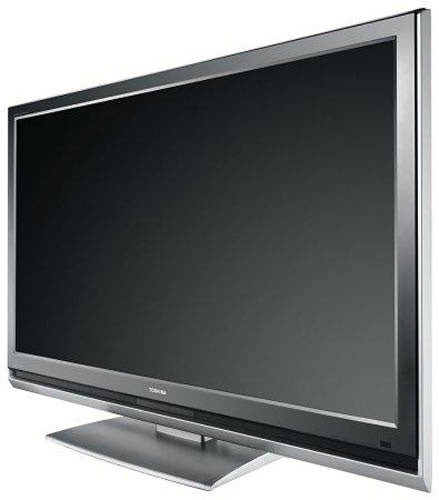 Starting to test the 47WLT66 immediately throws up a little disappointment, though, as our resident 1080p sources (an upscaling Marantz DVD deck and Xbox 360 console) both fail to appear on the 47WLT66’s screen. In other words, despite its full HD resolution, it’s not compatible with the latest ‘HD format du jour’.


It will, however, take 720p and 1080i HD sources, with the 1080i ones clearly being of most interest to us because of their affinity with the panel’s native resolution. So we set our DVD deck, Sky HD receiver and Xbox 360 to 1080i, and started again…

When you’re looking for benefits of a full HD resolution, you’re predominantly keeping an eye out for three things: more detail and sharpness; less video noise thanks to the fact that the TV isn’t having to ‘rescale’ a 1080i source to fit a different resolution screen; and more subtle colour delineations. And we’re pleased to say that to some extent the 47WLT66 delivers on all of these full HD bonuses.


We’ve perhaps seen one or two full HD rivals, such as Sony’s 46X2000 or Pioneer’s PDP-5000EX, look even more detailed, especially in their colour blends, but there’s no denying that the 47WLT66 does deliver a sense of the ‘full HD difference’.

The picture is impressively bright too, showing that even an LCD as large as 47in can outperform pretty much any plasma TV in this regard. The brightness levels around also help propel vivid colours off the screen with serious aggression, making the screen a particularly good friend of colourful Xbox 360 games or animated movies.


With a dark movie scene or pretty much any of Xbox 360’s Gears of War’s factory level, it quickly becomes obvious that the 47WLT66’s black level response leaves a little to be desired. Parts of the picture that should look black instead look rather grey, which also means dark scenes can lack depth and scale. Black levels have arguably always been the weakest element in Toshiba’s otherwise exemplary LCD TVs, but here the problem is more noticeable than on the company’s smaller screens. It’s not severe enough to completely undo the good work being done elsewhere, but it does bring the overall picture mark down from Toshiba’s usual 9 or 10 levels. 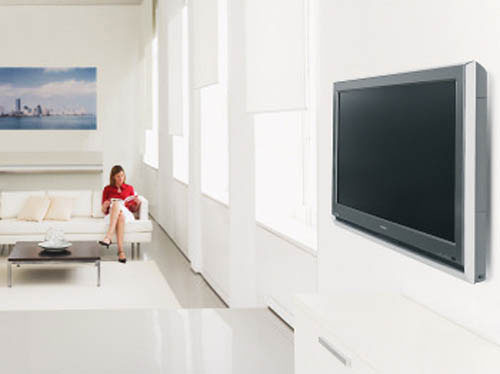 We also aren’t completely blown away by the 47WLT66’s handling of standard definition sources. On the upside, they look reasonably clean and noiseless. But they’re also a little softer than we’d like, and skin tones can look slightly plasticky.

One final niggle is that you really don’t have to watch the 47WLT66 from much of a side angle at all – no more than 45 degrees, at any rate – for its pictures to lose quite a chunk of their colour and contrast.


Moving on to the 47WLT66’s audio, it’s actually better than we’d expected given the slender nature of the TV’s build. The trusty opening scenes of Saving Private Ryan are delivered with solid dynamism and frequency range, and without distortion or harshness. A bit more treble detailing would have been nice, but overall we’re happy enough.


Most Toshiba LCD TVs are pretty easy to recommend unreservedly. But with the 47WLT66 the situation is a little less straightforward. For while it delivers some of the benefits we’ve come to expect of a full HD TV at a strikingly affordable price, its black levels make it more of a ‘one to audition’ product than a definite ‘buy this and you won’t be disappointed’…