Despite the fact that we’ve found the 40WL753 selling for around £700, it’s actually Toshiba’s flagship 40in TV.


This is perhaps not totally surprising for a brand that’s done brisk business since apparently repositioning itself as a budget brand two or three years ago. But it does make us wonder if Toshiba is really capable of making a truly premium TV any more. Guess we’ll have to see what the brand’s designer VL series and 3D-capable WL768 models have to say about that when they turn up in the very near future.


But that’s a debate for another day. Getting back to business with the 40WL753, one obvious thing about its surprisingly low price is that it raises hopes the TV will turn out to be a bargain – as many other recent Toshiba sets have been. And certainly there’s not much about the set’s spec sheet that undermines such hopes. 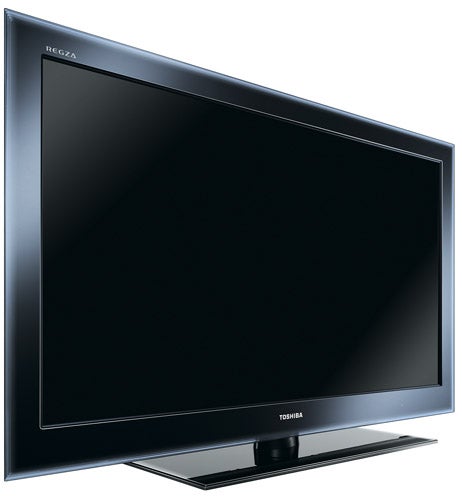 For instance, it uses that technology du jour, edge LED lighting. Plus it’s got a full HD native resolution, a Freeview HD tuner built in, and what appears on the surface to be a pretty strong suite of multimedia tools.


Delivered by two USB ports, an SDHC card slot and an Ethernet port, these multimedia features comprise payback of MP3, JPEG and DivX files, plus access to online services.


However, it wouldn’t do to confuse the 40WL753 with a true online TV like Panasonic’s Viera Cast models, Philips’ Net TV models, or Sony’s Bravia Internet Video models. For actually, the only service available on the 40WL753 at the time of writing is YouTube. And judging by the way the YouTube portal just sits there in a multimedia menu, with no ‘window-dressing’, we suspect this is going to be the sum total of the set’s online features rather than more appearing via firmware updates in the future.


An interesting quirk of the 40WL753’s YouTube portal is that it provides two different access methods: a standard, Internet-like one with extensive text input and PC-like nav controls. Much more usable is a more intuitive ‘XL’ interface designed with TV remote controls in mind. The only catch is that this portal seemed more unstable during our tests than the long-winded method. But it only crashed twice in a four-day period, so we guess that isn’t really too bad. And Toshiba can probably send a ‘patch’ to the TV anyway if a persistent problem with the YouTube XL portal is identified.

As you’d hope of a flagship TV – even a surprisingly affordable one – the 40WL753 is well provided for when it comes to picture adjustments. There’s a decent if not world-shattering colour management system for instance, allowing you to adjust the hue, saturation and brightness of the red, green, blue, cyan, magenta and yellow colour elements, plus the offset and gain levels of the red, green and blue primaries.


The static gamma value can be adjusted too, along with the backlight level and even the balance of the black and white image content, via an unusual but effective sliding bar tool.


The last promising features of the 40WL753 are all based on its processing tools. For as well as Toshiba’s pretty much de rigueur Active Vision video processing system, you get 200Hz processing for enhanced motion clarity and reduced judder, plus Toshiba’s always impressive Resolution+ tool for boosting the sharpness of standard definition pictures. 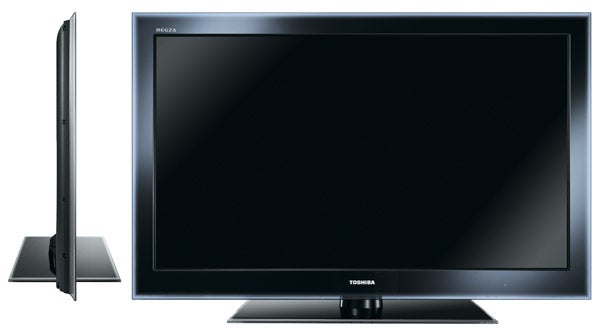 One last thing to mention before getting into the 40WL753’s picture performance is the set’s design. In some ways it’s very pleasant, thanks to the glass cover sitting over its bezel, and the way that cover extends a centimetre or so beyond the blackness of the rest of the bezel. However, the bezel’s size might prove daunting for some people, extending as it does the best part of two inches out around the screen.


Another little design flaw that will affect potential wall hangers is the way many of the set’s connections just face straight out of the TV’s rear, rather than allowing sideways access.


The main problem is that old edge LED chestnut of inconsistent backlight levels. Very dark scenes reveal pools of extra brightness in each of the set’s corners, plus three or four more subtle but larger patches of extra brightness elsewhere. While these patches of light inconsistency only show up with very dark material, whenever you can see them, they’re seriously distracting.


It doesn’t help matters that as with most LCD TVs, contrast levels are reduced and the inconsistencies highlighted if you have to watch the TV from much of an angle.


This is all particularly upsetting because the set’s black level response otherwise isn’t that bad. Not on a par with the best plasma or direct LED TVs, obviously, but certainly a good effort by the standards of CCFL and edge LED TVs. Scenes with a mixture of dark and light content thus look reasonably punchy and dynamic, if not as explosive as the very best TVs around.

Colours are generally impressive too. Fairly rich saturations combine with natural tones and some good subtlety when it comes to delineating the smallest differences in tones when showing colour blends. This talent proves particularly effective when showing skin tones, which avoid the rather waxy appearance seen with less able screens.


When it comes to sharpness, the 40WL753 again impresses. With HD – especially Blu-rays – images look crisp and detailed, especially as the 200Hz processing does a decent job of suppressing LCD’s problems with motion blur and judder. What’s more, provided you don’t set the Advanced Film mode any higher than its Standard mode, the motion processing does its stuff without creating nasty artefacts or leaving the picture looking over-processed.


At first the set doesn’t seem as comfortable with standard definition, leaving it looking smooth (as in, reasonably devoid of digital processing artefacts and grain) but slightly soft. 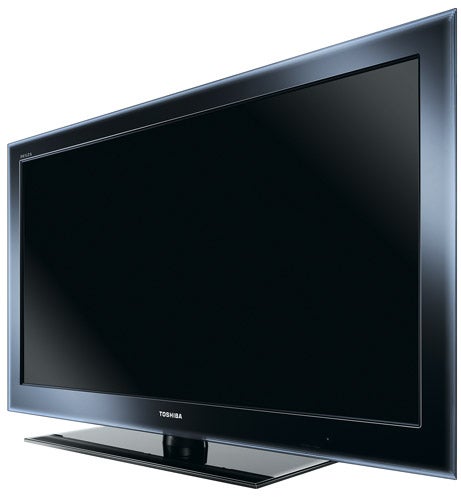 But then we remember the set’s Resolution+ processing, and a little tinkering with this soon improves things no end, adding sharpness and detail without – crucially – exaggerating picture noise. Or at least that’s the case if you don’t push the processing too high – we personally stuck to its level 3 setting, as every step above that produced an incremental increase in noise.


Sadly, though, while the 40WL753 is capable of producing occasionally spectacular pictures, they’re ultimately defined – for us movie and console game lovers, at least – by that dreaded backlight inconsistency. So much so that we actually felt tense while watching films as we found ourselves waiting for the backlight flaws to suddenly pop up.


It’s not just the 40WL753’s backlight troubles that can leave you feeling detached from what you’re watching, either. For the set’s sound is really pretty feeble, with practically zero bass, a rather skinny mid-range, and a tendency to push trebles too much at the expense of everything else – resulting in some sibilant dialogue and occasionally quite acute harshness during high-octane sequences.


The 40WL753 does at least seem to be aware of its limitations, in that it’s included a subwoofer line output among its connections. But we suspect most people reading this review would have preferred it if Toshiba had just put more effort into getting bass out of the set’s speakers rather than expecting us to buy an external subwoofer. Plus it seems highly unlikely to us that any external subwoofer will combine at all believably with the thin upper register sounds emerging from the TV’s own speakers.


There’s another issue, too: imbalanced left and right speakers. The sound from the 40WL753 emerges predominantly from the TV’s rear. Yet while there’s quite a bit of room for the sound on the left rear side, on the right the space is eaten into by the TV’s connections panel. So it’s hardly surprising that if you swing the sound balance between the set’s left and right speakers, it’s noticeably louder when running on the left speaker only than it is when running on the right speaker only.


If you’re a reasonably casual TV user after an affordable but decently featured 40in TV to mostly just watch normal TV programming on, the 40WL753 is just about worth considering – especially given the cleverness of its Resolution+ system at upscaling standard definition. However, the 40WL753‘s online features are seriously slender compared with most rival brands, and for gamers and film fans the set’s backlight issues and one-dimensional audio could very well be deal breakers.