The first model from Toshiba’s new 2010 TV range, the 40LV713DB, is both refreshing and slightly disturbing all at the same time.


What’s refreshing is its sheer simplicity: it’s a no-nonsense, stripped down TV built with at least one eye always on its final, eye-catchingly cheap price (we’ve found it going for just £550).


What’s slightly disturbing is the sight of a brand as respected as Toshiba continuing to flog the price pony for all its worth, rather than using its undoubted talents to try and make some much-needed margin at higher levels of the TV marketplace. We know the brand did some serious volumes of sales last year on the back of its aggressive pricing strategy, but can any brand get by on volume alone in these still dark and gloomy times?


We don’t know. And actually, you know, provided Toshiba doesn’t actually collapse, nor do we care! 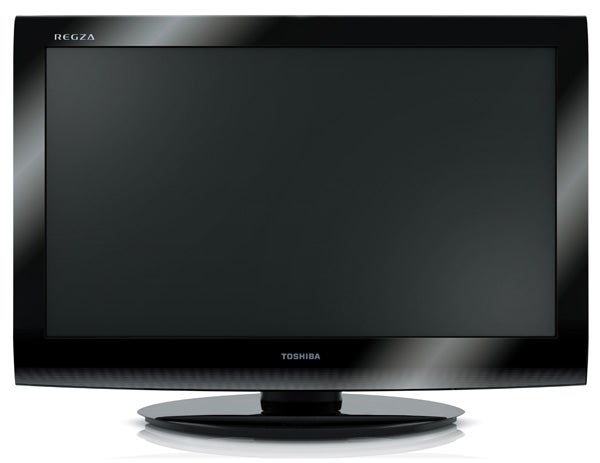 For with our pure consumer hat firmly on, the bottom line is that the 40LV713DB’s £550 price tag provides you with a ridiculously affordable way to get your hands on 40in of surprisingly good LCD picture quality.


Not that the 40LV713DB exactly had us at hello, though. For actually, we found its design rather cumbersome, thanks to the large expanse of glossy but overtly plasticky bezel that sprawls out from the screen’s edges. Not to put too fine a point on it, the 40LV713DB looks kind of cheap.


Its connections have a couple of unpleasant surprises up their sleeves too. First, there are only three HDMIs when most of Toshiba’s budget models last year managed four. And second, there’s no Ethernet jack, which can mean only one thing: the set doesn’t carry a Freeview HD tuner.


This won’t matter much, of course, if you’ve already got a Sky or Freesat HD installation supplying you with your HD goodies. But we suspect it might be enough to immediately put off a chunk of those people in the UK lucky enough to live in a Freeview HD reception area.


The lack of Ethernet provision also means that the TV has no DLNA support or online features, leaving as its only significant multimedia talents its carriage of a VGA PC port and a USB input that can play JPEG stills and MP3 music files.

The missing Freeview HD tuner does not, however, signal a dearth of features in general on the 40LV713DB. It’s got a Full HD resolution, for instance, and it carries a slightly ageing version of Toshiba’s solid, all-purpose Active Vision picture processing.


Then there’s the startling amount of image setup flexibility contained within the 40LV713DB’s onscreen menus. Particularly amazing for £550 is the set’s provision of a genuine colour management system, allowing you to adjust the hue, brightness and saturation of the six main colour constituents, as well as the gain value of the red, green and blue colour components.


But we also got plenty of calibration mileage out of separate backlight and brightness adjustments; a Cinema Mode for enhanced playback of film sources; an adjustable colour transient improvement tool; and something called an Adaptive Luma Control, which can be set to any of 10 levels of potency, and automatically adjusts the contrast and brightness levels in response to the content of the image being shown at any given moment.


The fact that we even get to mention the word ‘calibration’ in a review of a £550 40in LCD TV is quite something. Especially as our calibration efforts actually yield real results, helping the 40LV713DB produce pictures way above its price station. 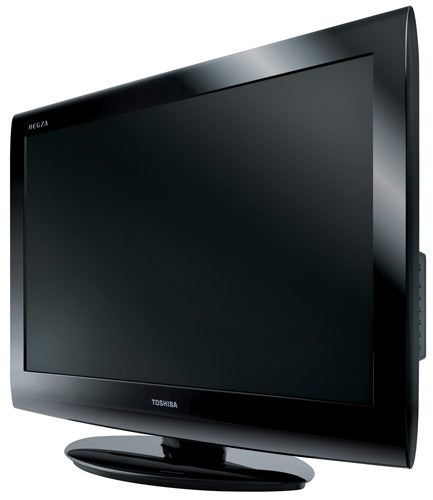 Two things, in particular, allow the 40LV713DB’s pictures to stand out from the usually very underwhelming sub-£550, big-screen LCD crowd.


First, its colours are excellent: vibrant, subtle when it comes to showing blends and tone shifts, and usually natural in tone once you’ve calibrated away the out-of-the-box tendency to push pinks and skin-tones too aggressively. This marks a considerable improvement over the slightly muted look to colours of Toshiba’s 2009 budget models, and actually allows the 40LV713DB to stand proud in colour terms against TVs costing hundreds of pounds more.


Second, and much better than is common so far down the TV price index are the 40LV713DB’s black levels. Again there’s a clear step forward from last year, resulting in dark scenes that suffer with only minor amounts of low-contrast grey clouding.


Furthermore, the backlight appears very even across the whole screen, avoiding the sort of backlight consistency distractions that frequently blight some cheap – and some not so cheap! – LCD TVs.


More good news finds the 40LV713DB’s pictures looking much brighter post calibration than the rather muted images noted with last year’s budget Toshiba models. Also, high definition sources are presented with likeable sharpness and plenty of fine detail, and this sense of crispness and cleanliness with HD material only breaks down slightly with motion-packed scenes, despite the fact that it’s only a 50Hz TV.

There is definitely a degree of judder and – with very fast motion – trailing to tolerate. And now that we’re starting to look at little performance reminders of the TV’s lowly price, we have to say we were slightly sad not to find the 40LV713DB carrying Toshiba’s Resolution+ engine for improving standard definition performance.


We wouldn’t say the set’s standard definition pictures actually look bad; in fact, they’re reasonably crisp and not particularly noisy, notwithstanding a tendency to slightly over-stress very contrasty edges. But we would still have liked the flexibility delivered by Resolution+ to adjust the look of the upscaled pictures to suit our tastes. 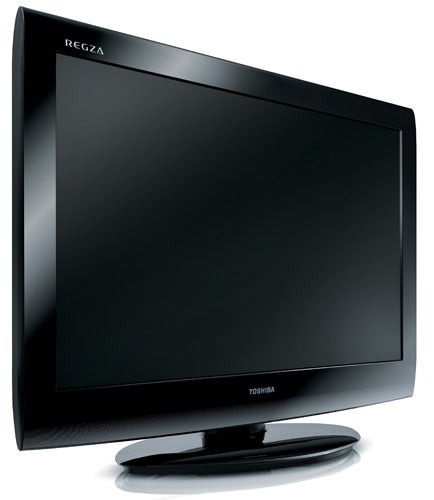 The 40LV713DB predictably suffers with a fairly – though not severely – limited viewing angle before pictures lose contrast. And while HD pictures definitely look HD, nor are they quite as pristinely crisp as we’ve seen them on some more expensive TVs.


None of these issues, though, stop the 40LV713DB from really impressing us with its pictures, considering how cheap it is.


It’s a shame, then, that the 40LV713DB’s sound is anything but impressive. Its speakers are some of the weakest we’ve heard on a big-screen TV, in fact. Even when watching normal daytime TV – ”Bargain Hunt”, ”Jeremy Kyle” and all that jazz – the speakers can struggle to portray male voices without distorting slightly and sounding muddy. So you can imagine how off the pace they sound with a good Hollywood action sequence. There’s far too little power, far too little bass and far too little dynamic range. Disappointing.


This is one of those reviews where we really struggled to decide on a final mark – as in, should it be a seven or an eight. In the end, we were nudged towards the seven on account of the 40LV713DB’s flimsy sonics and lack of Freeview HD tuner.


But if you already have a separate HD source and, ideally, a separate sound system, you can easily convert that seven score to an eight, and bag yourself a 40LV713DB safe in the knowledge that it will give you pictures far better than you frankly deserve for only coughing up £550 on a 40in TV!