The current price-cutting war in the LCD TV world really is crazy right now. For instance, despite barely a week passing since we reviewed Toshiba’s low-end 37CV505DB at £546.81, the brand’s step-up model, the 37XV505DB, is now available for only £16 or so more – even though the 37XV505DB swaps the 37CV505DB’s HD Ready resolution for a much more fashionable and HD-loving Full HD resolution of 1,920 x 1,080. Wowza. Sounds like an opportunity too good to miss, doesn’t it?


The 37XV505DB is pretty missable aesthetically, though. For while we had a little soft spot for the XV range’s simple black rectangle design when it first appeared, the design extravagances of a healthy number of recent rival TVs and a slightly plasticky finish now combine to make the Tosh effort seem a little bland, truth be told. But then this is, after all, a 37in Full HD TV costing under £600, so we can easily live with an uninspiring design if the set scores in enough other areas. 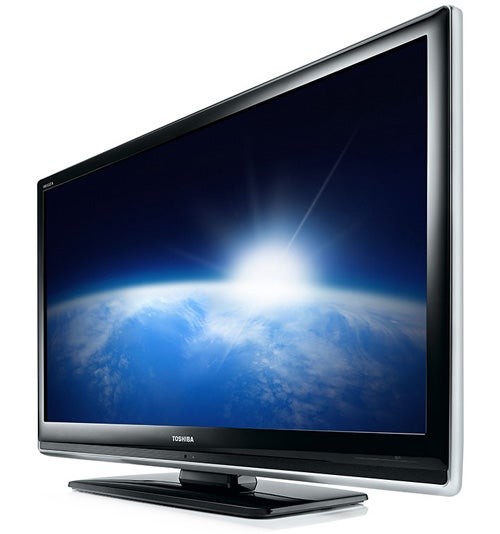 And score it certainly does with its connections, which manage to include three v1.3 HDMI inputs despite the lowly price, as well as a D-Sub PC port, a subwoofer line-out, and the increasingly de rigueur optical audio output for piping Dolby Digital audio out to an AV receiver. Admittedly there are no SD card slots, USB ports and such like, but then I refer you again to my earlier ‘sub-£600’ point.


Feature-wise, aside from its higher native resolution, the 37XV505DB’s main specification difference to the 37CV505DB is a slightly more impressive dynamic contrast ratio of 18,000:1 vs the CV models’ 15,000:1. 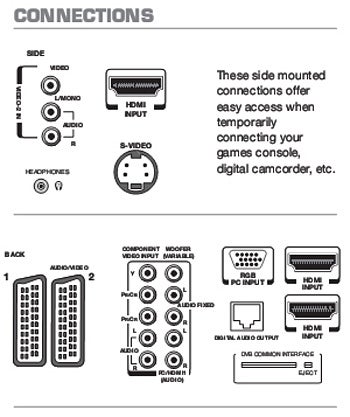 
There’s also a Game mode for optimising the TV’s performance with PS3, Xbox 360 and Wii consoles; a 3D colour management system via which you can fine tune the set’s colour settings; an auto backlight mode that continually adjusts the TV’s backlight output based on an assessment of the image content; SRS Wow audio processing; and last and most certainly least, something Toshiba proudly calls the ‘Full Power Down Option’. Coo.


As we saw in our review of the 37CV505DB, though, impressive though this feature sounds on paper, in reality it’s no more fancy than the inclusion of a button which switches the TV right off rather than merely shutting it into standby. Hmm. Not exactly a prime contender for the great TV innovations hall of fame, methinks.

Turning our attentions to the 37XV505DB’s picture performance, the best way to sum it up is to say that it’s pretty fair for such a cheap TV, but at the same time not as much of an advance over the 37CV505DB as we would have hoped.


The main reason we make this latter point is that the 37XV505DB just doesn’t capitalise on its higher resolution as dramatically as it should. In particular, its HD pictures don’t look as pin-sharp and extra-clean as we like to see them looking on Full HD TVs. I wouldn’t go so far as to say HD sources like ”There Will Be Blood” on Blu-ray actually look soft on the 37XV505DB, but they certainly don’t look as ‘HD’ as we know they can.


When it comes to black levels, meanwhile, although the 37XV505DB possibly – just possibly – delivers a greater contrast response than the 37CV505DB, dark parts of its pictures are still clearly afflicted by LCD’s traditional grey clouding effect. And predictably, this has the customary negative impact on image depth, leaving dark scenes feeling a touch flat.


This sense of flatness isn’t helped, either, by the 37XV505DB’s somewhat muted colour response – at least when you’ve got the contrast and brightness tuned down to a level where the picture doesn’t unpleasantly over-emphasise video noise. 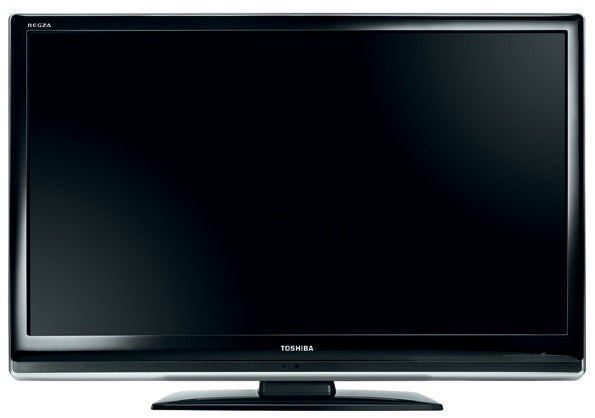 What’s more, as well as feeling muted the 37XV505DB’s colours spend an uncomfortably long time living with some pretty unnatural-looking tones. This is especially true during dark scenes, but bright scenes are by no means immune to the occasional radioactive green, orangey-red or sickly skin tone.


Another problem with the 37XV505DB’s pictures is that something about the Active Vision processing in conjunction with the 1,920 x 1,080 pixel count just doesn’t gel when showing standard definition sources. This results in exaggerated MPEG noise, more colour tone slippage, and the odd stressy edge.


For all their flaws, though, the 37XV505DB’s pictures do have one or two attractive features, at least in relation to other sets going for the same sort of money. Not least among these is the fact that they don’t suffer too badly with motion blur considering this is a budget TV with no 100Hz processing. Also, while its HD pictures might not be the sharpest in the box, they are at least generally free from noise and look pretty natural notwithstanding the odd colour issues we’ve mentioned.


Finally, while colours might suffer a few rogue tones, they do at least show some benefit from the Full HD pixel count when it comes to the subtlety of colour blends.


Unfortunately we’re unable to finish on a high with this Toshiba’s sound, though. The speakers on board are fundamentally average, sounding a touch muddy and distorted even with relatively straightforward material like a news broadcast, and coming up distinctly short in the power and frequency range departments when asked to rise to the challenge of a good action movie sequence (like the liquid nitrogen lorry crash on the recent Blu-ray of ”Terminator 2”).


Although extremely well specified for its money, the 37XV505DB’s rather undynamic pictures don’t really make the most of that specification. Which ultimately leaves us to feel that we’d rather save up for an extra couple of months to secure something a little more sophisticated.