Toshiba’s RV753 series scores very highly indeed on raw specs appeal. For a start, it’s the cheapest series in the brand’s current large-screen range to sport a Freeview HD tuner, with the 37in 37RV753 model we’re looking at today going for a relative song at just £430.


Next, the RV753 is also the cheapest series in Toshiba’s range to offer DLNA functionality. Though as we’ll discover presently, this isn’t quite as cool as you might imagine…


Also catching our eye is Toshiba’s Resolution+ processing system. This proprietary engine adds detail and sharpness to standard definition pictures unusually well, in our opinion. And Toshiba seems to agree, having this year apparently decided to position it more self-consciously as a ‘step up’ feature than it was last year.


Other notable bits and bobs find it carrying four HDMIs versus the three of the step-down LV753 range; a full HD resolution; and Toshiba’s Active Vision processing engine, with its tools for boosting – among other things – detail, colour, motion and contrast. 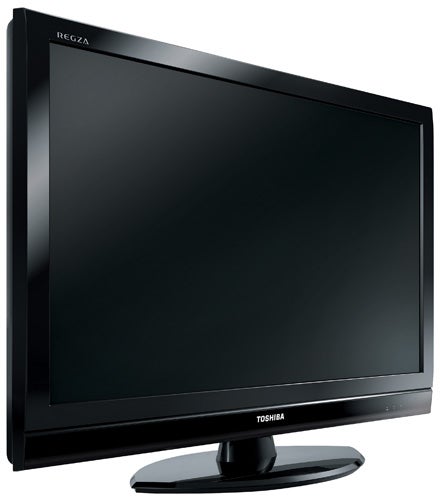 As well as the four HDMIs, the 37RV753B’s connections include a LAN port, there to deliver the aforementioned DLNA streaming functionality and as a requirement of any TV with a Freeview HD tuner.


The multimedia capabilities don’t end there, either. For the set also carries not one but two USB ports, capable of playing video, photo and music, as well as accessing DLNA PCs wirelessly via an optional Wi-Fi dongle.


While we’re in a multimedia state of mind, we might as well get stuck into the 37RV753 DLNA problems we mentioned earlier. We won’t dwell on them for too long here, as we went into them in more detail in our recent review of Toshiba’s 40SL753, which displays the same DLNA quirks. But briefly, so far as we’re able to tell, the set’s video playback is only compatible with Windows 7 DLNA operating systems.


This limiting approach seems very bizarre from the company which gave its Japanese customers the profoundly multimedia-centric Cell Regza TV last year. And our huffiness about the situation is hardly reduced by the fact that despite asking Toshiba three times now for further clarification on the DLNA state of play, we’ve yet to get a reply. It’s almost enough to make us think that Toshiba UK doesn’t fully understand the whole situation itself!


One thing we should make clear before start feeling too disheartened, though, is that the 37RV753 had no problem at all spotting and playing WMA/MP3 audio files and JPEG photos from a Windows XP laptop.

Anyway, let’s move on to something rather more straightforward: the amount of picture calibration tools the TV puts at your disposal. For as well as giving you admirable control over aspects of the set’s processing systems, you even get a startlingly comprehensive colour and gamma management system that humbles the calibration efforts of many much more expensive TVs.


Those calibration aids are worth getting involved with, too. For as little as 20 minutes spent in the company of even a basic, available-to-everyone aid like the Digital Video Essentials HD Basics Blu-ray can yield marked picture improvements over any of the provided presets – especially where colour tones and subtleties are concerned.


In fact, the 37RV753’s post-calibration pictures really are very good indeed for its price level. Colours are bright, intense and natural in tone, for instance – and even manage to contain enough subtlety to stop blends looking stripy or skin-tones looking blotchy. 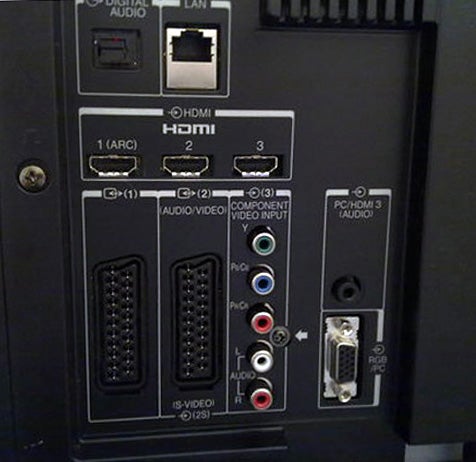 Certainly you can get more insight into colours, and a wider colour palette, from the best premium TVs out there, but in the context of its price the 37RV753 is really much better with colour than the majority of its rivals.


Playing a part in this is another of the set’s strengths: its contrast performance. As usual with LCD TVs, the 37RV753 can produce some blindingly bright pure whites. But more surprisingly – especially given that it uses vanilla CCFL backlighting rather than any sort of LED system – the set can also do a middling-to-good black colour. Sure, there’s much more grey clouding over dark scenes than you would get with the best LED, plasma or even CCFL LCD TVs, but compared again with its price-based rivals, the 37RV753 does very nicely.


Especially as the set doesn’t need to compromise its brightness level as drastically as we would have anticipated in order to produce its deep(ish) blacks. This means dark scenes have both more punch and more shadow detail than you usually get with relatively budget LCD TVs.


Also above par for the 37RV753’s price level is its motion handling. Objects traverse the screen without generating really distracting levels of smear or resolution loss. Again we have to qualify this by saying that the set is by no means totally free of motion issues (including, also, judder), especially when watching standard definition. There’s just less of it than usual with a relatively low-rent TV.

Resolution+ earns its corn with standard definition, meanwhile, adding noticeably more sharpness to non-HD sources than typical upscaling systems. Just be careful not to set the processing too high; we’d suggest its ‘3’ level at most, and probably ‘2’ with relatively low quality sources. Otherwise pictures start to look grainy and noisy.


The 37RV753’s decent motion handling also means that it delivers a likably sharp picture with HD sources. Not spectacularly crisp; the set doesn’t have the intense clarity of the very best LCD TVs, failing, for instance, to really deliver a full sense of the grain some film makers like to retain with Blu-ray versions of their films. But the definition is certainly sufficient to allow you to spot quality differences between different HD sources, and that’s perfectly adequate at the budget end of the 37in market. 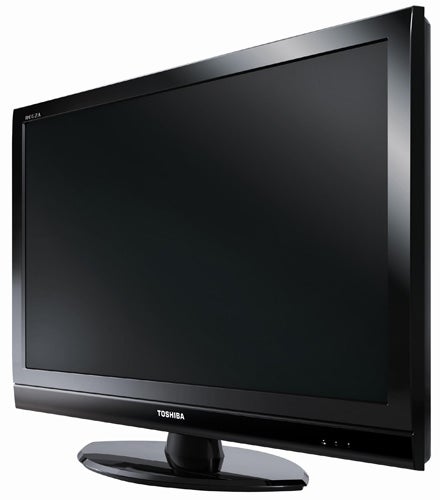 The 37RV753’s most obvious picture weakness has to be its viewing angle. This is really limited, with clear contrast loss setting in from as little as 35 degrees off axis. There are also minor discrepancies in the backlight consistency, though these hardly ever prove distracting – at least provided you’ve got the backlight setting sensibly moved down to no higher than the 55-60 level.


Another small issue is the apparent slight input lag the screen suffers with. This felt like it was putting us at a minor disadvantage while playing ‘twitch trigger’ online games, though we didn’t get that sluggish, disconnected feeling while playing single player fare that we’ve experienced with serious input lag offenders.


While the proud owner of a reasonably attractive if slightly plasticky fascia, the 37RV753 is unusually chunky around its rear. But this seems to pay dividends in the sound department, as the set produces a more well-rounded and dynamic audio performance than many of its peers – even many more expensive ones. There’s a slightly fragile tone to the sound during loud moments, and as always we’d have loved more bass. We additionally detected a faint hum coming from the set during extremely quiet moments (though you won’t hear this if you’re sat any sort of sensible distance from the screen). But overall the 37RV753’s audio really isn’t bad at all.


While the 37RV753’s slightly odd DLNA situation and numerous minor picture issues don’t quite enable us to grant it full-on TrustedReviews Recommended status, if you’re on a tight budget there’s no doubt whatsoever that in raw performance terms it’s one of the most accomplished Freeview HD sets the affordable TV world currently has to offer.