A little while back we looked at and were impressed by Toshiba’s HD Ready 32CV505DB, finding it a mighty fine 32in budget TV. So now we’re more than a little intrigued to find on our test benches the 32XV505DB: another Toshiba 32in LCD TV which brings a Full HD resolution to the table while adding less than £100 to the price.


Aesthetically the 32XV505DB – part of Toshiba’s strangely-named Regza TV range – looks identical to the 32CV505DB, so far as I can tell. Which is no bad thing, as the combination of a slender gloss-black bezel, silver outer trim, and thin ‘speaker strip’ jutting out along the bottom make it one of the better looking small LCD TVs in town.


Connectivity is good for the money, too, particularly thanks to the inclusion of three v1.3 HDMI inputs, a component video input, a D-Sub PC port, an optical audio output, and even a subwoofer line-out should you feel inclined to add a powered bass speaker to your setup. 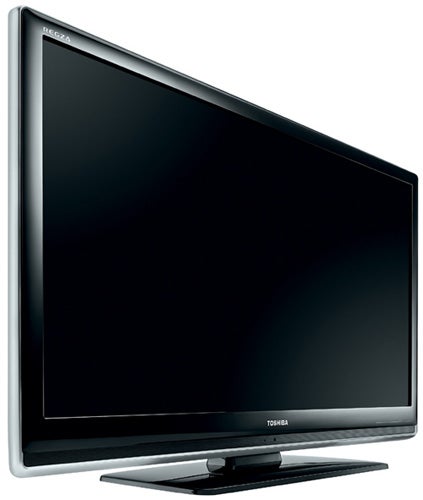 As we made clear at the start of this review, the absolute key specification in the 32XV505DB’s make-up is its 1,920 x 1,080 resolution – in fact, it’s Toshiba’s first ever Full HD 32in TV. This resolution is joined, as with any Full HD TV worthy of the name these days, by a pixel-by-pixel mode for showing the UK’s 1080-line HD sources without any image scaling involved to mess things up.


Another very impressive number up the 32XV505DB’s sleeve is its claimed contrast ratio of 30,000:1. Achieved with the help of a dynamic contrast arrangement, this figure is easily one of the highest we’ve yet seen attached to a 32in TV. Fingers crossed it turns out to be more than just Toshiba playing ‘the specification numbers game’.


As with the 32CV505DB, the 32XV505DB’s pictures are driven by the latest generation of Toshiba’s Active Vision LCD image processing. This is designed to improve detail, colour tones, and contrast while reducing noise levels, and has delivered some decent results in the past. Though in curiously inconsistent fashion, it’s delivered some slightly disappointing results as well! Let’s hope we don’t find ourselves in the ‘disappointing’ camp today.

Calling up the TV’s onscreen menus – which prove a bit small for comfortable reading – uncovers another selection of noteworthy features. For instance, there’s a colour management tool; an auto contrast facility that can adjust the picture based on an assessment of light levels in your room; the option to deactivate the dynamic contrast system if you find it making black levels look unstable; plus both MPEG and standard noise reduction routines.


Inevitably my first port of call in assessing the 32XV505DV’s picture quality has to be its HD performance. Does the set’s Full HD resolution actually make its HD pictures from games and films look sharper and cleaner than those of the 32CV505DB? Indeed it does.


In the Sky HD broadcast of ”Braveheart”, for instance, the shot of Wallace’s Scottish army charging hell for leather across the film’s first battlefield towards the hated English looks slightly cleaner and crisper here than on the 32CV505DB, for two reasons. First, there’s slightly more fine detail to be seen. But far more important is the relative lack of blurring evident in the picture, presumably because the set doesn’t have to rescale the 1080-line source to fit its 1080-line pixel count. 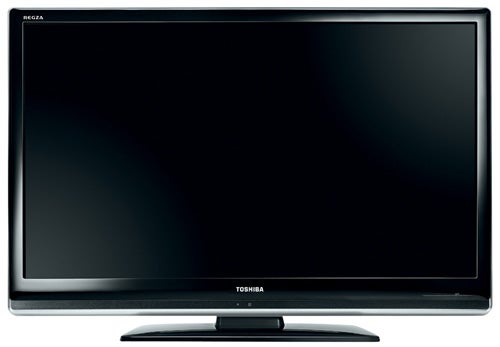 The Full HD pixel count also lets the TV show just a fraction more clarity with such picture detail ‘niceties’ as the stubble on Wallace’s face in the shot where he gets his first glimpse of York.


There are other strengths to report, too, that aren’t necessarily a direct bi-product of the 32XV505DB’s extra resolution. For instance, it produces really good black levels for its price point, suffering relatively little with LCD’s still-common ‘greying over’ issue.


Admittedly there is a trace of clouding over extremely dark scenes, such as the night-time bagpipe serenade to Wallace’s dead father in ”Braveheart”. But during most ‘normal’ footage, which contains a mix of brights and darks, the black levels look punchy and help the image enjoy real dynamism – a dynamism enhanced further by the TV’s exceptional levels of brightness.


So far, so good. It seems that there’s definitely enough of an HD benefit to easily justify the 32XV505DB’s extra £90 or so over the 32CV505DB. Pity, then, that there’s a price to pay in the form of a reduced standard definition performance and some colour issues.

Standard definition pictures on the 32XV505DB really don’t look very hot at all, if I’m brutally honest, with the Active Vision LCD processing tending to leave one or two rough edges as it goes about translating standard def PAL content to the screen’s Full HD pixel count. Common ailments include exaggerated MPEG noise, noticeably more motion blur than you tend to see with HD, and a slightly unstable, flickery look to proceedings that might, perhaps, have been stopped if the set had 100Hz processing.


Actually, once I’d noticed this flicker on standard definition, I also occasionally spotted it with HD, such as in the trees and the battlefield of the long-distance shots of the English Army about to charge Wallace and his motley Scottish crew in the first battle.


A similar thing happened with the TV’s colour toning. It was during standard def viewing that I first became aware of some slightly strange colour toning issues, especially in low-quality digital feeds, and once I’d ‘tuned in’ to the problem I also found slight colour problems with HD footage. For instance, some skin tones look slightly orange or salmony, while some greens tend to look rather washed out. 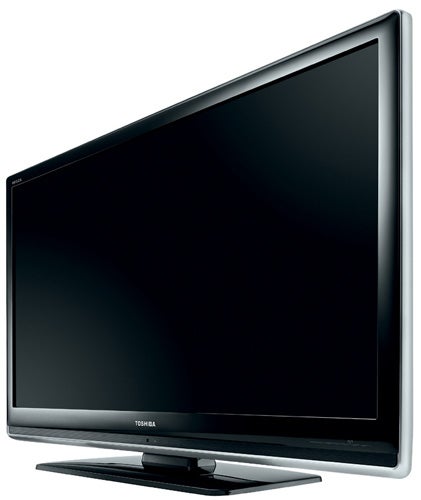 What’s more, in standard def mode some skin tones can look a little patchy, as the MPEG blocking prevents the TV delivering the sort of ultra-smooth colour blends a Full HD TV might normally be expected to produce.


Obviously I tried to counter these blocking issues with the TV’s MPEG noise reduction circuits, but in order to reduce the digital artefacts to the sort of level I was happy with, the processing had to soften the picture too much for comfort.


When it comes to audio, the 32XV505DB is in the same boat as the 32CV505DB. Which is to say that it sounds rather average, truth be told, as a wide soundstage and solid amount of bass are countered by an over-crowded mid-range, a slight lack of raw power, and even a tendency to suffer cabinet hums when pushed really hard.


I’d thoroughly expected to find the 32XV505DB, with its Full HD pixel count, winning me over even more easily than the cheaper, HD Ready 32CV505DB. But for me, it’s the CV model that’s the more pleasing proposition overall – especially when you consider that the 32in market is more likely to still be watching predominantly standard def fare on their new TVs than the people buying the really big-screen stuff.