The mysterious ‘People Who Know Such Things’ informed me a couple of weeks ago that one of the most searched-for TVs on TrustedReviews was Toshiba’s 32AV615D. So since then I’ve been on a mission to track this model down – resulting in one finally being deposited at my premises earlier this week.


It doesn’t take many minutes of research to understand precisely why this set has been garnering so much interest. For a quick online search found it selling via a number of e-tailers for under £300 – a truly stunning price for a 32in TV from an established brand.


In fact, an expanded online search finds that even specialist budget brand Goodmans can only offer a 32in LCD TV for £4 more than this Toshiba. Remarkable stuff! Especially as the 32AV615 doesn’t by any means only boast a totally stripped down specification. 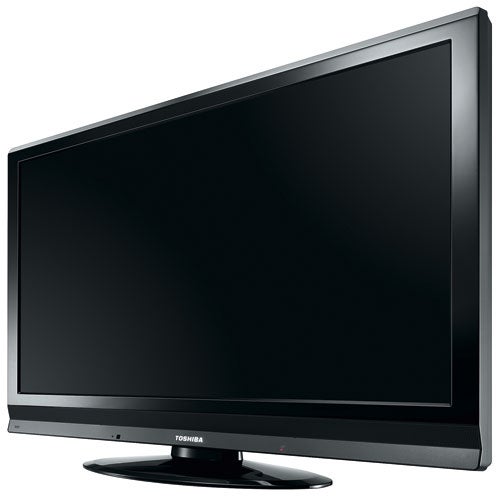 We’ll get to this specification in a moment, but first we’re happy to report that the 32AV615 doesn’t wear its extreme cheapness on its sleeve, boasting a design as glossy and unpretentiously attractive as Toshiba’s 32AV635 step-up models. You even still get the illuminated Toshiba logo along the bottom edge, for heaven’s sake. (Though you can turn this off if you find it vulgar!)


Connections aren’t as absolutely bog-standard as I would have anticipated, either. Particularly satisfying for £296 is the presence of three HDMIs where I’d only expected two, and a dedicated PC port.


There’s no sign of the USB port found on the 32AV635, so you can’t play in JPEG, MP3 and DivX files from USB storage devices. But this is totally acceptable for the 32AV615’s money.


Regarding the contrast ratio, you can, of course, find much higher figures if you spend loads more cash. But 18,000:1 nonetheless promises better black levels than you usually find among the budget TV brigade. In fact, finding a dynamic contrast system (where the TV continually adjusts its backlight output in response to the darkness of the pictures being shown) at all is itself by no means a given when you get down to pricing as aggressive this.

Turning to the Active Vision processing, this is one of those multi-purpose affairs, aimed at boosting colours, contrast, sharpness – most key picture elements, in fact.


Decent though Active Vision has proved in the past, I’m duty bound to point out that the 32AV615 doesn’t also carry the Resolution+ system sported by the sets higher up Toshiba’s range. This is undoubtedly a pity, given how supremely clever Resolution+ is at upscaling standard definition sources to HD panels.


But again, unless the 32AV615’s standard definition pictures turn out to be particularly nasty, the loss of Resolution+ is really no more than should be expected for £296.


The 32AV615 continues to surpass expectations, meanwhile, with its onscreen menus. For tucked away in an Advanced Video sub-menu can be found such startling fine tuning tools as a Cinema Mode, variable noise reduction routines, variable colour transient improvement, flesh tone adjustment, and adaptive luma control. 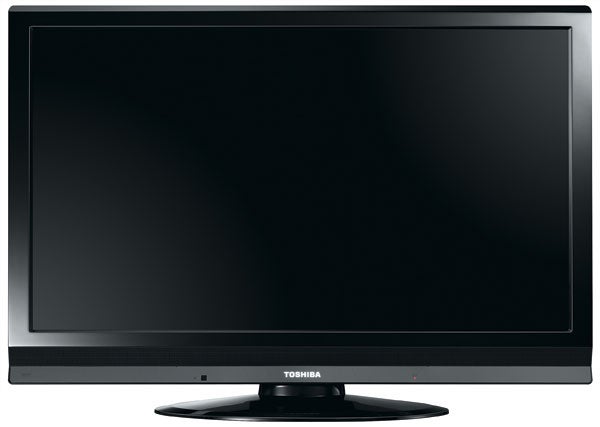 It’s unlikely, to be honest, that most people buying a TV as cheap as the 32AV615 will be inclined to bother with any of these fine-tuning measures. But that doesn’t make their presence any less welcome in this reviewer’s book. So long as you use some of them – particularly the noise reduction system – sparingly.


I don’t mind admitting as I start assessing the 32AV615’s picture performance that I’d really expected to find myself advising you to save up an extra £50-£100 to secure yourself the 32AV635 instead. Actually, though, while the 32AV635 is undoubtedly better, the 32AV615 is also far from unappealing – and miles ahead of any similarly sized TV around for the same sort of money.


The best way to approach the 32AV615 is probably to get its weaknesses out of the way first, to put it in perspective. These weaknesses begin with the way standard definition pictures look noticeably less sharp, detailed and noiseless than they do on the 32AV635.


Its colours look fractionally less believable than those of the costlier model too, at least where skin tones are concerned. Next, it seemed to me that the 32AV615’s black levels aren’t quite as deep and grey-free as those of the 32AV635 (despite both sets claiming the same contrast ratio and being relatively low on brightness). Dark scenes can thus look a little hollow and unbalanced – and black level matters aren’t helped by the TV’s rather limited viewing angle.

Finally, it turns out that the 32AV615 can’t take 1080p feeds, topping out at 1080i – an issue that does perhaps make pictures look a touch less rich and fluid than they do on Toshiba’s 1080p-supporting 32RV635 model. But the difference isn’t really a big deal on a 32in TV in my humble opinion.


It should be pretty clear by now that the 32AV615 is both far from the last word in LCD picture quality, and not as good as its costlier 32AV635 sibling. But this predictable state of affairs shouldn’t be allowed to mask the fact that compared more fairly with the other bargain bucket TV fodder in its price bracket, the 32AV615 is the undisputed champ.


For instance, while its black levels could be deeper and more expressive, they’re miles better than the pathetically grey, blue or completely detail-free efforts of other budget efforts. And while some colours might occasionally look overcooked, the degree of tonal error is minor versus ultra-cheap rivals. Furthermore, the level of subtlety in colour blends is as good as you see on some TVs costing twice as much. 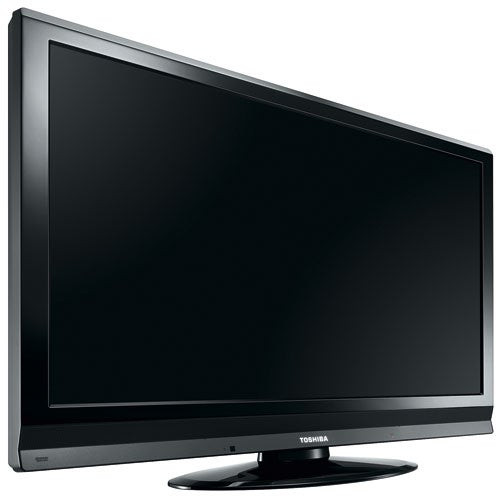 As for motion, while the 32AV615’s Blu-ray playback might not be quite such a fluid experience as it is on 100Hz TVs or even the 32AV635, the set’s motion presentation is at least far less blighted by LCD’s motion blur problem than any other mega-cheap LCD we’ve seen.


Next, while standard definition pictures aren’t as sharp or noiseless as they appear on Toshiba’s Resolution+-sporting TVs, they’re still perfectly watchable, and rarely if ever soft or noisy enough – even with low-quality sources – to become really distracting. Something which, again, can only be said of precious few other ultra-cheap contenders.


The 32AV615D’s audio, meanwhile is a touch more merely ‘functional’ than its pictures. Maximum volume levels are respectable for the set’s money, and there’s a reasonable amount of bass around considering how thin the Toshiba’s speakers appear to be. But the 32AV615D seems reluctant to accept the limitations of these speakers, resulting in some rather fuzzy, distorted moments during action scenes, and a few rather ‘buzzy’ male voices.