Despite costing a pretty aggressive £353 and five pence, Toshiba’s 26AV615DB doesn’t look like your typical bargain bucket TV. For starters, its black bezel is both glossier and more robust than the stuff you usually find wrapped around cheap and cheerful screens.


What’s more, below the bezel sits a distinctive and fetching angled-in wedge effect, with a small Toshiba logo emblazoned across the bottom half of this sharp ‘dint’. This logo isn’t illuminated like it is on Toshiba’s AV635 and higher models, but this doesn’t stop the set from being one of the more attractive 26in models in town.


The 26AV615DB’s connections outperform expectations too, by including three HDMIs – one on the side, two on the rear – when you might reasonably only have expected to find two. Also pleasing is a D-SUB PC port, allowing you to double up the screen as a computer monitor. 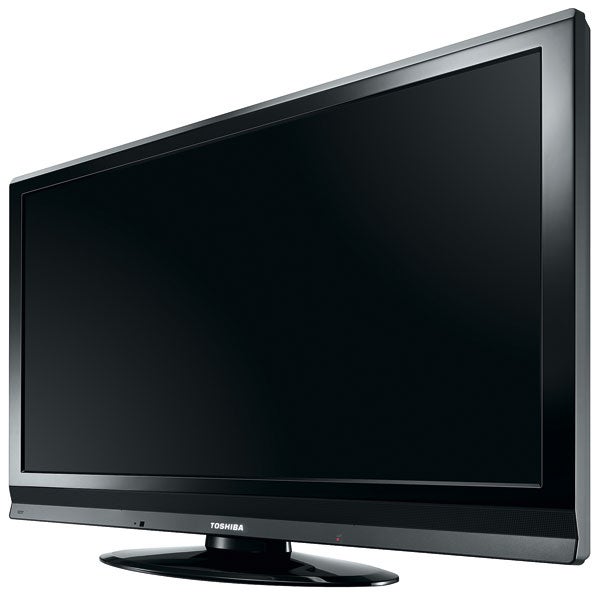 The sight of a USB port, meanwhile, immediately raised hopes of being able to watch JPEGs from USB storage devices. But upon closer investigation it turns out that this port is only there to enable Service updates. Darn.


Turning the 26AV615DB on alarmingly generates a message asking me to ‘please scan in the channels’. In other words, auto-tuning doesn’t kick in itself as soon as the TV is first turned on, leaving you having to access the auto-tuning function manually. I honestly can’t remember the last time I came across such an antiquated approach to set up – and obviously it doesn’t set a particularly promising tone with regard to the performance we might uncover.


Hopes start to grow again, though, with the discovery of a surprisingly long list of features within the tidy if slightly small onscreen menus. These kick off with some genuinely useful picture presets, but other handy stuff includes a Cinema Mode; digital noise reduction processing; optional, multi-level colour transient improvement (CTI); a dedicated flesh tone adjustment; Adaptive Luma Control; and the option to turn the TV’s Active Backlight on or off.


If some of these features sound a bit technical, I feel your pain. But Toshiba does at least cover most of them – albeit in a very brief fashion – in the TV’s instruction manual. CTI, for instance, ‘involves the detection and sharpening of edges around coloured objects on the screen’. And the Adaptive Luma Control ‘automatically adjusts the brightness and contrast after analysing the input signal… (to enrich) … the colours and the depth of the picture.’ So now you know.

Experience tells us, though, that on a TV as small and cheap as the 26AV615DB, subtle features like some of those we’ve just noted make little or no difference to the final picture quality. And I have to say that personally I didn’t see much benefit at all from the Cinema mode or CTI features. But the Active Backlight options and Adaptive Luma Control systems are worth tinkering with, for the way they boost black level response and contrast range respectively.


In some crucial ways, the 26AV615DB’s pictures are considerably better than I would have expected given its size and price. Particularly startling are its black levels, which are profound enough to show nearly pitch black scenes with little of LCD’s customary grey misting interference. As a simple example of what I mean, the black bars above and below a 2.35:1-ratio film transfer look almost as black on the 26AV615DB’s screen as the rich black of its bezel. Impressive!


Even better, the deep black levels don’t come at the expense of as much brightness as I would have anticipated, allowing the deep blacks to sit alongside surprisingly eye-catching bright whites and peak colours. This proves particularly helpful when watching films, which generally contain markedly more extreme contrasts than normal TV fare. 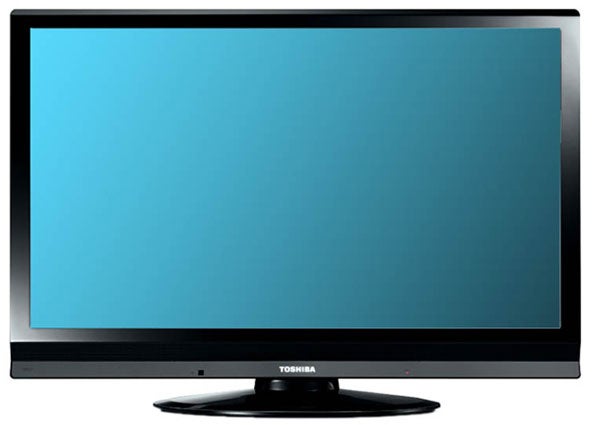 Watching films on Blu-ray also made me appreciate how respectably sharp the 26AV615DB’s HD pictures are. Clearly a 26in TV is hardly the ideal way of watching HD in action, but the 26AV615DB’s HD images are at least sharp enough to easily tell that you’re not watching standard definition.


I was also very pleased to note that the sharpness of HD fair isn’t spoiled badly by LCD’s motion blur problem. As well as suggesting that the screen’s native response time is better than that of most budget 26in TVs, the decent motion handling likely owes at least a little to the fact that Toshiba has managed to sneak its Active Vision II video processing – complete with its motion-improving component – onto the 26AV615DB.


Active Vision may well be contributing too – along with the good black level response – to another strength of the 26AV615DB’s pictures: surprisingly rich colours. The rich colourscapes of Viva Pinata on the Xbox 360 or a stylishly lit film like Blade Runner radiate forth with startling intensity, helping to give the picture solidity, as well as helping the TV hold your attention more than most 26in TVs that pass our way.

Inevitably for its money, the 26AV615DB hasn’t managed to include Toshiba’s impressive Resolution+ system for boosting standard definition pictures. But that’s certainly not to say that its standard def pictures aren’t decent. For while they aren’t as crisp looking as standard def images that have gone through Resolution+, they’re still sharp, bright and noiseless enough to be very enjoyable for the vast majority of the time.


Before you start thinking this is all sounding too good to be true, though, there are a few problems to report as well. The biggest problem is that colours don’t always look completely natural. Rich reds and greens, in particular, can look over-saturated and slightly off-key, and one or two skin tones come off a little salmony too. 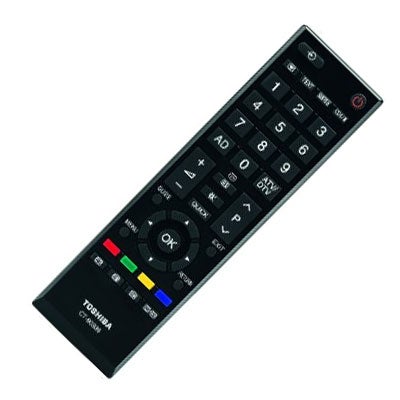 Another issue is that while black levels are good, dark parts of the picture can look rather empty as the TV fails to resolve as much shadow detail as I’d like. And finally, while motion blur isn’t much of an issue at all with high definition sources, it’s a little more troublesome with standard definition. Also, while watching Blu-rays (in 1080i, since 1080p/24 isn’t supported), I detected quite marked judder during camera pans.


The 26AV615DB’s audio is about par for the 26in TV course, in that it sounds absolutely fine with typical daytime TV fare, but lacks basic power and dynamic range when showing anything raucous, with the result that the soundstage becomes rather flat and muddy.


While Toshiba’s 26AV615DB isn’t perfect, it’s certainly very encouraging. Some impressive aspects of its performance clearly suggest that some of the key areas of picture improvement currently making their presence felt in many of 2009’s large LCD screens are filtering down to the smaller, cheaper end of the market, too.


In fact, if you’re after an affordable 26in TV, 26AV615DB simply screams to be added to your shortlist. However, there is just one odd little thing to bear in mind before you rush out to buy one; namely that according to our own price hunts, you can actually get the 32in version of this TV for less money than this 26in model. Weird!