It’s a few weeks later than expected, but the first TV from Toshiba’s intriguing and startlingly diverse 2011 range is finally here. But whereas most brands – especially Samsung – like to announce their annual updates in showboating style, with something big, high-end and glamorous, Toshiba’s first step into 2011 is a decidedly modest affair.

The 22DL833 is, as its name suggests, a mere 22in TV, with a reasonably aggressive sub-£250 price tag. And the presence within it of a built-in DVD player further positions it as a utilitarian rather than high-performance device, designed first and foremost to provide high practical value for as little money as possible to someone after a second TV for a study, bedroom, conservatory or kitchen. It clearly is not going to be some all-singing, all-dancing home cinema mega machine.

There is, however, one promising thing about the 22DL833’s spec from a performance point of view. For instead of using the standard CCFL backlighting we might expect on such an affordable and small screen, the 22DL833 actually uses edge LED lighting. The set isn’t the first 22in TV to use edge LED lighting, but it certainly adds to its shelf appeal given its sub-£250 price tag. 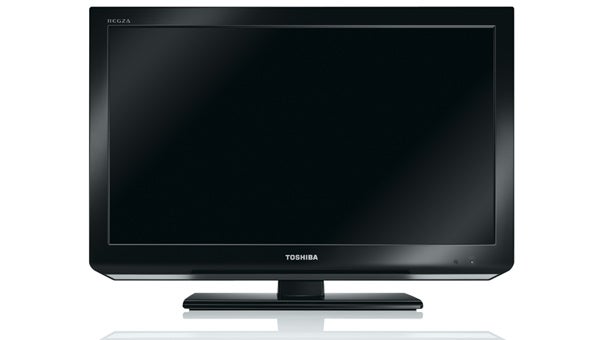 Aesthetically, the 22DL833 isn’t bad. Not surprisingly it’s a little chunkier round the back than most edge LED TVs, at least on the rear right side where it has to accommodate its DVD player. Its bezel is a little unfashionably wide, too, but the finish looks and feels decent quality for the set’s money, and the tapered-in lower side and the silver strip along the bottom edge offsets the black of the rest of the bezel quite cutely.

The 22DL833’s connections are pretty decent for its level of the market. On the downside there are only two HDMIs rather than the three we might have hoped for. But to be fair, the built-in DVD player takes out of the equation one of the external sources you might otherwise have had to attach.

The good news about the 22DL833’s connectivity is that it has both a D-Sub PC port (by no means guaranteed on affordable, small-screen TVs) and a USB port able to play photo, audio and even video files (DivX or files with .mpg, .dat, .vob and .avi extensions). There’s further multimedia playback from the DVD deck, too, as this can play DivX files, Picture CDs, JPEG photos and MP3 audio files, as well as DVD films and audio CDs, of course.

The 22DL833’s onscreen menus are solid efforts for a relatively low-rent TV. A decent-looking set of icons provide your links through to different multimedia, picture, sound and tuner sub-menus, and these submenus thankfully use text that’s actually legible on the 22in screen without having to stick your nose right up against it.

The remote control supplied with the TV isn’t the best, though; it’s very cluttered, and there’s not enough highlighting in terms of layout or size for the most important buttons. Basically it feels like a cheap ‘one remote suits all’ third party job rather than something expressly designed for this TV. The best that can be said about it is that the DVD controls are sensibly positioned in their own space at the bottom.

Features within the onscreen menus are in predictably short supply. So far as pictures are concerned, the only slightly interesting findings are a noise reduction system and the option to adjust the backlight between auto, minimum and maximum settings. The Auto setting is the most interesting, as it shows that the TV has a dynamic contrast system – something you don’t always get on small TVs. 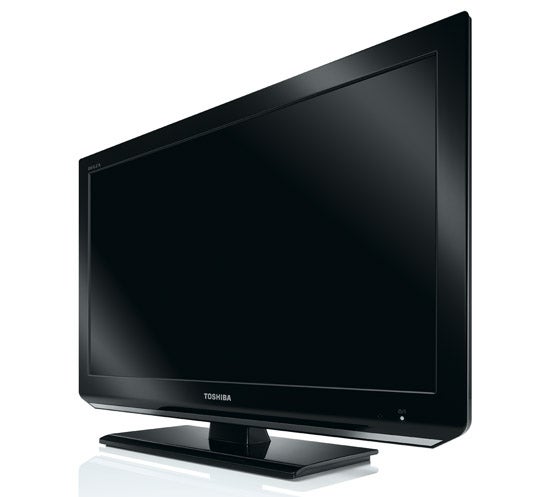 The potential impact of this feature can be seen in the stark difference between the screen’s quoted ‘native’ contrast ratio of 1000:1 versus a claimed dynamic contrast ratio of 3,000,000:1! It’s extremely likely, of course, that this latter figure is going to prove hugely optimistic and more a quirk of measuring techniques rather than something you’ll really be able to see in the 22DL833’s pictures – but hey, we live in hope!

The only other features of note, really, are the decently presented media player interface, the rather cluttered and hard-to-read 7-day electronic programme guide, and the quite slick way the DVD drive pulls discs in when it detects one entering its slot, and then automatically turns the TV to DVD playback mode.

Our first stop while checking out the 22DL833’s picture quality was that 3,000,000:1 contrast ratio. And as predicted, it just isn’t borne out by the screen’s performance. In fact, the TV’s black level response is quite disappointing, with all areas of the picture that should look black instead adopting a pretty distinct shade of grey. It’s clear that the set’s claims to a very high contrast ratio owe more to some very clean, pure whites and bright colours than any significant deepening of the black-level.

There are also noticeable backlight uniformity errors. These aren’t particularly stark in terms of the differences in brightness levels, but they do spread over quite a large amount of the picture. To be fair, the contrast and backlight consistency issues are only glaringly obvious when watching films, which tend to have more dark scenes and employ a generally wider contrast range than typical TV broadcasts. But then the 22DL833 does carry a built-in DVD player, so it’s clearly designed with movie viewing in mind.

The best thing that can be said about the 22DL833’s handling of dark scenes is that its favouring of brightness over black levels, even with the dynamic backlight in play, allows it to reproduce shadow detailing in dark areas that tends to get crushed into oblivion on TVs with dynamic backlights that focus more on delivering deep blacks.

When it comes to colours, the 22DL833 fares quite a bit better, delivering a reasonably dynamic and acceptably natural colour palette, especially when watching HD sources or good quality DVDs. There’s good subtlety in portraying colour blends too, with little sign of ‘patching’ or striping.

There’s, perhaps, a slightly muted look to tones at times, especially with standard definition sources. And dark colours can look a touch off key thanks to the set’s uninspiring black level response. But overall, colours bear up well when considered against the efforts of many similarly priced rivals.

That said, the picture’s sharpness does reduce very markedly when you switch to standard definition, suggesting that there’s nothing particularly special about the 22DL833’s picture processing and rescaling engine. It’s a pity too – if hardly surprising – that there’s a loss of sharpness when the image contains a lot of motion – a result, no doubt, of the screen’s relatively high claimed response time of 9ms. We wouldn’t describe the blur as severe enough to render pictures unwatchable at any point, though.

Looking for more good news to wrap up with, the 22DL833 suffers with remarkably little input lag when in Game mode – just less than 10ms, in fact, making it a potentially good TV for console gaming. Its pictures are very bright too – almost to the point where parts of the image can bleach out if you don’t rein in the contrast a little – making it a better option than many small TVs for use in a very bright environment such as a kitchen or conservatory. Its pictures retain colour and contrast a bit better than most small TVs when viewed from an angle, too, which is another handy benefit for a TV being bought for a social and/or transitional space.

It’s a pity after these latter points, though, to find that the 22DL833’s audio quality is par for the small, thin TV course. Which is another way of saying Not Very Good. There’s practically no bass, distortions set in at high volumes, and even the lower register of the mid-range is consistently overwhelmed by an undue emphasis on treble information, which routinely leaves anything more sophisticated sonically than mere ‘chatshow’ or news programming sounding thin, harsh and unrealistic. But as noted before, the 22DL833 is hardly alone in this respect.

To be honest, the 22DL833 doesn’t manage to deliver the performance thrills we’d hoped for given its edge LED lighting – aside from an unusual amount of brightness. But then it does cost less than £250, so with that and its multimedia tools in mind it’s still a solid enough second room option if money is tight.