As we’ve already seen with its AT200 Android tablet, Toshiba has a thing about having the slimmest and lightest products at the moment and another of its roster to claim such a crown is the Toshiba Portege Z830, the world’s slimmest ultrabook and lightest 13in notebook.

First impressions of this machine are very good. Its magnesium/aluminium alloy body looks sublime with its matte grey finish. It’s a design full of subtlety too with no garish elements tripping things up. Only the slightly wide bezel round the screen and the whole ridden bottom and look awry, and these are very minor points. The squareness of the design design quite have the sexiness of the MacBook Air or such like but it has an appeal of its own. 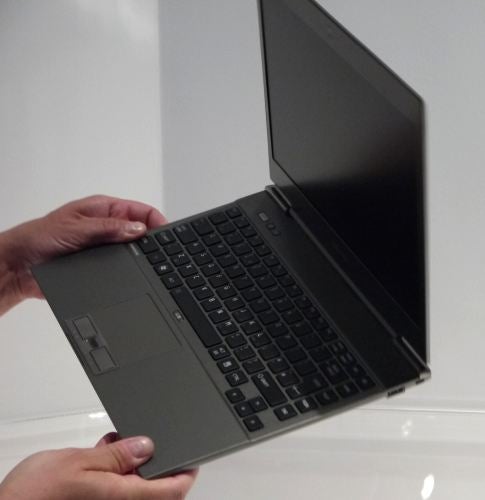 Picking the thing up and its low weight is striking; it really does feel peculiarly light. It, somewhat inevitably, doesn’t feel all that tough, though, as the slimness has made it flexible – particularly the screen. Only the MacBook Air, with its solid milled aluminium chassis, has managed to maintain a ridged design and remain thin, though. Nonetheless, whereas some previous ultra light Toshibas we’ve seen have felt markedly flimsy, this one hasn’t fallen into this trap. In fact its apparently quite rugged. A toshiba representative informed us it can survive drops of up to 30in, though he couldn’t clarify if that was with the lid open.

Talking of lids, another nice touch is that the lid opens easily with one finger, without having to hold the base down – a maneouvre that’s become known as the Ed test in our office, so much do i value this small usability consideration. 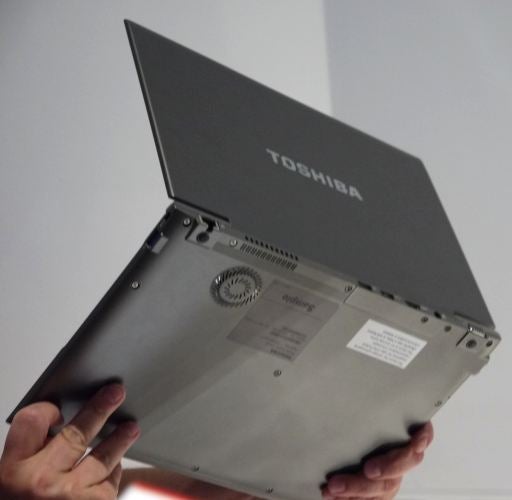 The keyboard, which is backlit, is excellent with a surprising lack of flex and a decent spring and break to the key action. It is of course shallow in its action but nonetheless we were up to full typing speed in an instant. 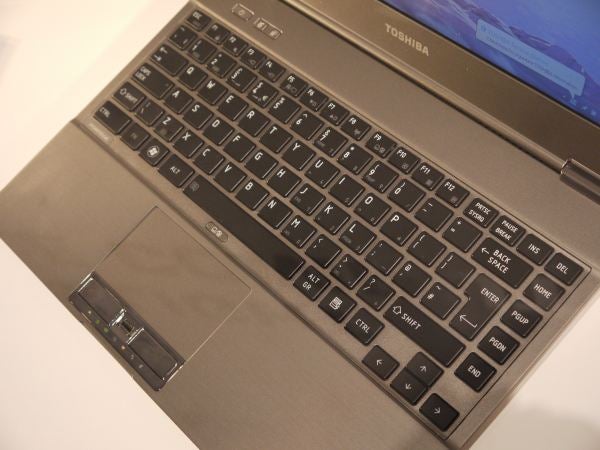 One area that is a bit of a let down is the touchpad, simply because it
isn’t of the single piece variety, as seen on Apple’s laptops and the
Samsung 9 and 7 Series laptops, that we’ve grown to like. Nonetheless,
it does support multi-touch and the buttons are easy to locate and very
responsive – there’s no mushiness here.

Connectivity is also surprisngly good with headphone and microphone
jacks, and an SD card reader on the left edge, USB3.0 on the right, and a
plethora of ports on the back. There’s gigabit Ethernet, two more USB
2.0 ports, HDMI and VGA. Even considering its unapologetically straight
edges it’s an impressive feat to fit this much into a laptop that’s
technically so slim and light 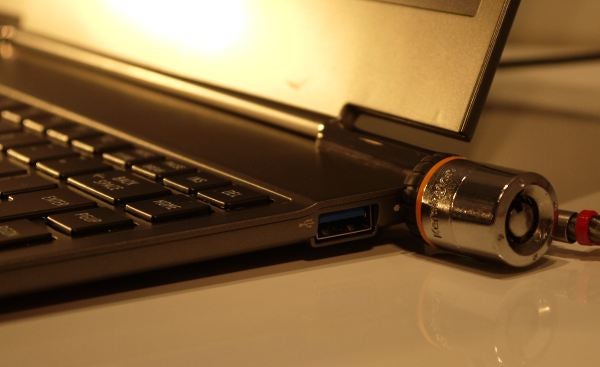 The only real let down then is the screen. Not that it’s particularly
poor but it just didn’t appear to be anyting special. The matte finish
is welcome for its reflection reducing abilities, backlighting seemed
reasonably even and viewing angles were good but it wasn’t that bright,
colours lacked a bit of punch and it had a resolution of ”only” 1,366 x
768, where higher resolutions are becoming more common on premium
models of this size. 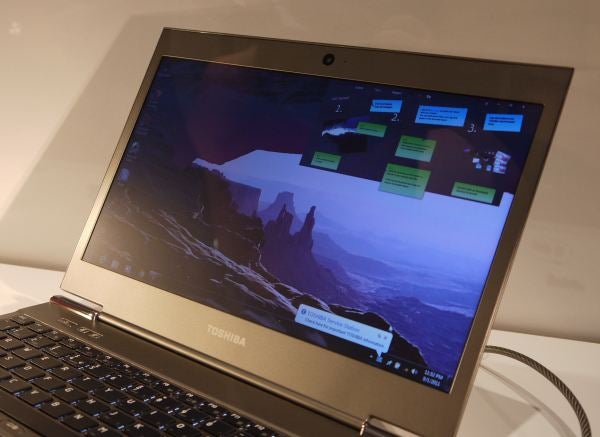 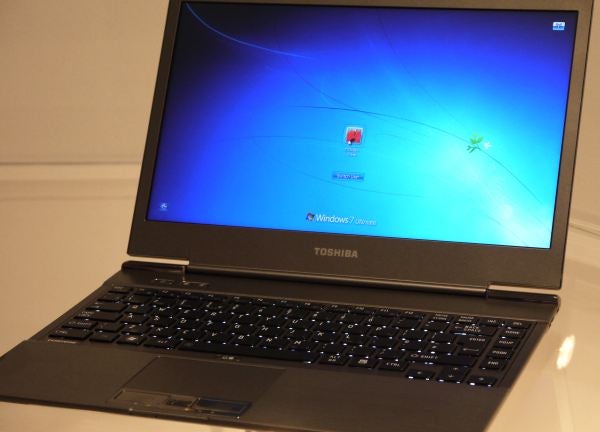 There’s a fair choice of processors on offer so commenting on
performance is a bit moot but from our short time with this machine it
seemed nippy enough, and based on previous ultrabooks we’ve seen there’s
no reason to suspect this won’t be a perfectly servicable machine for
everyday computing. Any comprehensive comments on such matters will have
to wait until our full review, though. All told, though, we’re deeply impressed by the Toshiba Portege Z830. It
really is remarkably thin and light, and attractive too. But it’s the
fact that Toshiba has achieved this without compromising on almost any
front. It may not quite be class leading in any one area – particularly
the screen – but for usability, connectivity, performance and battery
life combined there are few competitors that can hold a candle to it. All that
remains to be seen now is whether Toshiba can get the pricing right here
in the UK.