Toshiba’s Portégé R-Series has been running since 2004, the R700 we’re reviewing today being the seventh iteration. This range has always been about producing the thinnest, lightest laptop possible for business users on the move. In recent memory the R500 and R600 both stuck to this brief strictly, sometimes too strictly. In the R700, however, it appears as if Toshiba might have learnt to stop chasing the headlines, and made a better laptop as a result. 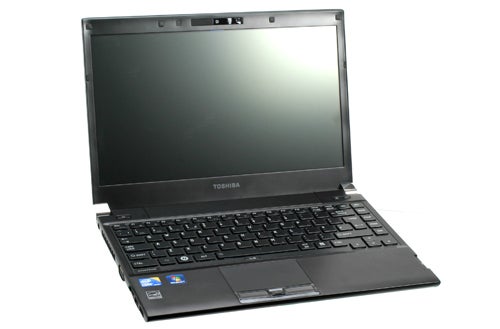 Visually the R700 is quite a departure from previous models. Out is the slightly outdated-looking silver plastic; in is an extremely smart, black brushed metal finish to the lid and body. This instantly gives the R700 a credibility more befitting its target market, while enhancing the already slim (16.8mm to 25.7mm) and light (1.46kg) chassis. Reinforcing this about turn is the use of an isolation keyboard, the black keys of which merge seamlessly with their surroundings.


Dig a little deeper, however, and the DNA of the R500 and R600 is plain to see. Still present is the impossibly thin and somewhat flexible lid, while the arrangement of the fingerprint reader between the two touchpad buttons and the chromed hinges have been lifted straight from its predecessors. In other words, this isn’t a wholly new machine, merely another evolution upon a theme. 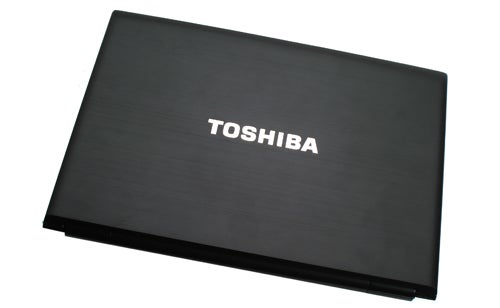 Not, we must stress, that this is a bad thing, especially as more interesting developments have occurred under the hood. Whereas previous Portégés used slightly sluggish low-voltage processors, the R700 follows the Sony VAIO Z Series in using full-fat Intel Core i processors. Depending on the model you choose this could mean a Core i3, i5 or i7, but in the case of our mid-range review model (the R700-15U) it’s a 2.26GHz Core i3. For most purposes this should more than suffice, though the 2GB of RAM of this model is a shade on the stingy side.


Graphics, predictably, are supplied by Intel’s HD Graphics chip, which is low-power but doesn’t have the stomach for any meaningful graphics action. This should suit the machine’s business lifestyle, however, as will the 320GB hard drive and its free-fall protection. 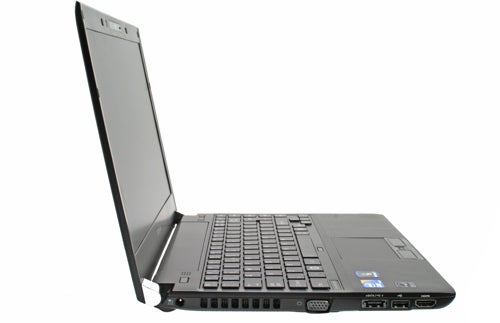 Other business features include the aforementioned fingerprint reader, which is joined by a TPM (Trusted Platform Module) for secure authentication and encryption. Network connectivity includes both 802.11n Wi-Fi and Gigabit Ethernet, and Bluetooth 2.1 is on-hand for all your mobile devices needs. Other models in the range also come with integrated 3G HSDPA modems. As this is a business machine you also get a generous three-year warranty, a fact that makes the £850 inc. VAT price look like good value for money.

For a relatively compact machine the R700 packs in a massive amount of connectivity, possibly too much considering the way it’s jammed in to every possible place. Highlights include the now traditional Toshiba Sleep & Charge USB port, which also doubles as an eSATA port, and the rather smartly integrated SD card reader. 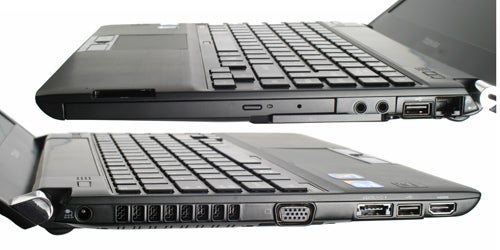 Also included are two more ordinary USB 2.0 ports, VGA and HDMI for video, two audio jacks (1x headphone, 1x microphone), Gigabit Ethernet, and a 54mm ExpressCard slot. This last addition is rather awkwardly positioned below the optical drive, so much so you could easily overlook its presence. It’s possible some devices will obstruct the optical disc tray as well.


One thing that’s bound to divide opinion is the R700’s keyboard. In many respects it’s akin to the earliest isolation keyboards, as it features quite light, shallow key actions that don’t offer the feedback we’re used to. Given a little time we found we could generate a decent typing speed, but we can imagine many others taking an instant disliking to it. It doesn’t help that the Spacebar, the most used key on any keyboard, suffers most and quickly developed a slight bend in the middle. 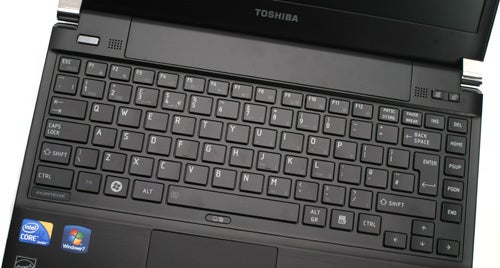 We had no complaints over the layout of the keyboard, however. In fact it’s pretty much spot on our ideal layout, with large and unimpeded Shift keys, and cursor keys that are slightly withdrawn to avoid inadvertent presses. This certainly aids fast and accurate typing, but if you’re at all sensitive about keyboard key actions the R700 is a try before you buy.


Considering the premium nature of the R700, the 1,366 x 768 resolution of the display is, perhaps, a little disappointing in light of the 1,600 x 900 available on some rival models. Nonetheless, there’s plenty to like about the screen. Though its colour production and black quality is merely good enough, the viewing angles are excellent, it’s very bright, and text is pleasingly sharp and readable. Unlike similar consumer laptops, such as the HP Pavilion dm4 and Samsung Q330, the R700’s screen also has a non-reflective finish, though Toshiba has wisely ditched the largely useless transflective technology of previous models. 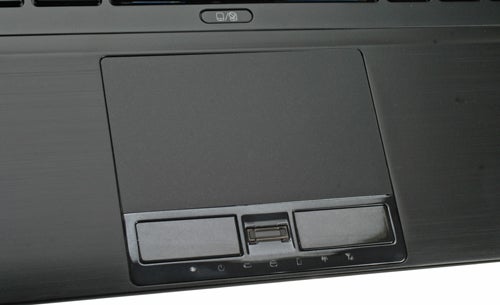 Predictably the speakers are nothing to write home about, indeed they’re positively poor. It’s not a particularly pressing issue, however. If you do ever decide to listen to music, or watch a film, then a set of headphones is all you need.

Thanks to the R700’s Core i3 processor, the R700 is a more than competent day-to-day productivity machine. Its nippy 2.26GHz processor means it can cope with more taxing tasks, such as video editing, as well HD video playback of all kinds. It’s a genuine, all-purpose work laptop.

It also runs comfortably cool, but when pushed it does become a little noisy. This shouldn’t be a problem for productivity, watching videos, or surfing the Web, but particularly heavy multi-tasking and processor intensive tasks do result in some audible fan noise.


Unsurprisingly, considering it uses Intel’s HD Graphics, the R700 isn’t much of a gaming machine. It just about manages playable frame-rates in our undemanding TrackMania test, but throw it anything remotely challenging and things will quickly degenerate into a slideshow.

Where the R700 earns its crust is with its battery life. It’s not quite as long-lasting as the Asus UL30A, which used a low-voltage processor anyway, but it does a fine job nonetheless. In the semi-intensive productivity test it lasted a comfortable 392 minutes (6hrs, 32mins), which – taking downtime into account – is more than enough for most working days. Even the longest DVDs will pose no problems, as even at full screen brightness the R700 ran nearly four hours.

These are impressive figures, and the R700 has most of the ingredients to make an outstanding ultra-portable laptop. It would be nice to see a few more premium features, such as keyboard backlighting and a high resolution screen, thrown in – at least at the top-end of the range – but for portability and performance the R700 scores well.


It is let down by its keyboard, though. It may not be a disaster, but we’ve used better keyboards on many cheaper machines and it could prove a deal breaker for many buyers. This ultimately robs the R700 of our unqualified recommendation, but it’s still an excellent laptop that represents very good value for money.


Toshiba has produced an excellent update in the Portégé R700, giving it a long overdue visual refresh and offering up a good balance between price, performance and features. It’s just a shame the keyboard isn’t a little better.