Intro
When we reviewed the Asus Eee PC X101CH, we said that “Netbooks are arguably on the way out”, and Toshiba has indeed killed off its netbook family since – in the US, that is. Here in Europe, where premium tablet ownership is lower and tech generally more expensive, the Japanese company apparently feels there’s still enough of a market to provide us with the N500 family – in this case, the £240 NB510-10D.

Oddly enough, despite being newer the NB510’s model number suggests it’s a few rungs below the Toshiba NB550D, which was pretty much our favourite netbook of last year but is no longer available. However, if it’s anywhere near as good, we’re more than happy to give it a chance. 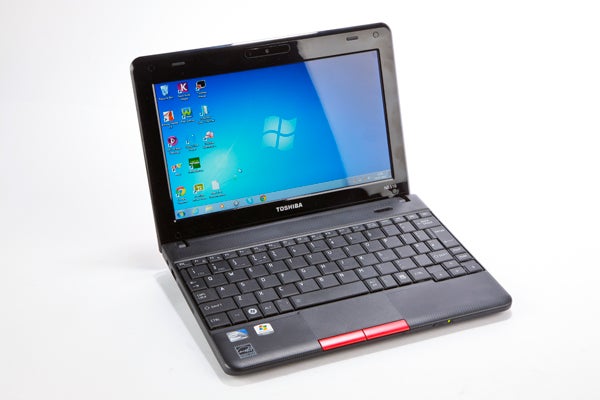 Before we dig in, a quick primer for those not quite au-fait with what a netbook represents. Created by Asus back when there was no such thing as a small, affordable ultraportable, netbooks are tiny, low-power laptops with budget prices.

They generally sport 10in screens with sub-HD Ready, 1,024 x 600 resolutions; Intel Atom or equivalent processors that are up to daily productivity but not much more; an underwhelming 1GB of RAM; and a slow hard drive of generally around 320GB running Windows 7 Starter. Due to their low-performance and concurrently low-power bits, they also tend to have rather good battery life. 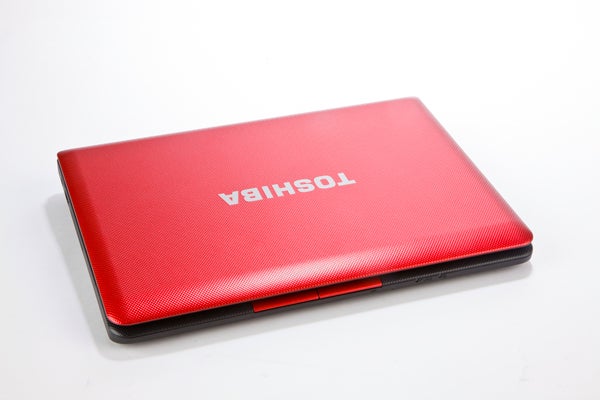 In other words, a netbook is good for on-the-go emails, web-browsing, social media and light productivity, as well as light casual gaming and HD video – but those with deeper wallets or looking to do more with their machine should look elsewhere. Back to the Toshiba NB510.

Design
The NB510 shares more than a bit of DNA with the NB550D, which is no bad thing. For starters it means the netbook is available in a choice of lid colours, with blue, red or black on the menu. The bronze of yesteryear seems to have been dropped, which is a shame as it was rather classy. The colourful lid is matched by the touchpad’s buttons, which can look a little jarring if you can’t see the lid, but overall it’s attractive. 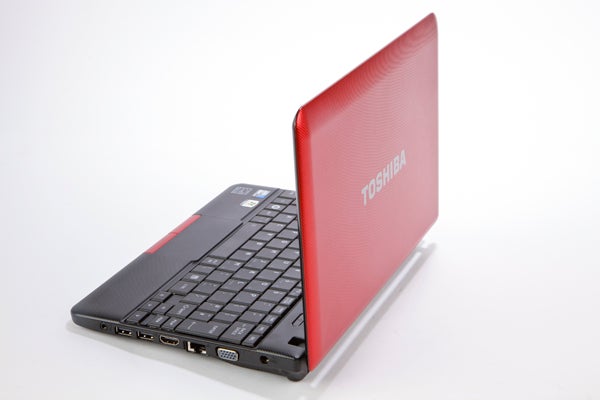 For another, the NB510 shares the NB550D’s dimpled pattern on its lid and wrist-rest, though unfortunately not the lovely soft-touch rubberized finish. Still, it provides a better grip, more fingerprint resistance and higher scratch-durability than the average glossy model. This thoughtful design is paired with superb build quality. There’s a little more flex in the lid’s centre than we would like, but the rest of this netbook is built like a brick. Its weight of 1.18kg is standard, though quite a bit heavier than the 1kg Asus Eee PC X101CH.

Connectivity
After many frustrating years, Intel has finally deigned to give its netbook platform support for an HDMI output as standard, and since the new generation of Atom processors can actually cope with HD video it’s an essential inclusion. 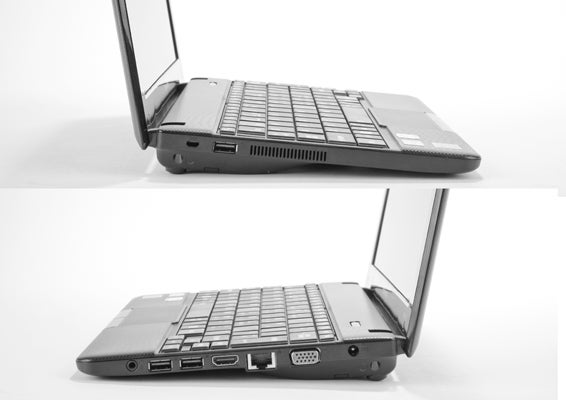 It’s joined on the right side by a VGA video output, non-Gigabit Ethernet port, twin USB 2.0 ports and a headphone/microphone jack. The left houses a lone USB 2.0 port, while the front hosts the SDXC card reader. Wi-Fi N and Bluetooth 3.0 round out the list nicely.

Usability
Toshiba is sticking to the exact-same keyboard layout as on its previous netbooks, which is a very good thing, as it manages one of the few truly edge-to-edge keyboards around. Thankfully, feedback is more consistent than on the Toshiba NB550D, and with a surprising amount of travel and positive action, its easily one of the best netbook keyboards around (quite aside from being one of the only netbook keyboards around, these days. Still, when it comes to big names there’s Acer and Asus to compete against). 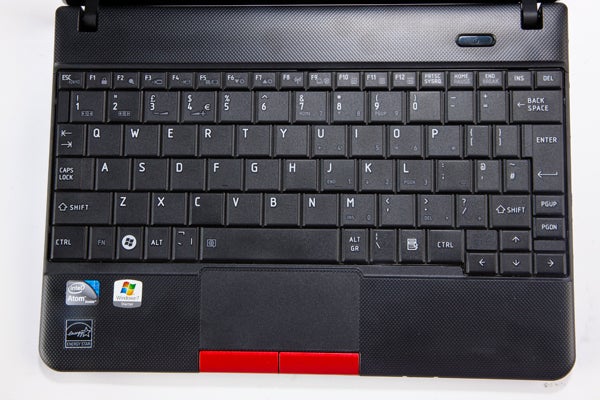 The touchpad is likewise a pleasure to touch and use, with nicely distinct buttons.

Screen & Speakers
Unfortunately, while its design, connectivity and usability are all top-notch, the Toshiba NB510 sports the same old screen. A 10.1in, glossy TN affair with the standard 1,024 x 600 pixels is still the single weakest element of all these netbooks (there used to be quite a few models with HD Ready screens but they’ve long since succumbed to the general netbook purge). The horizontal resolution is especially limited, not even wide enough for some web pages or program interfaces. 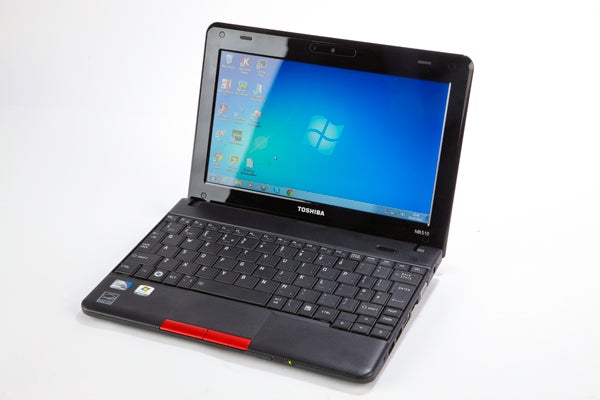 Mind you, as these screens go the NB510 again excels. Horizontal viewing angles are good, blacks are deep with plenty of dark detailing, and there’s little to no sign of unwanted artefacts or backlight bleed and unevenness. In fact, we would go so far as to say that this is the best 1,024 x 600 panel we’ve yet seen in a netbook. 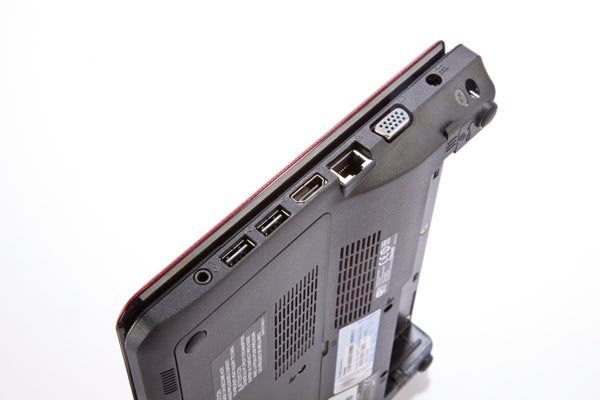 After the undeniably superb audio of Toshiba’s NB550D, the company’s effort here is seriously disappointing. The hidden speaker could barely fill a mouse’s abode, and even at less than a metre distant and on full volume, you have to strain to hear quieter bits in movies. What sound manages to be audible is clear but lacks body or depth, and bass is only noticeable by its complete absence.

Specifications & Performance
Under the hood we have the same dual-core Intel Atom 1.6GHz ‘Cedar Trail’ processor as we found at the heart of the Asus Eee PC X101CH, backed by the same 1GB of RAM. 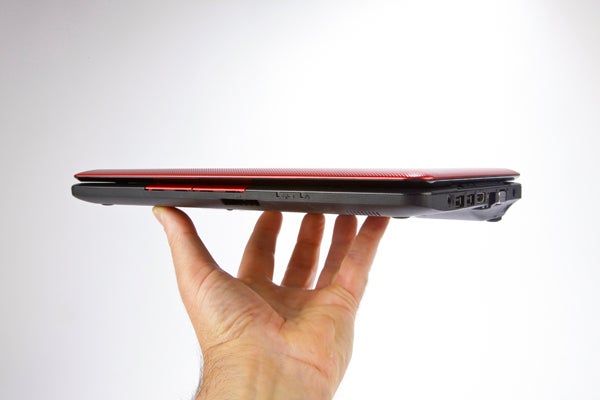 CPU performance is disappointingly similar to the previous gen-chip, though at least on the GPU side there’s been a small but noticeable improvement. Full HD video playback is now finally on the menu thanks to dedicated hardware support, and the new Atom graphics chip is slightly less abysmal for gaming than its predecessor. Still, with an average in single digits in our Medium detail TrackMania Nations Forever test at native 1,024 x 600, so casual and 2D gamers only need apply.

For storage there’s also the usual: a 5,400rpm, 320GB hard drive. Lacking the Eee PC X101CH’s fast-boot trick, startup and resume are as slow as we remember from the bad old days before the Ultrabook standard introduced widespread SSD/hybrid SSD support. 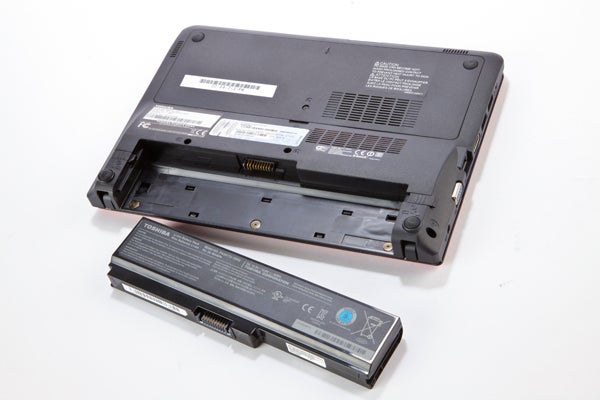 Battery
The NB510’s 48Wh battery is user replaceable and can even be hot-swapped (though obviously the netbook needs to be plugged in for that). Battery life for this little Toshiba netbook is pretty good, managing six hours and 40 minutes in our standard test. This compares very favourably with the barely four hours we got from the Asus Eee PC X101CH. 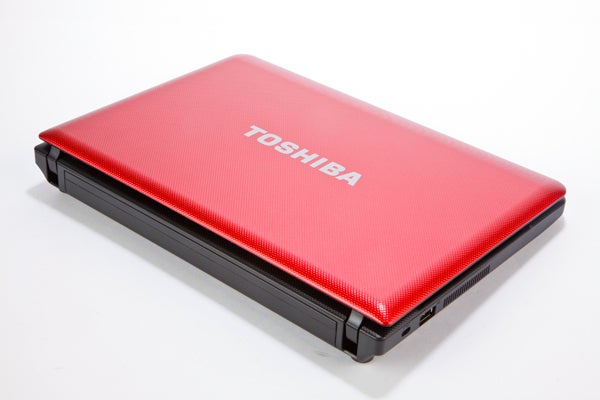 Value
In an extremely price-sensitive market the £240 Toshiba wants for its NB510-10D lets the cheaper £230 Asus Eee PC X101CH (which has gone up in price since we reviewed it) steal some of its thunder. The X101CH has a sleeker chassis, faux instant-on, and a fan-free design, and it weighs quite a bit less. The NB510 has an extra USB port, better screen, a much longer-lasting battery and far nicer keyboard, and it’s upgradeable.

For us, the superior usability, screen and longevity of the Toshiba wins it. If on the other hand you’re just after an on-the-go media consumption device, consider a tablet like the £160 Google Nexus 7 instead.

Verdict
The Toshiba NB510-10D does all the netbook essentials and does them well. It’s not outstanding in any regard, but neither does it have any serious failings (aside from perhaps its speaker performance). If you can’t afford a more powerful ultraportable or a tablet with keyboard dock/base, it’s a solid choice, and our favourite so far.