First impressions of the Toshiba Kira’s fancy quadHD display are not all that good. Thanks to it being a touchscreen it has a glass covering – in this case it’s ultra-tough Corning Concore glass – and this makes it highly prone to catching reflections.

True enough, the Macbook Pro with Retina display suffers from the same problem but unlike that model the Toshiba also has fingerprints to contend with.

A reasonably effective anti-fingerprint coating reduces their impact – and there’s an anti-reflection coating too – but it still all adds up to a display that in bright conditions can be distractingly full of a smudge image of your own face rather than whatever it is your working on.

We also immediately noticed a bit of backlight bleed. It’s by no means awful but the top edge definitely appears brighter than the rest of the display. Also viewing angles aren’t all that clever with a fair amount of contrast reduction when viewed off axis. 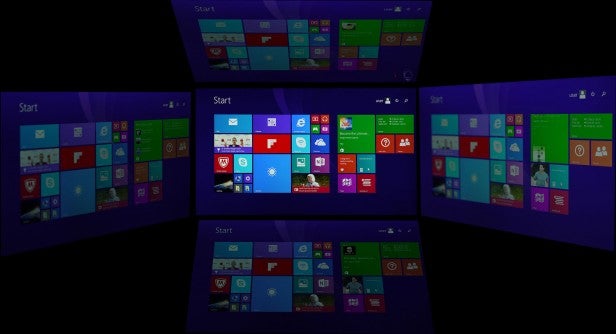 As a result of all this the quality of the display doesn’t immediately leap out at you. However, under test conditions it actually performs exceptionally well.

A black level of just 0.1nits combined with a maximum brightness level of 291nits makes for a massive 1796:1 contrast ratio. Nothing else we’ve tested comes close to this, with the next best being the Dell XPS 13 with a ratio of 1505:1.

It’s 92.7% coverage of the sRGB space is decent too and a Delta E score of just 0.14 is again the best we’ve measured on a laptop in the last two years. Only a slightly high colour temperature of 7639K lets the side down, though this can be tweaked using the preloaded ChromaTune software.

The result is that while you may be distracted by your own reflection and the slight backlight inconsistency, you can see every last little detail, no matter how bright or dark the picture gets.

As for the high resolution, it’s not one you’ll be able to work at without using Windows’ scaling/zoom feature. As such, it really is only of much use when editing/viewing images or video, and even then only in programs that support the feature. This makes more sense in a workhorse machine like a MacBook Pro but on a less powerful machine like this it seems pretty unlikely most people will ever really see the benefit of the high resolution, at least until more Windows programs natively support higher resolutions. 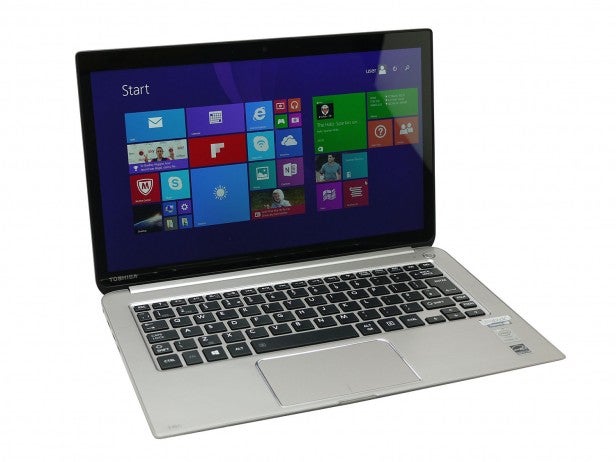 As for audio, the Kira puts in a typical modern ultrabook performance, delivering enough volume for personal, up-close listening but little more. Bass is of course pretty much non-existent but there’s a good amount of clarity and a decent stereo image. As ever, headphones or an external speaker are recommended for any serious listening.

This laptop’s keyboard is very good. It’s kicked off by a very agreeable layout with every key where we’d expect and a decent amount of space for them too. The enter, ‘#’ and ‘]’ keys are a little squashed but in general use we didn’t find this a problem.

However, we’ve come to really like the way Asus and Dell have the Home, End, PgUp and PgDown buttons as secondary functions of the cursor keys and miss the feature on this keyboard. Instead there are dedicated buttons for the latter just above the cursor keys and Home and End keys on the top row. 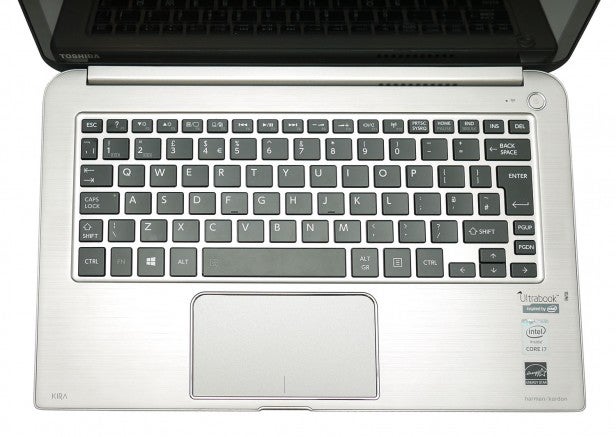 The key action here is better than many. There’s a reasonable amount of travel with a clear break letting you know when the button has been pressed. It’s certainly at least the equal to its competitors in this regard.

Its slightly out of place chrome trim aside the trackpad is very good too. It’s nice and large and has a smooth-gliding, slightly rough surface. It also tracks very accurately and is well setup right out of the box, with no need to dive in and adjust the sensitivity or speed in the driver.

Used as our main laptop for the review period
Tested for at least a week
Used consistent benchmarks for fair comparisons with other laptops
Reviewed using respected industry benchmarks and real world use
Previous
Toshiba Kira (2015) Review Next
Battery Life, Performance and Verdict Review