The Toshiba Kira is a slim and light ultrabook so performance is not its main focus but of course it still needs to deliver the basics and this it does with aplomb. Its Intel processor and nippy SSD combine to make everyday computing snappy and easy going.

This is reflected in our benchmarks where its PC Mark 7 score of 5167 is nearly double what you’ll get with really entry level tablet-type Windows devices and around 1000 points higher than cheap entry level machines. It’s also a marked improvement over our current favourite ultrabook, the Dell XPS 13 (2015), which score 4879.

That benchmark combines CPU, GPU and storage performance into one score so we look to Cinebench R15 to show raw CPU performance. This is what will matter when it comes to more intensive tasks like video/image editing. Here the Kira again holds a lead over the Dell XPS 13, scoring 287 to the latter’s 258.

However, giving some perspective, these scores are half what you’d get with a larger, more powerful machines.

It’s a similar story when it comes to graphics/gaming. The Kira scores 52,631 in 3D Mark Ice Storm where the XPS 13 scores 46,290. Gaming laptops with dedicated graphics, though, will score over 100,000. For a slightly more tangible benchmark, we run Unigine Heaven where the Kira delivers 14.9fps. Here, bizarrely, the Dell scores 17.9fps, giving it a solitary victory. However, both pale in comparison to the 60fps+ that gaming laptops will get. 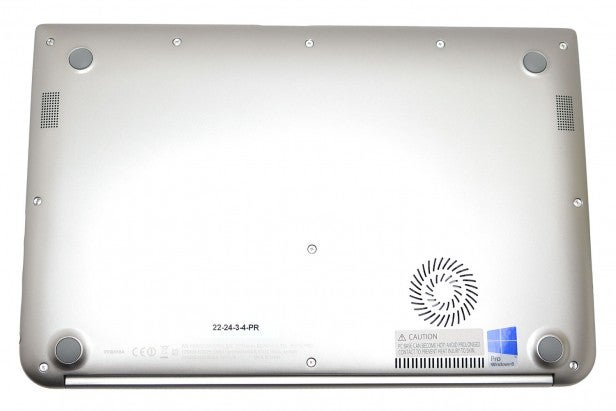 Of course the big winner thanks to that modest performance is excellent battery life. While gaming laptops will die after three-five hours of use (not even while gaming) the Kira lasted nine hours and 38 minutes in our test. That’s right up there with the best ultrabooks, though here the Dell also makes up for its slight performance deficit by stretching its battery life to 10 hours and 57 minutes.

Like most ultrabooks, the Toshiba Kira does a pretty good job of staying completely silent most of the time as its CPU fan doesn’t spin up unless needed, and of course there are no noisy hard drives to worry about.

Give it a more intense workload, or in fact just too many tabs in your web browser, and the CPU fan will spin up. We found it has a tendency to do this just a little more often than some other ultrabooks, though not enough to be a major concern.

The resultant noise is quite high pitched but again is fairly typical. Moreover, the fan does a good job of actually keeping the device cool so there are no overheating issues here.

So far it has been a slightly up and down ride for the Toshiba Kira so it’s a shame Toshiba tips the balance in the wrong direction by installing a load of unwelcome software.

The inclusion of a trial version of McAfee anti-virus is to be expected – though still not entirely welcome – but that’s the least of it. WinZip has been installed, despite Windows having basic built in Zip facilities and WinZip again not being a free option, as well as a load of Cyberlink media software and the Symbaloo bookmarks app.

None of it is software we’d recommend anyone use and we feel it takes away from the overall initial experience, though notably it can all be uninstalled.

Prices have actually dropped since the Kira was first released, with prices for the top model approaching the £1100-£1200 mark at launch. These revised figures are much more appropriate. 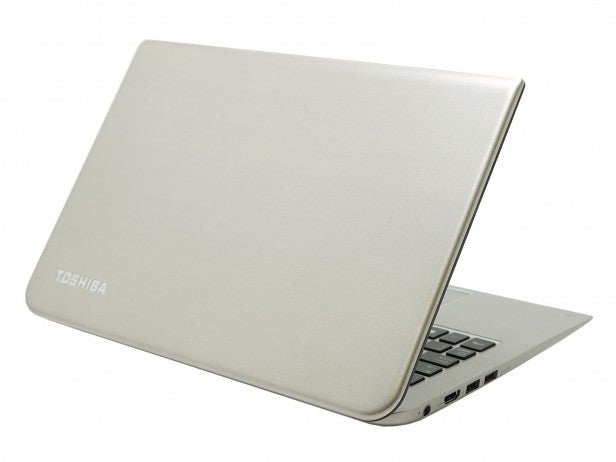 The 2015 revision of the Toshiba Kirabook is a solid update to the line and provides a good overall experience. It’s also a touch more powerful than key rivals such as the Dell XPS 13 (2015).

However, aside from that somewhat token victory, rivals have it beat across the board. The Dell has well over an hour longer battery life, as does the MacBook Air. Both those machines also look and feel better, with the Dell also boasting a smaller footprint thanks to its super-slim screen bezels.

We’ve yet to try the non-touchscreen version of the Kira but this touchscreen model is a disappointment. Despite technically impressive scores when it comes to colour accuracy it just lacks punch and reflections on the glass front are distracting.

The high 2,560 x 1,440 resolution is also of limited benefit and we didn’t once feel the desire to touch the screen. In our opinion touchscreens are only appropriate on hybrid devices and this laptop only reinforces that idea.

To top it all off Toshiba has among the worst collections of preinstalled, unwanted software.

This isn’t a bad machine, and for the right price it could serve many people well, but if you’ve got £900 or so burning a hole in your pocket, get a Dell XPS 13 or a MacBook Air, even despite the Air’s poor screen quality.

The Toshiba Kirabook (2015) is a perfectly reasonable premium ultrabook but it just doesn’t quite match the competition across a number of key criteria. It may well win in a few categories but not the ones that ultimately count in this sector. Other laptops are better looking, have better screens and battery life, and are cheaper.