Toshiba wants the Kira to be a portable powerhouse, and the Core i7-4500U processor at its heart is a good start. It’s one of Intel’s best ultra-low-power Haswell processors, with two Hyper-Threaded cores clocked to 1.8GHz – faster than the Core i5 chips included in the Apple and Sony systems, and a long way ahead of the AMD silicon inside the Samsung.

The rest of the specification is similarly enticing, with 8GB of RAM and a home-grown 256GB SSD. The only disappointment is the graphics core: the HD Graphics 4400 chipset is a cut-down version of the integrated Haswell hardware included by Intel in its more powerful processors.

Nevertheless, there’s no denying this machine’s speed. The Toshiba’s PC Mark 7 result of 4,971 is several hundred points ahead of its closest rivals, and in Geekbench the Kira scored 5,424 – more than twice as fast as the Samsung. Only the Asus Zenbook UX302 is marginally quicker, and it includes the same processor as the Kira. 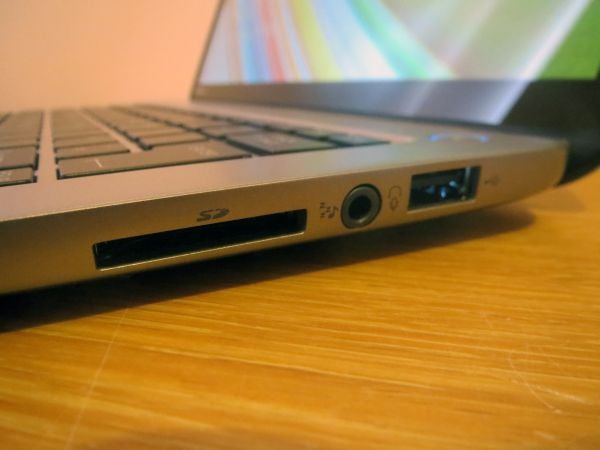 The Kira is twice as quick as the Sony in the Ice Storm gaming benchmark, and the Toshiba’s 38,381 score is still 13,000 points ahead of the Samsung, which has an AMD APU with Radeon graphics.

The AMD-powered Samsung closed the gap in the tougher Cloud Gate benchmark, but the Kira’s 4,626 points still beat the 4,008 score of the Samsung. These benchmarks sound impressive, but bear in mind that this laptop can only handle games at middling or low quality settings. We played DiRT 3 at 1,920 x 1,080 and its Low settings, and the game hit a smooth 36fps average, but it couldn’t handle Medium.

The 256GB SSD is comparable to its rivals – the MacBook’s most expensive options also have 256GB drives, and the Samsung only gets more storage if you spend more cash – and it’s fast, too. We booted AS SSD and recorded nippy sequential read and write results of 506MB/s and 449MB/s from the Toshiba, with the former especially impressive.

We turned off Windows 8.1’s Fast Startup option and the Kira still booted in an excellent thirteen seconds – only three seconds slower than the Apple and Samsung systems. The Toshiba’s boot time improved to a stunning eight seconds when we turned Fast Startup on so, however you look at it, this laptop is extremely responsive. 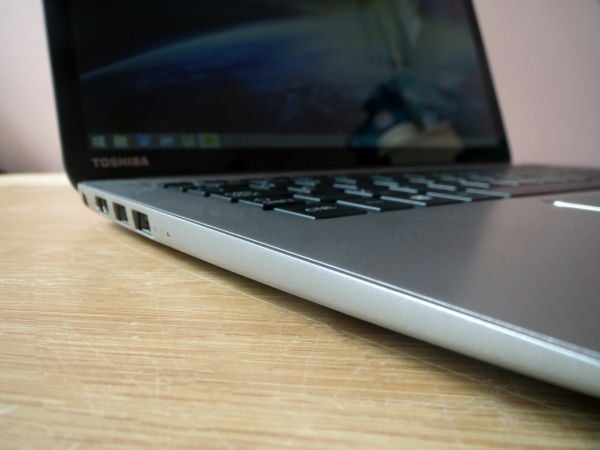 The Kira is one of the fastest Ultrabooks we’ve tested, but there’s a definite downside: noise.

The fan struggled to cope in demanding tests, and we couldn’t help but notice its high-pitched whine – if you’re in a quiet room, or even the quiet carriage on the train, it’ll be obvious.

The irritating noise wasn’t restricted to high-end applications, either, as the Toshiba’s fan occasionally whirred up during more mundane tasks too. The unpredictable and irritating fan output was paired with heat on the Kira’s underside, too – it’s enough to prove distracting, if not dangerous. 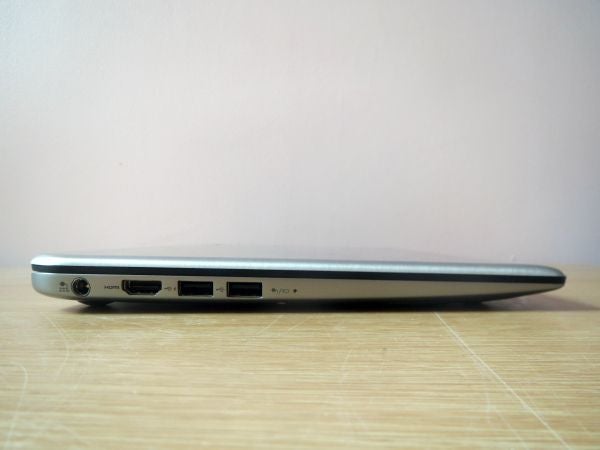 The Kira made up ground with fantastic battery life. We loaded our Powermark benchmark and the Toshiba lasted for nine hours and 10 minutes – around three hours more than the Sony and Samsung machines could manage in the same test. It’s not quite able to match the ten-hour lifespan of the MacBook, although that test always comes with a caveat, as Apple’s laptop doesn’t run Powermark, which meant we had to simulate our own test.

We ran Powermark’s tougher Productivity test with the Kira’s High Performance mode enabled, and the Toshiba stuck it out for six hours and 27 minutes – still longer than either of its Windows-based rivals.

The Toshiba regained 35% of its capacity when charged for half an hour, which is good for just over three hours of life in Balanced mode. It’s better than the Samsung and Sony systems, but the MacBook restored a more impressive 40% of its battery.

Used as our main laptop for the review period
Tested for at least a week
Used consistent benchmarks for fair comparisons with other laptops
Reviewed using respected industry benchmarks and real world use
Previous
Toshiba Kira-101 Review Next
Keyboard, Touchpad and Verdict Review