The Toshiba’s keyboard shares its low-profile, backlit design with most rivals, and it’s got good looks and a sensible layout: the black keys stand out against the metal backdrop, and none of the buttons have been seriously shrunk.

Toshiba has given each key a shallow concave top to try to improve accuracy and comfort, and the Kira’s honeycomb construction means the keyboard has a solid base.

We quickly got up to speed, and soon typed out tweets and emails with few problems, but a couple of issues mean we’re loathe to recommend this system for serious work. As with many Ultrabooks, the Toshiba’s keys suffer from a lack of travel, which means typing lacks feedback. The space bar also occasionally failed to recognise our strokes, which was irritating enough to break our flow. 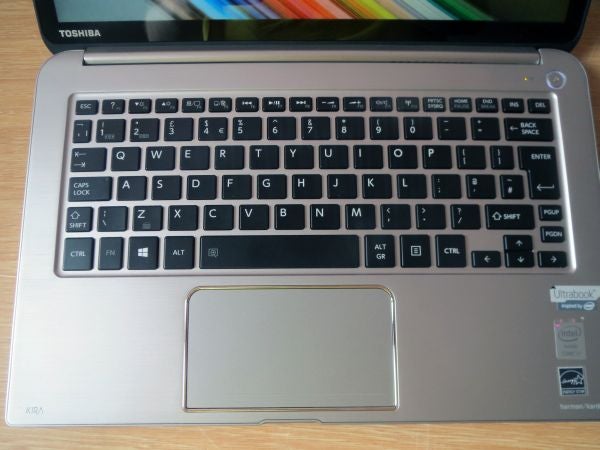 The Toshiba’s keyboard isn’t terrible, but the Sony and Samsung still have better typing units, and the MacBook Air’s keyboard is still the king when it comes to ultraportables. It’s a similar story when it comes to the touchpad: the Kira’s wide unit is responsive, works with gestures and has two snappy buttons, but it’s just not as slick as the Apple equivalent.

In the US, Toshiba sells the Kira with a two-year warranty, a two-year subscription to Norton Internet Security and Online Backup, and it also includes full versions of Adobe Photoshop Elements 11 and Premiere Elements 11.

Don’t expect such generosity in the UK. Our version has a one-year warranty, the Adobe software has disappeared, and that two-year Norton deal has become a thirty-day trial or McAfee LiveSafe.

Elsewhere, the software offering is thin on the ground. Toshiba’s own apps hold a range of generic settings for monitoring and updating the Kira, and Windows-style tools for changing the size of text on the high-resolution screen. Apps like eBay, Evernote and The Telegraph are installed out of the box, too, but they can just be downloaded from the Windows store. 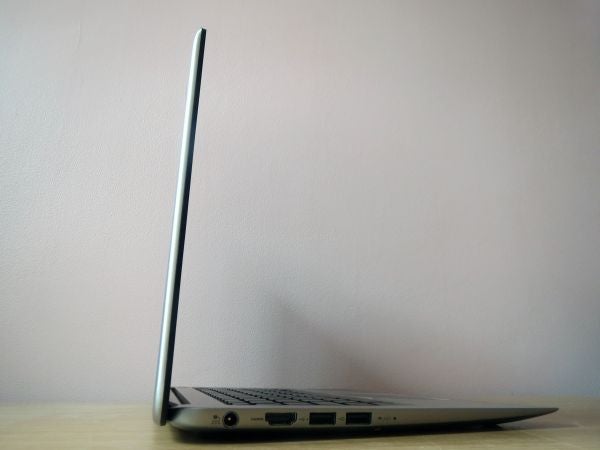 Should I Buy the Toshiba Kira-101?

The Toshiba’s £1,299 price makes it significantly more expensive than the £949 MacBook Air 2013 and the £999 Sony VAIO Pro 13, and it’s also pricier than the £1,200 Samsung Ativ Book 9 Plus. That’s a big barrier to entry when the competition is so strong, but in some departments the Kira justifies the extra cost: it’s got more processing power than every competitor, and its battery life is superb.

The high-quality screen is the match of almost all the competition, too, and some people will certainly appreciate those extra pixels – even if some apps aren’t up to the task of handling them just yet.

In several other important areas, though, the Kira doesn’t justify its price – and, in fact, falls behind its cheaper rivals. The Sony’s screen has better pure quality, other machines have better keyboards, and the Kira’s noisy fan is an unwelcome distraction.

There’s the question of design, too. The Kira is supposed to breathe a new lease of life into Toshiba, but this £1,299 machine just isn’t luxurious enough, with stickers, exposed seams and uninspiring aesthetics contributing to the feeling that this system is already an also-ran.

The Kira is fast, with a high-quality screen and superb battery life, but it just doesn’t have the all-round quality to justify its high price. The smart design doesn’t stand out nor have the attention to detail we demand from this level of system, the keyboard is flawed, and the fan is too noisy. We’d rather buy the cheaper Samsung or Sony machines, or the MacBook Air – even if it means waiting until Apple updates its ultraportable with a Retina screen.

Next, read about the best laptops, tablets and hybrids we’ve seen in 2014.