Toshiba promises up to 9.5 hours video playback on a full charge, and we found that to be a pretty realistic claim from our tests. We ran a 720p video loop from a full charge on ‘automatic’ screen brightness settings and found that the Excite Write ran for eight hours and five minutes before needing a recharge. By turning off Wi-Fi and running in a lower brightness, there’s no reason to believe that it couldn’t comfortably hit 9.5 hours.

Plugging it in for 30 minutes while switched off only returned 19%
of the battery life. This sounds low to begin with, until you do the
maths and realise that 19% of 8 hours still gives you over an hour and a
half of real world usage. 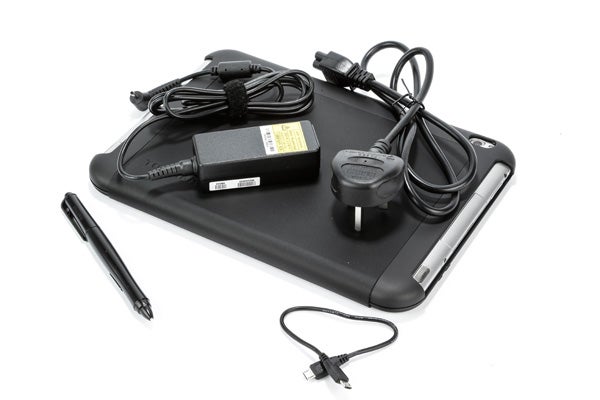 The Toshiba keyboard cover is an extra that ours came with so it would be remiss not to give it a quick mention — though at £78, it’s certainly not what you’d call a cheap accessory.

Thankfully, it doesn’t really feel like one either. Snapping the tablet in place around the screen holder is easy and secure, and then there’s a groove for the Excite Write (or Excite Pro/Excite Pure – it’s designed for all three) to sit securely in. It’s a little screen heavy, as you’d expect given the keyboard dock is a lot lighter at under 430g. Putting the two together, the whole thing weighs marginally less than an 11-inch Macbook Air. 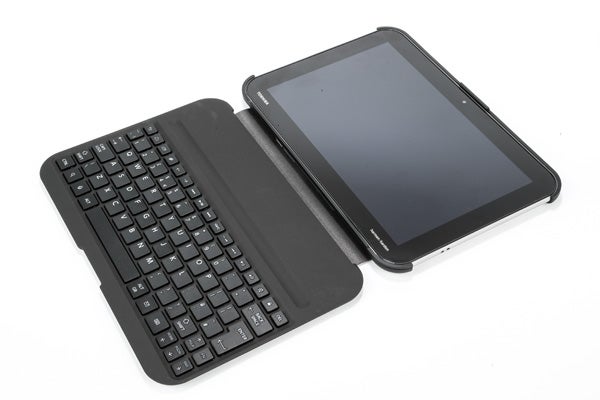 It’s Bluetooth, so requires pairing once, and remembering to turn it off so as not to waste battery is a chore at first (though a micro USB charge cable to link the tablet and dock together is provided, meaning you can charge them both at the same time). As for how it worked, about as well as a slightly cramped 10.1-inch keyboard can be expected to.

The keys felt quality to the touch, and with a little practice we were able to build up some decent speed, but there’s a reason laptops tend to start at 11.6-inches and more commonly 13/14-inches. Still, we were pleasantly surprised that standard laptop shortcuts we’re familiar with worked without fuss — we absent-mindedly pressed Ctrl-T to open a new tab in Chrome, and sure enough it worked fine. 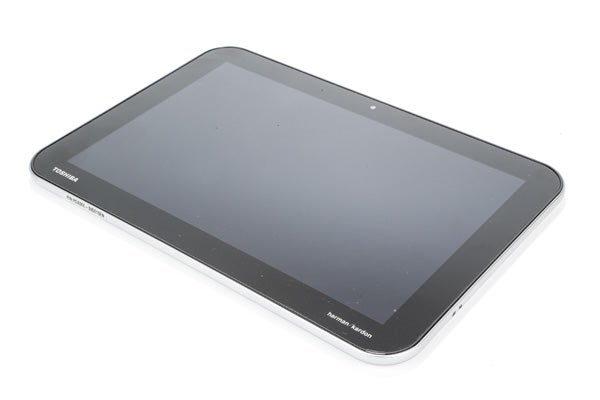 Should I buy the Toshiba Excite Write?

The Toshiba Excite Write Tablet is a nice bit of kit, but in this crowded space it needs to be more than nice to stand out. At £450 without the keyboard case, it’s putting itself directly against the Samsung Galaxy Note 10.1 with its stylus and similar specs, and it’s a battle the Excite Write can’t quite win. The benchmarks and deeper stylus integration are both clear wins for the Note. If you dislike the Samsung UI, it’s a good alternative to the Note 10.1, but it won’t be most people’s first choice.

Worse, if you don’t really see the benefit of a stylus in a device like this, then our current top dog tablet — the iPad Air — starts at £51 cheaper. True, that’s a 16GB model (this has 32GB and the 32GB iPad Air upgrade adds an eyebrow raising £80 to the price), but by pretty much every metric it’s the superior tablet. It’s not that the Excite Write Tablet is bad, it just fails to stand out in a highly competitive field.

The Toshiba Excite Write is a solid Android tablet, but it’s too pricey and unrefined to recommend over its rivals.