You get 16GB of on-board storage, which is used to hold anything incompatible with Google Drive. Since this is a Chromebook, most of your files will be stored in the cloud. The Toshiba Chromebook 2 comes with 100GB of free cloud storage via Drive, which is like Google’s own version of Microsoft’s Office suite.

You have to be connected to the internet to make full use of the Drive apps, but we experienced a bit of trouble in this respect. The Chromebook 2 flat-out refused to connect to the wireless network in the office, despite it working perfectly well on every other device. This was the only network we had trouble with, though. 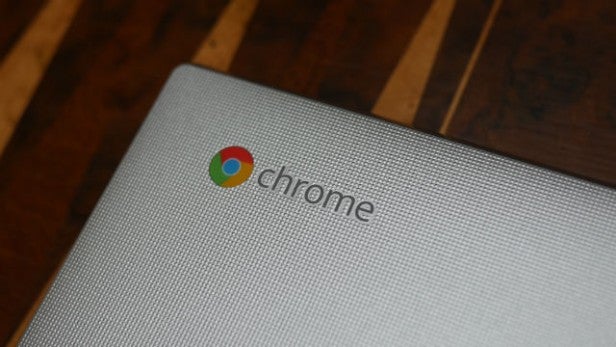 We watched a lot of video content on the Chromebook 2, and found no faults with anything we saw on-screen. It handles HD video and general computing tasks smoothly – most will have no problems using the Chromebook 2 day-to-day. Out of curiosity, however, we decided to see how far we could push it.

It coped fairly well with our first challenge, which involved running 45 separate tabs at the same time. Apart from a few jolty cursor movements and a little lag between keyboard input and characters appearing on-screen, we experienced no issues.

We then pushed the Chromebook 2 beyond its limits by seeing how many YouTube clips it could simultaneously play at 1080p, with eight other tabs running in the background.

10 clips caused the Chromebook 2 to crash and restart itself, so we closed five of them. This improved the situation, but video was very slow and sticky, taking a 1.25 clip 1.55 to play. With four YouTube tabs up, the same 1.25 video took 1.38 to play and with three up, it took 1.31.

It only played at normal speed when we took it down to two YouTube clips at the same time and the base also became very warm throughout this. It only ever got slightly warm in general use, though, and these aren’t ‘normal’ tests by any measure. 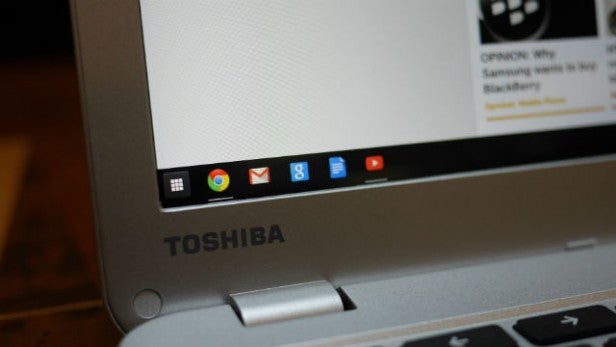 If you’re used to Windows and OS X, pay attention. The Chromebook 2 runs Chrome OS, which is very different to Microsoft’s and Apple’s software. Instead of programs, it runs web apps. It’s built to make the most of Google’s ecosystem, and revolves almost entirely around Chrome. This means you have to have a Google account and a reliable internet connection to make full use of it.

A handful of apps, like Google Drive, are available offline, but any changes you make to documents will only be saved once you get online again.

It’s actually not as limiting as you might initially think, though. After all, most of us barely do anything on our computers without being connected to the Internet, unless you really, really love playing Spider Solitaire. However, some very popular programs aren’t yet available on Chrome OS.

Skype is a huge miss. Google’s own alternative, Hangouts, works well for text-based communications but isn’t as good at video calls. iTunes and VLC media player are also missing, but Spotify is supported and other music streaming services work fine through the browser. You can still download Word documents and PDF files, though you can only access these in Google Drive.

Chrome OS is straightforward to use and relatively easy to familiarise yourself with. The Chromebook 2 comes equipped with an honest, in-depth user guide packed with handy tips. In addition to general advice and shortcuts, it confesses that vital apps are missing, and displays Chrome OS alternatives to them. The guide isn’t buried, either. It’s easily accessible from the status tray, which lies in the bottom right corner of the screen.

The status tray also shows important information like time, battery life and Settings. The only criticism we can make of it is that you can’t hover over icons to get info – you have to actually click on them to find out what you need. 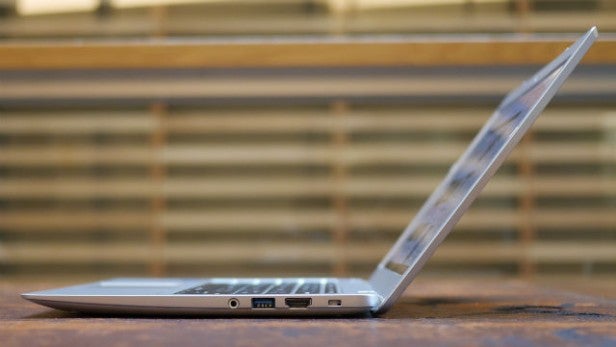 A notifications area sits immediately to the left of the status bar, and brings up information Google thinks is relevant for you. In our case, it brought up the weather, directions back home and lots of football scores. You can easily control what pops up by tinkering with your preferences.

A launcher similar to the Start button sits in the bottom left-hand corner of the screen, and grants access to all of Google’s goodies, including Drive, Play Music and the Chrome Web Store, which is different to Google Play. While Play lets you download apps, games and music for your smartphone or tablet, the Chrome Web Store is full of apps, extensions and themes built for the Chrome browser.

Those of you who love to customise your computer should be left satisfied by a wide range of themes and backgrounds, which are easy to flick through and apply. Adding multiple users is also simple, but anybody who wants to use the Chromebook 2 without the hassle of creating a new user profile will be able to via the Guest Browsing feature. Guest users are permitted to visit websites and download files, but can’t install new apps.

Toshiba says the Full HD Chromebook 2 will last up to nine hours off a single charge, and the HD version will keep going for 11.5 hours. These are good numbers, and real-world use supports the claims.

We squeezed just over nine hours out of the Full HD model while working on Google Drive, browsing the web and watching TV shows.

It’s a reasonably quick charger too, with a 30-minute blast taking it up to 30% battery from flat. The only real issue we found was that the status tray only warned us when we got to 1% battery life. We’d have preferred a heads-up much sooner – a notification at 10% would be much more useful and would have helped us avoid the mad scramble for the charger. 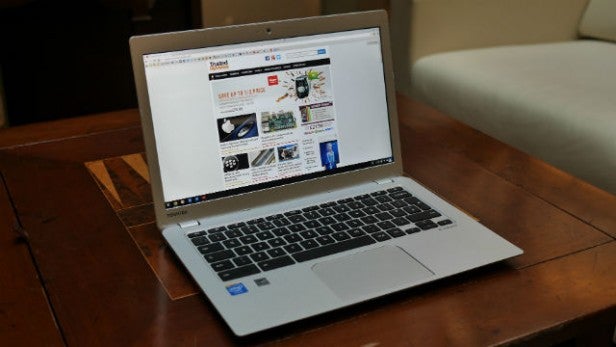 Should I buy the Toshiba Chromebook 2?

We’d recommend the Chromebook 2 to anyone absolutely sure they can cope without programs like Skype, Microsoft Word, VLC media player and iTunes. Chrome OS is really easy to use, but be certain of your needs before taking the plunge.

The Full HD version of the Chromebook 2 is a treat for the eyes. Its screen is sharp, bright and vivid, elevating it well beyond the level its £249 price tag suggests. The speakers, battery life and performance are good too – it delivers as a work tool and as an entertainment laptop. The only real downside is build quality, with the screen element feeling very fragile.

As for alternatives, the top spec Chromebook 2 is £50 more expensive than the £199 Acer C720 Chromebook but beats it hands-down in terms of features and overall quality. It’s also superior to the HP Chromebook 14, which will set you back £279. The HD Chromebook 2 isn’t as visually stunning and features pared down specs but, at just £199, it’s still an enticing model if you really strapped for cash. If you’re not convinced by any of those, head to our best laptops round-up for more options.

If you want a Chromebook, the Toshiba Chromebook 2 is the one we recommend. It has a great screen, looks good and delivers in every way that matters.