We might as well say right away that for various reasons the 58L9363’s picture quality is too flawed to enable us to give the set a totally glowing recommendation, despite its lowly price.

For starters, its native 4K pictures aren’t absolutely the sharpest we’ve seen, and they aren’t quite as finely colour tuned as those of Toshiba’s larger 4K TV, even if ResolutionPlus does a decent job sharpening images without adding too much noise. 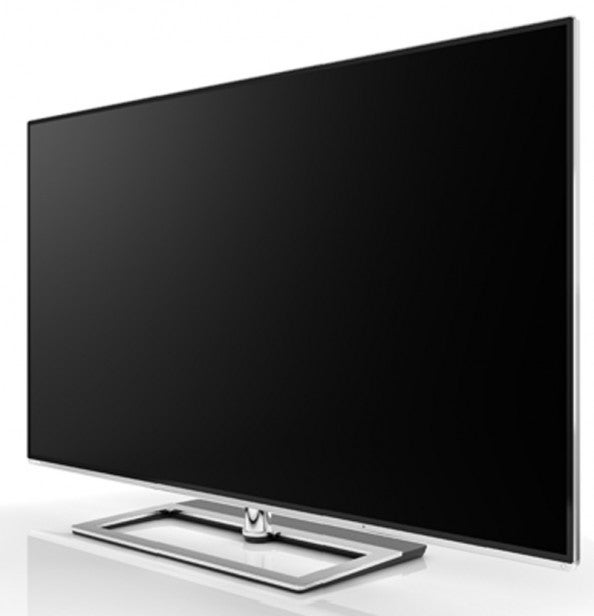 Upscaling
Things become more problematic with upscaled footage, which tends to look quite soft compared with some rival 4K/UHD screens. Certainly there’s nowhere near the same sense of next-gen ‘4Kness’ you get with Samsung’s upscaling engine in particular.

Upscaled pictures also tend to look a bit smeary and noisy, especially if the source you’re watching has lots of grain in it, thanks to the difficulties Toshiba’s processing seems to have in both recognising grain and figuring out how to handle it effectively.

The processing is happier with really pristine Blu-ray discs like Pacific Rim, but the best upscaling engines we’ve seen are more astute at being able to adapt themselves to a wider range of content qualities and image ‘finishes’.

Motion
Motion isn’t particularly great either. The 58L9363’s pictures lose resolution without using the Clear Scan processing (and any loss of resolution is exaggerated in a native 4K environment), yet the lowest level of Clear Scan leaves you with some really distracting judder. And if you set Clear Scan higher there are some obvious and occasionally weird artefacts – including a strange blocking artefact over some areas of image detail, and some gentle smearing during action scenes.

Other more general problems include some backlight clouding if you don’t reduce the backlight to a fairly low level, and a slightly grey look to very dark scenes.

At this point it’s important that we inject some positivity into proceedings because the 58L9363 certainly is not a dead loss in picture terms.

With native 4K content Toshiba’s set is comfortably good enough to show off 4K’s picture benefits. Detailing is clearly superior to HD, there’s a much greater sense of depth to large-scale shots, and the set’s colour resolution and processing power is easily up to the task of delivering 4K’s superior colour finesse.

It’s worth adding, too, that the 3-inch of extra screen size the 58L9363 has over its direct rivals doesn’t do any harm to 4K’s impact, especially if you’ve got a reasonably large living room.

Contrast is actually quite good too once you’ve calibrated the TV to remove the backlight clouding problems we mentioned, since while black levels could be better whites look pure and colours enjoy vivid saturations.

Finally it’s worth reiterating the point we alluded to when mentioning Pacific Rim earlier that while the 58L9363’s 4K upscaling system isn’t as flexible and powerful as we’d ideally have liked it to be, it does hold up well with strong HD sources, which don’t present too many source noise issues for the processing to have to wrestle with.

If we were already living in a time where 4K sources were common, the 58L9363 would be an easy recommendation for its money, given its decent 4K showing. Sadly, though, we’re nowhere near a time where native 4K content will take up the majority of our viewing hours, and with that in mind the slightly limited nature of the 58L9363’s upscaling is problematic.

Used as the main TV for the review period
Tested for more than a week
Tested using industry calibrated tools, discs and with real world use
Tested with broadcast content (HD/SD), video streams and demo discs
Previous
Toshiba 58L9363 Review Next
3D, Sound and Conclusions Review