There are times when the 58L9363’s 3D pictures look surprisingly good. There’s a palpable sense of extra detail in the 3D images thanks to the active system’s upscaling, which helps make the 3D environment feel more solid and tangible.

Contrast also looks slightly better with 3D than it does with 2D thanks to the way the active shutter glasses help disguise the slight greyness of dark scenes you get in 2D mode. This helps the screen delineate the sort of details, layering effects and visual cues 3D films use to delineate the sense of depth in their image. 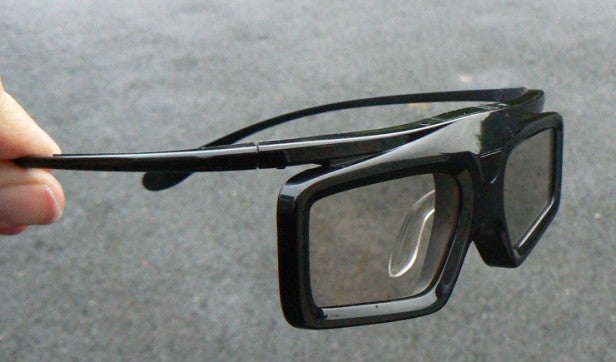 Unexpectedly the 58L9363 also fares slightly better than some rivals when it comes to handling judder with 3D. There’s a dedicated 3D Judder Cancellation circuit that does a really sound job of reducing the stuttery, cellophane-like look to 3D motion that remains aggravatingly common on 3D TVs.

There’s still a little motion blur to contend with, which can take the edge off the 4K clarity (especially if it’s combined with the sort of grainy source that causes Toshiba’s upscaling engine difficulties). But overall 3D motion actually looks superior to 2D motion. And we can safely say that’s the first time we’ve ever found ourselves saying that.

Unfortunately, though, much of the 58L9363’s 3D quality is undermined by the screen’s fairly heavy susceptibility to that classic active 3D problem of crosstalk. There’s clear evidence of the double ghosting problem in many shots, especially those with a large sense of depth, and this issue ends up looking more pronounced in the 4K domain than it does with HD screens, on account of the way the extra sharpness and detail throws into even starker contrast the lack of focus in the crosstalky areas.

For a set that doesn’t have much of a frame, the 58L9363 manages to sound surprisingly powerful. The Audyssey ABX system really boosts the range and power of the audio mix, especially at the bass end of the spectrum. Provided you’re reasonably careful with volume levels, moreover, it does so without causing mid-range clarity to reduce or trebles to sound overwhelmed.

It might have been helpful if Toshiba had shown a bit more awareness of the 58L9363’s audio limitations, for you don’t need to get anywhere near the maximum volume level before the speakers start to phut and distort. But once you’ve experimented to find how far you can push things before the soundstage becomes uncomfortable, you should find this level still loud enough to satisfy a normal-sized living room.

The only really aggravating audio problem we found was lip synch errors. From time to time – especially while watching 3D Blu-rays – the audio track appeared to slide slightly behind the picture, leaving people’s mouths moving out of sync with the words they were supposed to be speaking.

As anyone who’s experienced this problem will know, it’s one of the most distracting issues you can come across while watching a film. We don’t really know what the cause of this problem is – the picture processing, an HDMI handshake issue, the Audyssey processing – but it happened often enough to be something we couldn’t just ignore as a ‘one off’.

Few things in life are more fun than playing video games on a big 4K screen. So it’s good to find that the 58L9363 only measured around 38ms of input lag on average during our tests. A few rogue measurements got as high as a potentially game-damaging 64ms, but these measurements really were rare. 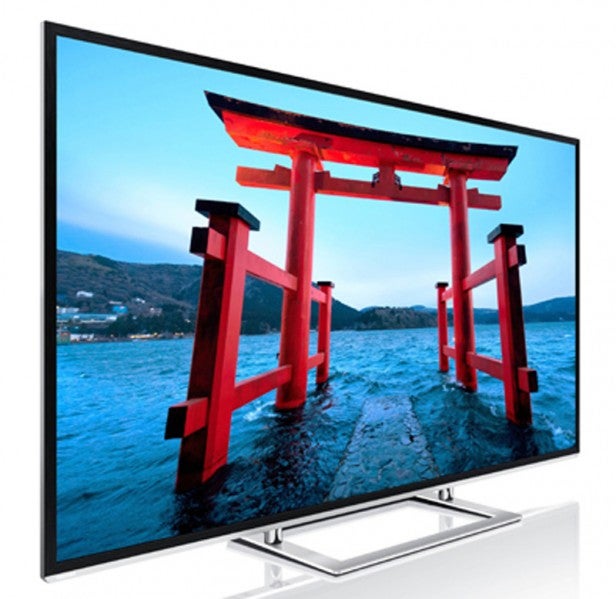 If you’re after the last word in either native 4K and especially upscaled 4K performance, the Toshiba 58L9363 is not it. The Sony 55X9005A and Samsung UE55F9000 both offer superior performances – with 3D as well as 2D, and with native and upscaled 4K pictures.

But then to be fair the 58L9363 isn’t designed to be the best 4K TV in town. It’s designed to be the cheapest – something it achieves by a startling margin. And by offering three inches more screen and actually very credible native 4K pictures for £800 less than its nearest 55-inch rival the 58L9363 will surely find a market. Even if its buyers might have a bit of a wait on their hands (for native 4K to arrive) before they really get to see their new TV at its best.

It’s flawed for sure – quite seriously in places – and needs native 4K sources to arrive before its pictures really start to impress. But it’s so significantly cheaper than any other 4K TV we’ve seen to date that we guess a few hiccups here and there were going to be inevitable and as such are perhaps – just about – forgivable.