The Toshiba 58L9363 is the cheapest 4K TV you can currently buy in the UK. We’ve seen it selling for as little as £2,200 – a price that’s a cool £800 less than the prices currently being asked for the Sony 55X9005A and Samsung UE55F9000. And just to underline what a bargain this is, Toshiba’s set is three inches bigger than its 55-inch rivals, too. That’s great news, so let’s see how its performance matches up.

SEE ALSO: What is 4K TV? 10 reasons why you should care 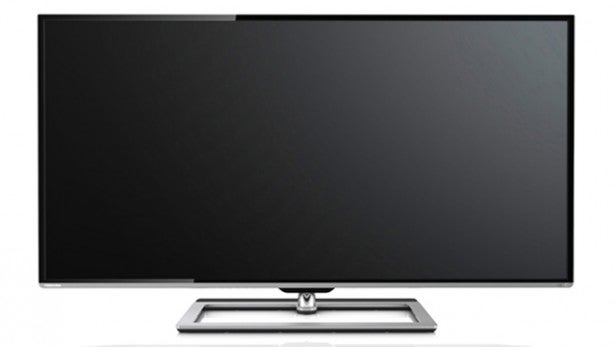 While the Toshiba 58L9363 isn’t the most extravagantly fashionable 4K TV we’ve seen to date, it still manages to tick the main trend buttons with its skinny frame, sultry black finish and silvery highlights. Get up close and the silvery bits look a bit cheap and cheerful compared with the glinting polishes applied to some rival high-end TVs. But if you don’t want to see this, don’t get up close!

Connections are solid enough for a current 4K/UHD TV, with highlights comprising four HDMIs, three USBs, an SD card slot (these are actually quite rare in the TV world), and the usual Wi-Fi and LAN network options.

The HDMIs are not built to the new HDMI 2.0 spec recently defined for offering the best 4K experience, which means that they can’t currently offer playback of 4K/UHD sources at any higher frame rate than 30Hz. However, Toshiba claims it’s going to roll out a firmware update at some point that will enable 50/60Hz 4K reception, albeit at a reduced colour resolution. Only the Panasonic L65WT600 has the necessary chipsets to deliver 4K 50/60Hz with full 4:4:4 chroma subsampling at the moment.

The USBs and network options support playback of a decent variety of multimedia files (via DLNA in the network’s case), and the network options also inevitably enable you to go online with Toshiba’s new ‘Cloud TV’ smart TV system.

We’ve covered this in depth in our Toshiba Cloud TV review, so we won’t dwell on it here. Which is kind of appropriate, really, given that once you get past the intriguing new interface there isn’t that much to it.

The interface looks rather low-res for the screen’s 4K environment, but its multi-hub approach seems sensible, and its organisation is fairly logical. The system runs less sluggishly than it does on Toshiba’s more ‘normal’ TVs too, which is a major result.

There are one or two interesting features too, including a MediaGuide app that lets you surf quickly and easily the TV’s listings on a tablet PC or smartphone rather than on the TV’s screen, and a series of Avatars used to recommend different types of content from the upcoming listings. 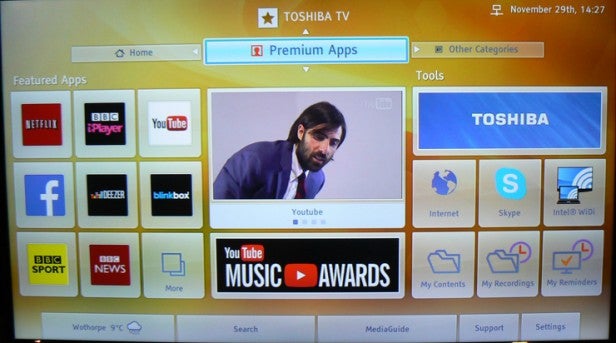 However, the system is ultimately hamstrung by a pretty severe lack of apps and content versus rival platforms, with video streaming services particularly thin on the ground.

Scrutinising the 58L9363’s screen spec immediately uncovers something rather odd. While the set joins its larger sibling, the Toshiba 65L9363, in offering 3D playback, bizarrely it uses an active shutter system rather than the passive system used by the 65L9363. This can only mean that the 58L9363 comes from a completely different panel source given Toshiba doesn’t produce its own panels.

It also means you only get two of Toshiba’s active shutter glasses rather than the four pairs of passive glasses shipped with the 65L9363.

While we’ve found that 4K/UHD TVs are the making of passive 3D thanks to the way they combine a genuine full 1080-line resolution with passive 3D’s benefits of minimal crosstalk and zero flicker, we’ve also been impressed with the way other active 3D 4K TVs (Samsung’s models and the Panasonic L65WT600) have upscaled 3D sources to deliver a genuine 4K experience in the third dimension. Whether we prefer the 3D pictures of the 65L9363 or the 58L9363 will almost certainly depend on the quality of the smaller model’s upscaling processing.

It’s entirely possible that other facets of the 58L9363’s pictures will also differ – potentially considerably – from those of the 65L9363 given the two screen’s blatantly different heritage.

At least the picture features within Toshiba’s set up menus are consistent across both the brand’s UHD panels. Which is a good thing for the most part, as there’s plenty of flexibility on offer, ranging from a wide range of themed presets to a colour management system, gamma controls, and an appreciated degree of control over the CEVO 4K processing engine (via Fine Texture, Brilliance restoration and ReolutionPlus options) used to both upscale standard and high definition sources and even supposedly add more sharpness to native 4K playback.

The 58L9363 delivers an 800Hz-like system via Toshiba’s 800AMR processing system that bodes well for the set’s motion reproduction.

One last feature to mention is the TV’s use of an Audyssey ABX audio system, which uses nifty third-party algorithms to ramp up the sound’s impact and apparent power. 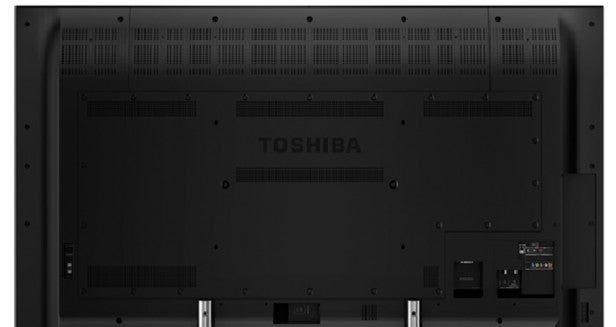 The 58L9363 does a decent job of its initial installation, thanks to some comprehensive and well-presented set up menus. And its toolset for optimising picture performance is prodigious, providing pretty much everything even a pro installer could need.

You do need to be careful in a couple of areas, though. First, the screen is susceptible to backlight clouding, so you’ll need to rein in the backlight output to counter this – we kept it below 40% of its maximum.

You should also avoid any noise reduction systems while watching 4K content and, we’d say, HD content, as they tend to leave images looking too processed and soft.

Motion is, as we’ll see, a tricky area for the 58L9363. For the best results overall we’d say you probably should leave the Clear Scan motion processing mode off, though this setting does come with judder strings attached.

Finally we’d say that – to our surprise – you might want to leave the ResolutionPlus processing on while watching 4K sources, as it introduces a minor sharpness boost that some people at least will welcome given that the 58L9363’s 4K/UHD pictures aren’t the sharpest in their native state.