Motion within the frame looks jerky and ‘flickbook’, and judder levels go up a number of unfortunate gears during camera pans.

There’s also more crosstalk ghosting noise around than we see with the best 3D TVs – though to be fair, the 58L7365DB is better in this respect than some of Toshiba’s previous active 3D TVs. 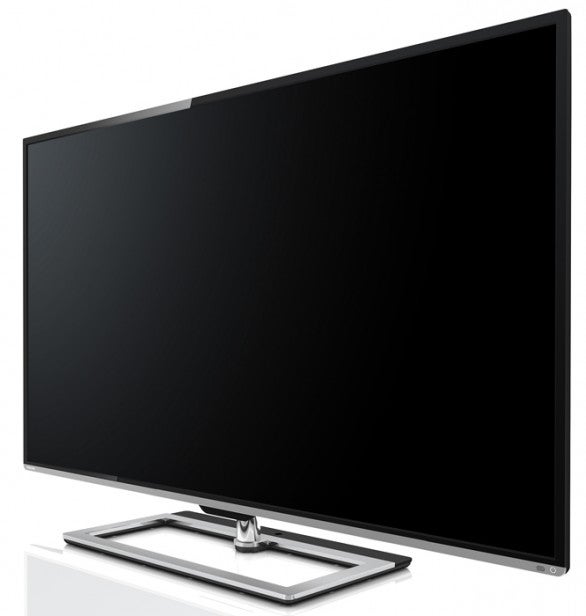 Another issue is Toshiba’s latest 3D glasses, which don’t perch securely on your noise, and don’t cover the full extent of your vision, so that their frames form a barrier between you and the supposedly immersive 3D world.

In the plus column, the Toshiba 58L7365DB’s 3D pictures are bright and colourful, and also deliver markedly more detail than you’d expect to see on a similarly-large passive 3D TV. You don’t have to worry about the visible horizontal line structure and jagged edges inherent to big-screen passive 2K 3D either.

Ultimately, though, it’s hard to see past the motion issues – especially as Toshiba’s motion processing doesn’t work in 3D mode.

The Toshiba 58L7365DB’s audio is fundamentally average. You can crank the volume up to high levels without the speakers or cabinet collapsing into buzzing and fuzzing, which fits nicely with the screen’s fairly epic proportions.  And there’s just enough bass in the mid-range to allow male voices to sound reasonably well rounded.

However, the soundstage lacks definition, leaving dense mixes sounding rather muddy and thin thanks to a lack of any bass or treble extremes, and any real speaker sensitivity.

If you’re up for some king-sized gaming, Toshiba the 58L7365DB clearly has potential. So it’s a bit disappointing to find that it’s a rather mediocre performer where input lag is concerned, taking an average of 42ms to render images after receiving them at its inputs. The 58L7365DB is one of those odd screens where the input lag seems to shift between a good 30ms and a disappointing 63ms too, meaning your gaming performance could feel a little hot and cold. 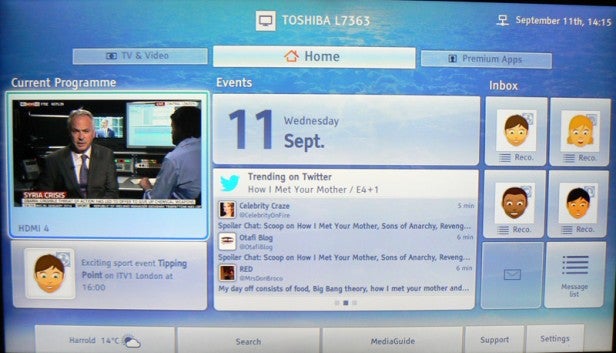 If you’re a real video enthusiast or pro installer, one other feature you may want to check out is an ‘Expert’ submenu containing both a cannily designed Toshiba test screen, and a tool that lets you see just the red, green or blue colour elements of the picture, for simple colour calibration.

The short answer to this question is… maybe. If you’re one of the world’s few serious 3D fans then we’d suggest you look elsewhere, as the Toshiba 58L7365DB is pretty unsatisfying in the third dimension.

However, it’s not bad at all with 2D HD content, making its £1000 asking price look pretty enticing for such a large screen.

If you can spend a bit more and live with three inches less screen size, you should check out as an alternative the Panasonic P55ST60. Or if you want a couple of inches more screen size for around the same money, our experience with its smaller 51-inch sibling, the PS51F5500, makes us suspect the Samsung PS60F5500 would be worth an audition.

Both of these alternatives are plasma models, though; we can’t think of anything else decent we’ve seen from an LCD point of view this year that’s close enough to the Toshiba’s price to warrant a mention here.

The 58-inch Toshiba 58L7365DB is far from perfect. Its 3D pictures are hampered by motion flaws, its input lag is a bit hit and miss for gamers, it lacks online video services, and its standard definition pictures tend to look pretty basic.

However, with the 2D HD content that’s likely to take up the vast majority of most modern viewers’ TV time, the 58L7365 is weirdly much superior to its own smaller sibling, the 50L7355, and as such looks good value for such a big TV provided its rather narrow vein of quality fits your needs.