The Places interface is generally a good effort, though: colourful, clean and logical. Or at least it will become logical once content levels grow enough to justify the way the Places menus divide content up into so many different sections (Video, Music, Social, News etc).

Searching through the 55WL968’s attractively presented menus via the rather uncomfortable remote control reveals a few interesting features. It’s got a solid series of picture presets for starters, including a Hollywood Pro mode with which you can use the auto-calibration system (if you’ve found a TPA-1).

Among the more in-depth picture adjustments at your disposal, meanwhile, are a colour management system, three levels of the set’s auto backlight control system, 2p and 10p white balance adjustments, and the facility to turn on or off the red, green and blue colour elements to help with fine colour adjustments. 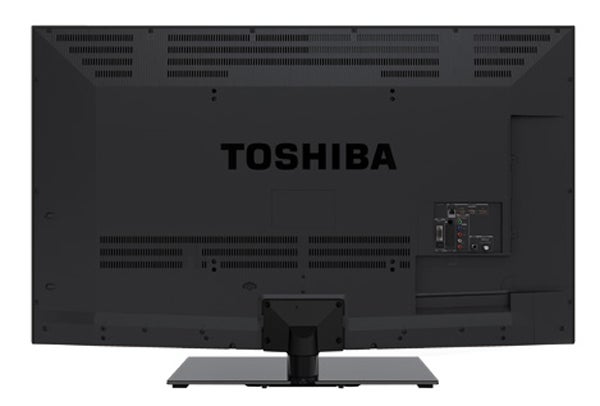 One odd limitation is that you can seemingly only adjust the set’s Gamma via the auto-calibration system; there’s no manual option. But all in all, there’s still enough flexibility here to at least raise hopes that if we find problems with the set’s pictures in their out of the box state, we should hopefully be able to remedy them!

Despite this, though, it quickly becomes apparent that the 55WL968’s pictures aren’t as good as those of its predecessor.

The chief reason for this is that the new model’s contrast range looks markedly more limited – at least when it comes to portraying the darker end of the picture spectrum. Even when using the TV’s Hollywood Night preset, or with the backlight output manually set as low as 30%, parts of the picture that should look black are overlaid with a gentle grey mist.

This step backwards is down, no doubt, to the lack of local dimming in the 55WL968. For the same reason, bright elements in predominantly dark scenes don’t enjoy all that much ‘pop’ once the set’s calibrated to deliver the most convincing black levels, since overall light levels have to be constantly balanced to deliver the best compromise for the image as a whole, rather than light being delivered in different intensities to different parts of the image, as happens with local dimming.

Dark scenes further reveal signs of backlight inconsistency at the image’s edges. These aren’t severe by edge LED standards, and fortunately tend to disappear when you’re watching a nearly completely dark image. They’re also of minimal impact when watching a 16:9-ratio film. However, we did quite regularly feel slightly distracted by backlight clouding when watching Cinemascope/21:9 ratio material, thanks to the way the light fluctuates in the black bars above and below the picture.

It’s worth stressing that in order to get an even half decent black level response from the 55WL968 you need to have its active backlight feature switched on. This feature can cause some occasional over-obvious shifts in the image’s brightness, especially if you use its high setting. But fortunately these distractions aren’t very common using the Low setting – a setting which also retains a pretty respectable amount of shadow detail. 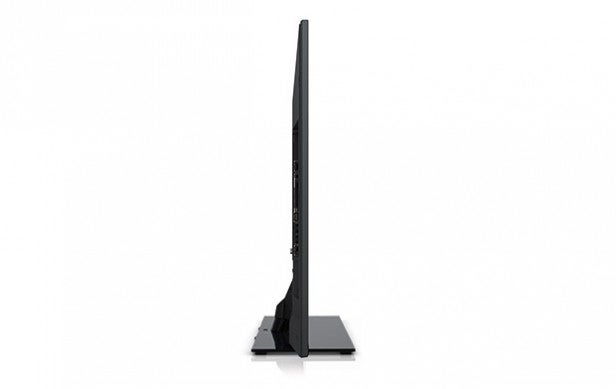 Also important to note is that the 55WL968’s flaws with dark scenes are reduced significantly if you’re watching the set in a relatively bright environment. It’s only when you’ve dimmed the lights for a serious movie session that the problems come to the fore.

There are some good things about the 55WL968’s pictures too, of course. The most surprising concerns its colours. For despite the set not having as strong a black level performance as we’d have liked, it’s capable of producing an impressively subtle, expansive and, above all, natural colour palette, capable of matching up very closely with the key movie industry standards. Even skin tones during dark scenes look more credible than usual – exquisitely so at times.

Motion is handled pretty well in 2D too, thanks to a better motion processing system – dubbed ClearScan – than we’d expected in the CEVO Engine’s absence. It needs to be handled with care; we only used it on its Standard setting, as its High and Medium options made motion look so fluid it started to look unnatural and processed. But the Standard mode really is quite effective.

Turning off the motion processing reveals that the 55WL968 does suffer with a degree of motion blur – more, it seemed to us, than the WL863 models did. So you’ll probably find you have to stick with ClearScan even if you’d rather not.

Used as the main TV for the review period
Tested for more than a week
Tested using industry calibrated tools, discs and with real world use
Tested with broadcast content (HD/SD), video streams and demo discs
Previous
Toshiba 55WL968B Review Next
3D and Conclusions Review