Although relatively chunky TVs like the Toshiba 50L4353 lack glamour, they can sometimes deliver superior audio on account of the extra space their speakers have to play with. To some extent the 50L4353 follows this trend, serving up a soundstage that sounds decently open and spreads quite widely from the screen without losing cohesion.

However, its audio also sounds a little ‘low-fi’ when put under pressure, with a slightly fraught edge to trebles and a rather baggy, imprecise feel to the limited amount of bass the TV is capable of.

We noted earlier that the 50L4353 has a game mode. As well as setting the image’s brightness, contrast and colour so that they’re best suited to gaming sources, this setting reduces the amount of image processing going on in a bid to minimise input lag. And our measurements show that it does a decent job of this, turning in a respectably low input lag figure of 33ms that shouldn’t negatively impact your gaming skills to any serious extent.

Another good feature of the Toshiba 50L4353 is the way it allows you to sync up your TV listings to your Android or iOS phone or tablet via a MediaGuide app, so that you can surf the listings faster and without interrupting your on-screen viewing.

The previously mentioned calendar sharing system is a good idea too, though it’s a pity there’s no Android support for this yet. 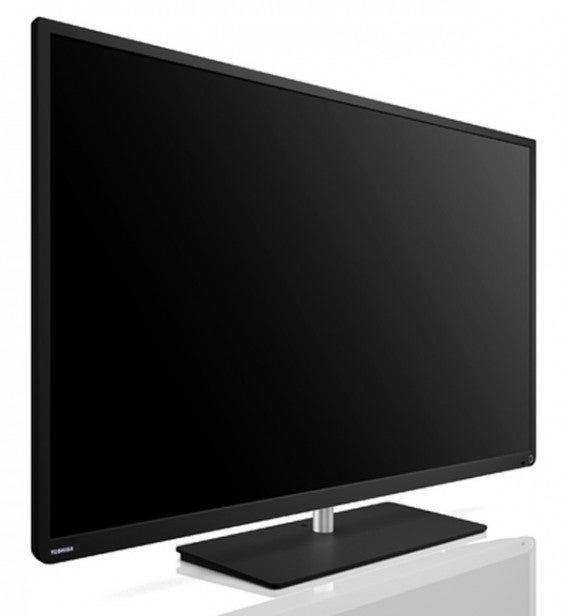 If £600 is your maximum budget and you’re looking to maximise your screen size then clearly the Toshiba 50L4353 has to be on your radar. Indeed, we can’t really think of any similarly affordable 50-inch TV we’ve tested this year.

If you can stretch your budget to £795, though, you could get to the impressive Panasonic L50E6 instead. Or another option would be to compromise on size and maybe go for the 42-inch Sony Bravia 42W653, or the 42-inch Panasonic P42ST60.

To be fair to the Toshiba, though, to some extent all we’ve managed to do with these alternatives is underline just how incredibly cheap the Toshiba 50L4353 is.

You’ve got to admire Toshiba for managing to make a passable, reasonably feature-rich 50-inch TV available for under £600. However, if you find the 50L4353’s price just too attractive to resist you do also need to be aware that the deal comes with some picture quality strings attached.