As noted earlier, pretty much all of the Toshiba 50L4353’s picture presets result in pictures that look slightly uncomfortable. And there’s one simple reason for this: the way the Toshiba 50L4353 struggles to portray a convincing black colour.

Dark images and scenes suffer with two quite overt issues. First, where you should see blackness you instead see a rather milky, even slightly green-tinged mist. This robs dark scenes of dynamic range, and can also make dark colours look rather unnatural, especially where skin tones are concerned.

The other even more significant problem is that dark parts of the 50L4353’s images contain practically no shadow detail. This means they look hollow and unconvincing – more like holes ripped from the image than integral parts of it. 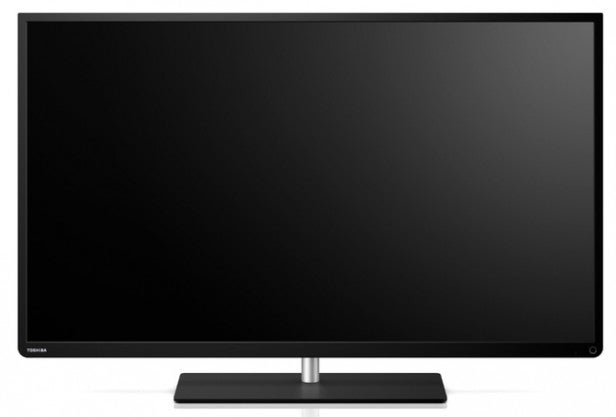 This problem perpetually has you feeling frustrated that you’re not seeing the whole image, and if you’re like us you’ll be perpetually fiddling with the picture settings in a bid to fix the issue. But you never can – not completely anyway. The AutoView setting produces the most consistently tolerable results – but ‘tolerable’ is hardly a ringing endorsement, is it?

Other aspects of the Toshiba 50L4353’s pictures are thankfully happier. Notwithstanding a few difficulties handling dark tones, its colours are decently punchy and can be calibrated to look quite natural during bright scenes.

HD pictures look passably sharp too. Not emphatically so, perhaps, but this isn’t necessarily a bad thing, as it means the set doesn’t succumb to dot crawl or forced edging.

You can make HD look grittier if you wish by calling in the Resolution system, though personally we felt this was a bad idea, as in sharpening the image it also upped the noise levels too much. With this in mind it might have been nice if Toshiba had given us more control over the extent to which Resolution works, but as it stands you can only turn it on or off.

When it comes to motion, the 50L4353 is slightly better than expected. The key to its success is its sheer simplicity; with only the on-board 100Hz engine at its disposal while there’s certainly a touch of resolution loss over moving objects motion at least looks quite natural and untroubled by unwanted processing side effects.

While we’ve been generally negative about the 50L4353’s black level handling, there is one decent piece of news in that the backlight illumination is delivered evenly across the screen, without the appearance of distracting ‘hot spots’ of extra brightness.

There is one more bad piece of news to finish on, though. For if you watch the TV from an angle of more than 30 degrees or so, the already very average contrast performance becomes even less convincing.

Used as the main TV for the review period
Tested for more than a week
Tested using industry calibrated tools, discs and with real world use
Tested with broadcast content (HD/SD), video streams and demo discs
Previous
Toshiba 50L4353 Review Next
Sound Quality and Conclusions Review