Just last week we looked at Toshiba’s new entry-level full HD 42in TV, the Toshiba 42HL833. But while it was perfectly acceptable, it didn’t impress us nearly as comprehensively as some of Toshiba’s previous budget models. We’re hopeful, though, that Toshiba’s step up 42in model, the 42RL853, will impress us rather more. Especially as one of those marvellous Internet pricing quirks we sometimes come across means we’ve actually found the 42RL853 selling more cheaply at £579 than its less well equipped 42HL833 sibling!

Aesthetically, the 42RL853 establishes superiority over the 42HL833 courtesy of an extra strip of silver in its bottom edge, a more elegant desktop stand, and slightly reduced height and depth measurements. This might not sound like much, but even these minor changes do actually make the 42RL853 look less like a budget TV than the 42HL833.

Spinning the TV around reveals that its connections mostly face straight out rather than being positioned for side access – something which could prove problematic if you wanted to hang a 42RL853 on a wall. Though we suspect – as does Toshiba, presumably – that not many people at the budget end of the market will be bothered with hanging their TV up. 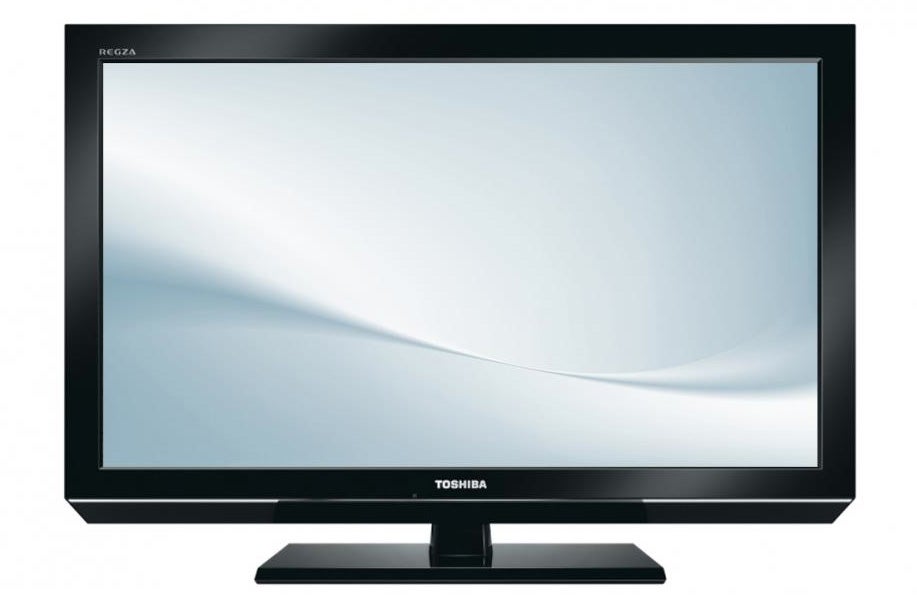 In fact, the 42RL853 is very unusual by today’s standards in that it actually arrives already attached to a desktop stand. Which meant we didn’t have to fasten it on to a stand ourselves. Bonus!

The provision of the extra HDMIs speaks for itself in terms of the 42RL853’s ability to connect to more high quality sources, while the extra USBs make it possible to make the TV wi-fi via an optional dongle, as well as allowing you to attach multiple USB devices containing photo, music or video files.

The LAN port is arguably the single most significant addition to the 42RL853’s connection list, though, for it indicates a number of cool things. First, it’s there as mandatory support for a built-in Freeview HD tuner. The 42HL833, by comparison, only had a standard definition Freeview tuner.

It also offers access to content stored on a networked, DLNA-ready PC (though setting this up is a little more complicated than usual), and it even provides access to some online services, namely the BBC iPlayer, YouTube, and the Flickr photo storage ‘cloud’ site.

It should be noted, though, that these three Internet services are ‘stand alones’, accessed directly from the 42RL853’s onscreen menus, rather than being part of a wider online ‘Smart TV’ system. To get access to such a system on a Toshiba TV, you’ll need a set equipped with Toshiba’s ‘Places’ online platform. These models start at the brand’s SL863 level.

Still, while the 42RL853’s online features aren’t exactly comprehensive, the three services you get are genuinely useful ones, and any online functionality arguably counts as a bonus on a 42in Freeview HD TV costing comfortably less than £600.

Also a handy bonus on such a cheap TV are its surprisingly extensive picture management tools. You can, for instance, adjust the hue, saturation and brightness of the red, green, blue, yellow, magenta and cyan colour components, as well as shifting the image’s black/white balance along a simple sliding scale, and adjusting the image’s gamma level over plus or minus 15 stages from its default position.

White balance can be adjusted using either the 2p or 10p system, too; a test pattern covering everything from detailing to contrast and colour steps is provided if you want to use it; and there’s even an RGB filter with which you can take each of the primary colours out of the picture individually to aid colour tuning. This is all seriously impressive stuff that humbles some TVs costing twice as much. 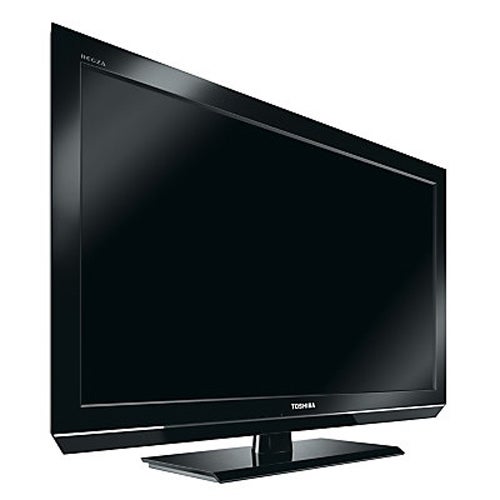 The gamma and colour management tools definitely yield benefits when used in conjunction even with something as easy to get hold of as the Digital Video Essentials HD Basics Blu-ray calibration disc.

Although we’ve come up with a significant amount of feature differences between the 42RL853 and the 42HL833, their core picture engines actually appear to be more or less the same. For as well as both using edge LED lighting, they’re both 50Hz only models, delivering claimed dynamic contrast ratios of 3,000,000:1.

However, the extra calibration tools on the RL853 model should help you get more out of the picture engine, and there’s a potentially significant extra trick up the RL853’s sleeve in the form of Toshiba’s Resolution system for increasing the sharpness of (especially upscaled standard definition) images.

It certainly seemed to us that the 42RL853’s pictures are at least a couple of notches better than those of the 42HL833. There’s a little more nuance and naturalism to its post-calibration colours, for instance, which means they combine the already good vibrancy levels for a budget set with greater subtlety and tonal accuracy.

It’s also possible to make standard definition pictures look sharper than they did on the 42HL833 without, crucially, introducing unpleasant amounts of noise. Provided, at least, that you don’t push the Resolution setting too high – we’d suggest leaving it at level 3 at the highest, and level 2 is probably safest.

The 42RL853’s motion handling, meanwhile, remains as surprisingly clean for a 50Hz LCD TV as it was on the 42HL833. There’s not really any motion trailing at all, and while there is some resolution loss over moving objects, it’s not severe by any means for the budget end of the market.

The brightness of the 42RL853’s pictures is striking for a budget TV too – and it’s here, we suspect, where you get the most benefit from Toshiba’s shift to edge LED for even its budget 2011 TVs.
As with the 42HL833, though, the edge LED engine in the 42RL853 turns out to be a double-edged sword. For while light images look bright and breezy, the screen struggles to portray a convincing black level during dark scenes. There’s a general grey pall over blackness that none of the provided image presets – even the darkest ‘Hollywood 1’ one – get close to solving. 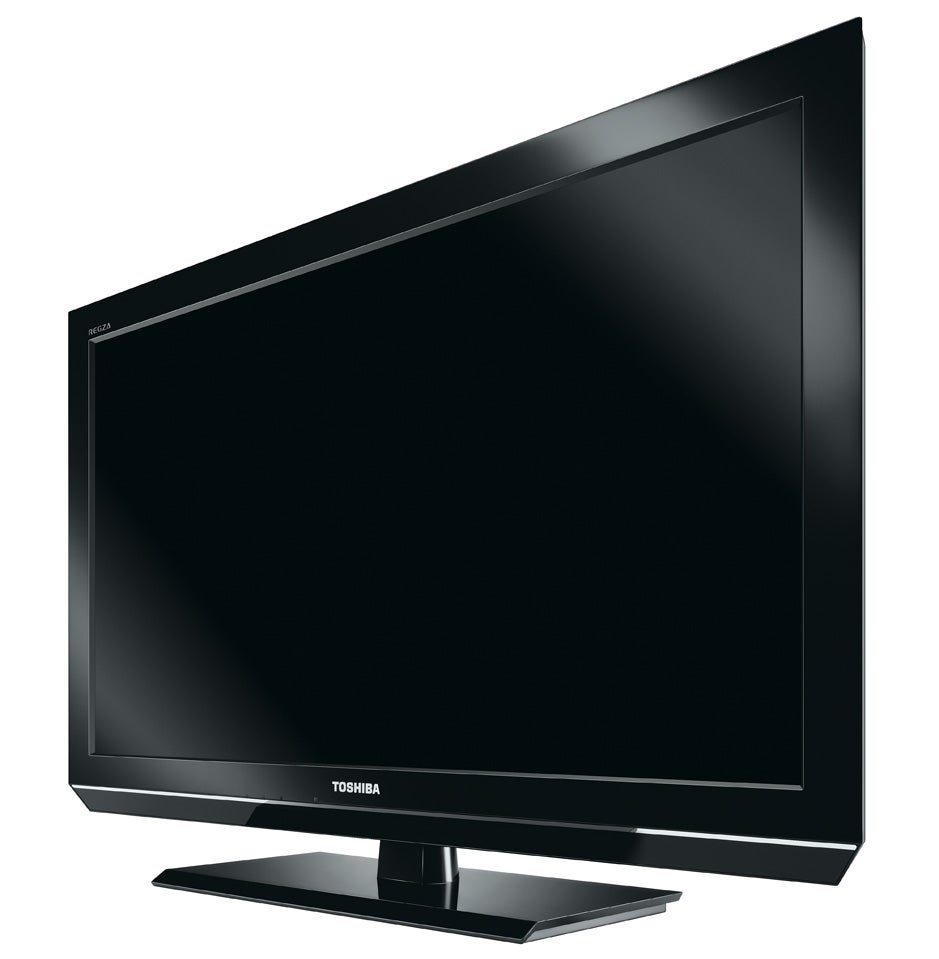 Manually reducing the backlight output to practically zero just about put the grey misting effect to bed, but the resulting images were so dim that you could only contemplate watching them in a completely dark room. And even then you’d most likely feel that they lacked too much pop and shadow detail to bother with.

One thing in the 42RL853’s favour compared with the 42HL833, though, is the fact that its backlight levels seem more consistent. In other words, there aren’t any areas of the picture during dark scenes that look distractingly brighter than others, so long as you haven’t got the backlight level set too high.

Concluding our assessment of the 42RL853’s performance with its audio, oddly it didn’t seem to perform quite as well as the already average 42HL833. This is really weird, as according to Toshiba’s spec sheets the 42RL853 actually has more power than the 42HL833. But it really seemed to us as if the more expensive model’s soundstage was thinner and less punchy, especially at high volumes.

The only thing in the 42RL853’s audio favour is that it seems to handle treble detailing with more sensitivity – but this doesn’t really mean much in the context of the 42RL853’s thin mid-range and painfully limited bass.

Verdict
The 42RL853 does enough with its features and handling of normal, day to day TV fodder to be well worth considering by anyone out to maximise their screen-size-to-budget ratio. It’s certainly a preferable option to Toshiba’s own 42HL833, and comfortably outclasses anything you’ll find from the sort of ‘no-name’ brands often found knocking around in the 42RL853’s ultra-affordable territory.

If you consider yourself a movie fan, though, the set’s black level and audio issues will likely represent a compromise too far.