Let’s do the bad news first. Namely that, as suspected given the 42L7453DB’s IPS panel, native black level response is very average. Unless you knock the backlight setting way down when viewing in low-lit rooms you’ll find dark scenes looking greyed over and unconvincing. This is unfortunate, of course, because it means you basically have to remove a huge amount of that extra brightness Toshiba is so proud of.

It’s also a shame because at the point where the backlight has been set low enough to make dark scenes look convincing, quite a bit of shadow detail has been crushed out of the darkest corners, leaving them looking empty and flat. 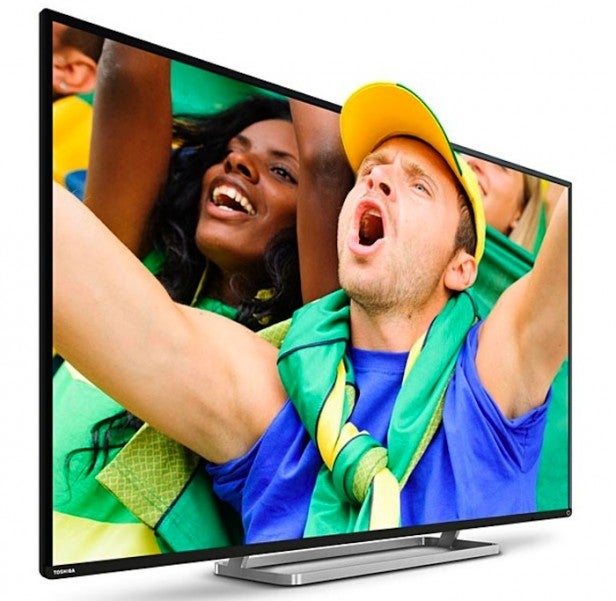 In this shadow detail respect the 42L7453DB seemed slightly less able than its bigger counterpart, the 47L7453DB. That’s not the only difference either, for we also saw more slight backlight clouding on the 42-inch model – particularly over a section of the top left of the picture.

Follow our set up advice and you can get black levels looking respectable. But you can’t get them close to the best we’ve seen from some rival non-IPS panels this year.

One other odd point to mention here is that we found it almost impossible to spot the impact of the local dimming engine that’s supposed to be working inside the 42L7453DB. On the upside this means we didn’t see the sort of light blocking problems around bright objects that you can get with some locally dimmed sets. But nor do you really feel the extra contrast range and image dynamism local dimming is designed to deliver.

In most other respects the 42L7453DB performs well. Colours look natural, balanced and free of blocking or striping artefacts (at least with HD), though tones can feel slightly muted during dark scenes as a result of the black level shortcomings.

Motion is well handled with 2D too, with little loss of resolution over moving objects and minimal judder. Things aren’t so good with 3D, but we’ll cover that in the next section.

Pictures aren’t generally the sharpest we’ve seen, especially if you opt against using the Resolution system. But this does mean they avoid the noise that can characterise screens that focus heavily on sharpness, making for a more immersive experience.

Finally, pictures really are intensely bright and colourful when you’re using them in bright conditions and so don’t need to remove so much backlight intensity, making the set an unusually strong set for use in very bright environments like kitchens or conservatories.

Used as the main TV for the review period
Tested for more than a week
Tested using industry calibrated tools, discs and with real world use
Tested with broadcast content (HD/SD), video streams and demo discs
Previous
Toshiba 42L7453DB Review Next
3D, Sound and Conclusions Review