As with its 2D pictures, the 40L7355DB’s 3D pictures are mostly good but let down by a single but significant flaw. This flaw is not, though, the same backlight clouding one; the dimming effect of the active shutter glasses disguises any brightness uniformity problems quite effectively. No, with 3D the problem is that old active 3D chestnut of crosstalk noise, which finds objects in the mid and especially far distance tending to appear with obvious double ghosting noise around them.

This is particularly unfortunate as were it not for this problem the 40L7355DB’s 3D pictures would look impressively crisp and detailed, with the TV clearly delivering active 3D’s ‘full HD’ resolution advantage (over the rival passive format).

The TV’s strong contrast also plays its part in the 40L7355DB’s 3D performance, helping it portray a vivid and natural sense of space with plenty of well-defined depth markers clearly in play.

Motion is reasonably well handled too, with less judder than we often find on affordable 3D TVs. But the crosstalk is sadly never far away from rearing its head again. 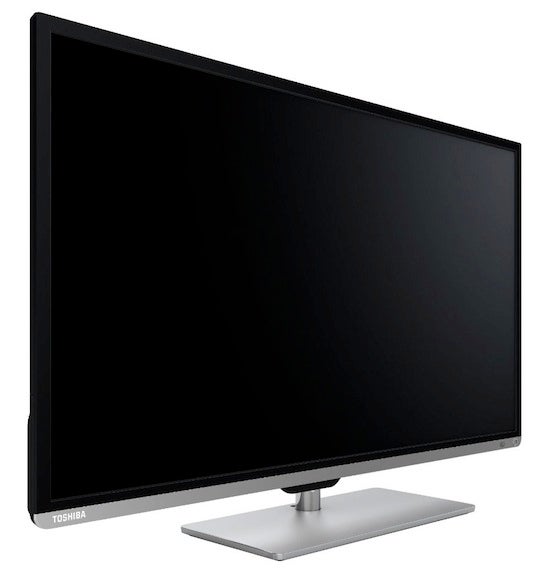 The 40L7355DB is pretty run of the mill where audio is concerned. It doesn’t have the sort of dynamic range or mid-range openness that distinguish the best-sounding flat TVs in town, but it just about retains enough clarity and detail at high volumes to avoid slipping into below-average audio territory.

As with most other Toshiba Smart TVs we’ve tested this year, the 40L7355DB is sluggish to operate regardless of whether you’re using its online or normal setup menus. It even takes a second or so after you’ve pressed the standby button to power down!

This makes for a frustrating user experience – especially as the set’s sluggish response finds you frequently pressing a button twice (and thus ultimately making a double selection) because you thought the set hadn’t registered your first press.

Not helping this situation is the fact that the TV doesn’t always register button presses on the remote as well as it should, due it seems to a rather limited reception angle from the TV’s IR receiver.

Gamers thinking the 40L7355DB sounds a potentially great value 40-inch PC/console monitor, meanwhile, will be slightly disappointed to hear that we measured the screen’s input lag at around 67ms. This is roughly twice as high as we’d like to see from an LCD TV, and will damage your performance at least a little with reaction based games. 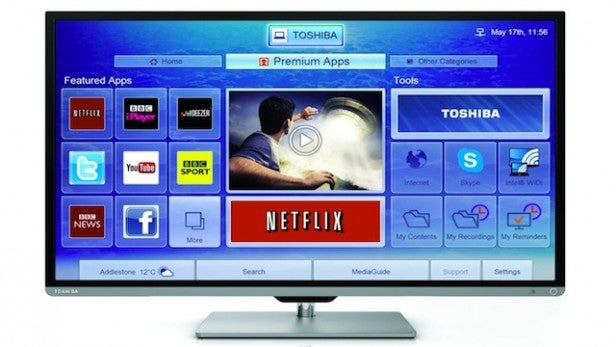 If you tend to watch your TV in fairly bright room conditions, you certainly could strongly consider buying a 40L7355DB, since in many ways its pictures are excellent for such an affordable TV. It’s only when you dim the lights for a serious movie viewing session that its problems with backlight clouding become troublingly apparent.

This backlight clouding could well kill the 40L7355DB for home cinema enthusiasts though, and while we applaud the 40L7355DB’s attempt to deliver a full HD active 3D solution at an aggressive price the set’s crosstalk woes make it a rather uncomfortable 3D performer overall.

One further point to mention is that if you’re looking for a TV (rather than an external set-top box solution) to provide your smart TV/catch up streaming solution, Toshiba’s currently rather under-populated Cloud TV platform isn’t likely to give you much satisfaction.

To be fair to the 40L7355DB, for the majority of your normal viewing time it’s a pretty stellar effort for a 40-inch TV that can be yours for under £450. However, some pretty excessive backlight clouding raises its frustrating head during dark scenes, 3D is plagued by crosstalk, and Toshiba’s Cloud TV service needs to add more content – and speed up a bit! – if it wants to rival the best smart platforms in town.